Day started early, I had clock waking me up at 05:00, quick shower and off I go. Anne was still almost sleeping…

At 06:05 I had everything on the bike and engine running. Plan was to drive as close to Iran border as possible using D-400 road. 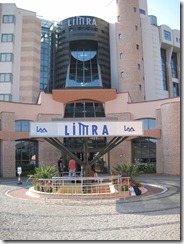 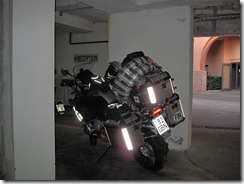 Beginning was the same as before towards Antalya, after that excellent highway but then road started going around some mountains and mileage stopped running. It was soon pretty clear that I could not drive the 1600km to the border, but something less than that. 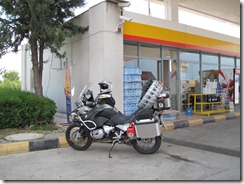 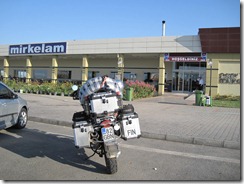 At some point I hit even bigger highway, some 450km excellent driving at 130km/h so that took me a bit further.j

At end of day I had driven 1062km in 14 hours, not that bad. Decided to take an early night when darkness arrived, found hotel just as ordered.

I still have some driving to do Team 1 & Team 2 are already very close to each other:

Above can be seen in http://www.juvander.fi/FIN2PAMIR.

This was the route: 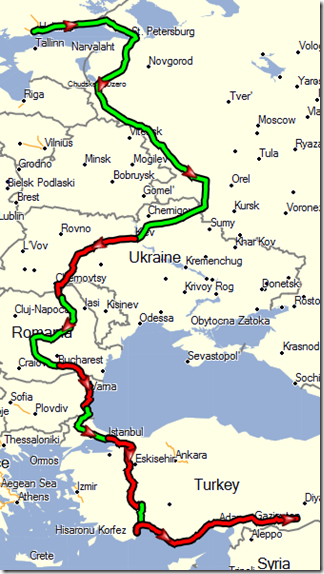 5924km in total. And actually some extra as I visited Antalya to get my bike service.

My family is now back in Espoo, Finland. Arrived a bit late due to issues with the plane. But anyway are now safely back home.

18 Days to go before starting the journey!