Already last year I was driving with AutoTune on my bike, but it was only with single O2 sensor. After dyno runs I took my bike last year maps looked like this.

During the last winter I decided to upgrade it to have two O2 sensors, one for each cylinder.

On the way to Turkey we were two bikes, mine is 2009 and other one was 2007 GSA with slip-on installed with KAT removed (I have also Akrapovic 2-1-2 full racing exhaust + K&N air filter). When comparing fuel consumption there was very little difference, depending on the road some ½-1 liters for each 500 km so nothing.

Now after driving some 20tkm with these two O2 sensors installed I have now these maps: 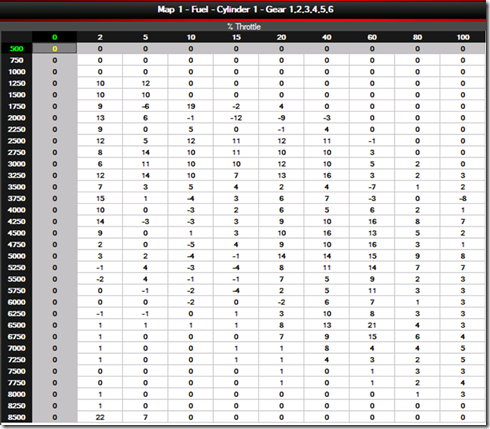 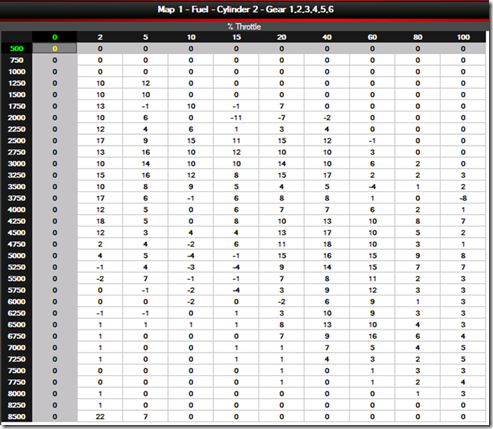 So yes, there are some difference on cylinders, not much but there is.

Compared to last year, bike runs even smoother than before, especially when going slow on though roads.