Got an early breakfast, packed bike and on the road again.

It was about 80 km in two hours and I reached small border crossing Vermosh to Albania in the north. Border activities went smoothly, there was nobody else at the border when I arrived.

On Albania side road started as gravel road, but soon turned into paved one which was full of dust, sand and rocks. Needed to be extra careful while driving.

And this ended very soon as well and then started some really bad road which lasted some 60 km and it took almost three hours to ride this through. And this was the main road out from this area… Not much other traffic came across or needed to pass by.

After this I should have had my first special route, but beginning of it looked really too small for me to ride alone so after thinking two seconds I decided to skip it and go via bigger roads to next one.

Second special route failed as well, this time road just vanished, cannot really trust these maps that much. Classification of roads is really poor, cannot see anything how the road is going to be based on that.

From this I needed to turn back on second special route

So just took the easy one and ride via the highway to next city Kukës. On here I did not have any hotel reserved so it took a while until I found one: Hotel Shahu which is on Rr. Universitetit, near the Stadium. It had also WiFi in the room, two other hotels that I tried did not have so skipped those. 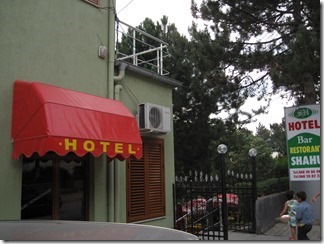 Got my bike parked behind the hotel where gates were also closed for the night. 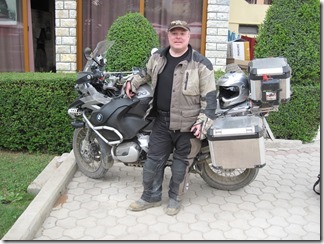 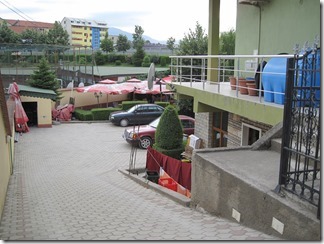 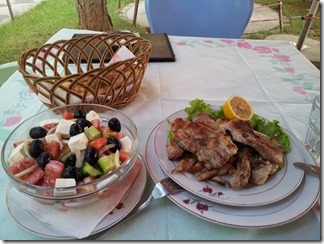 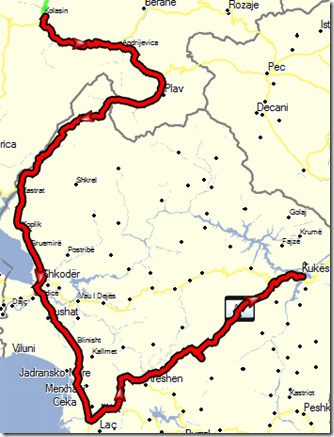 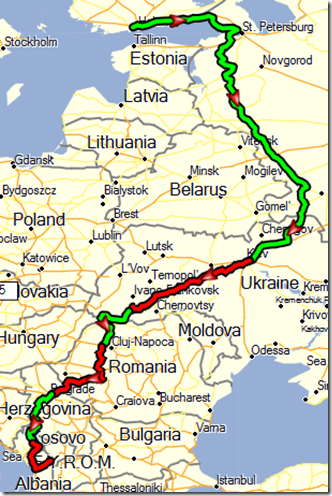