Had a bit lazy morning, recovery operation from yesterdays drive was still on-going… 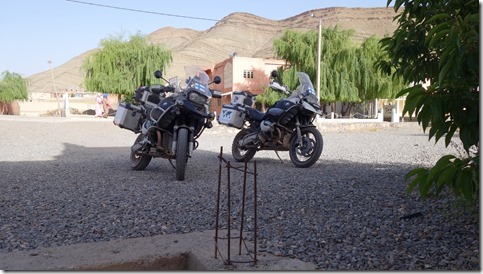 While waiting breakfast there was good time to do some maintenance work: new break pads for Janne. 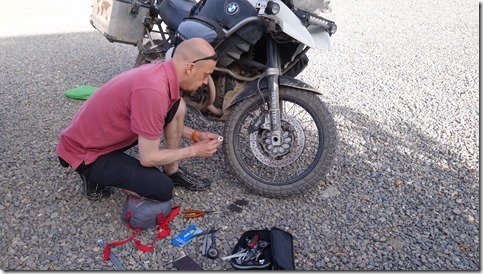 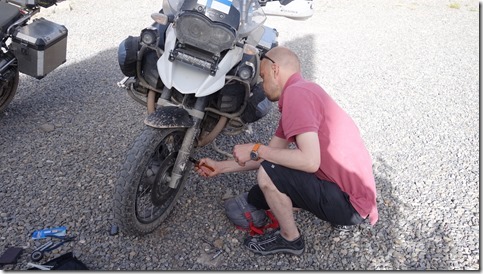 And to admire some Morocco building style, these would not really work in Finland: 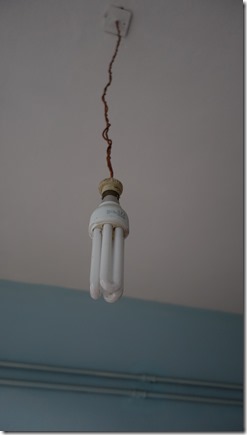 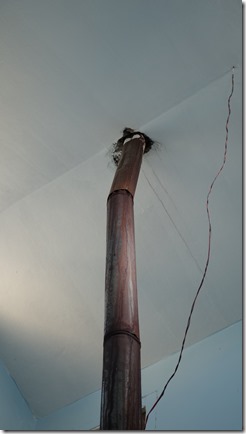 Finally breakfast arrived as well: Coffee and some bread. 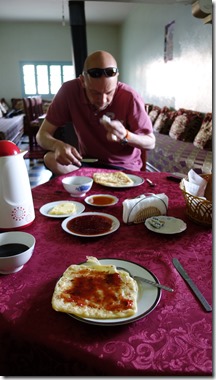 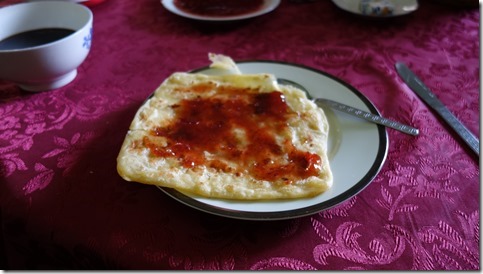 And just after 10:00 we were ready to drive again.

First stop was to see a nearby lakes. This first one we stopped was a bit further away from the main road: 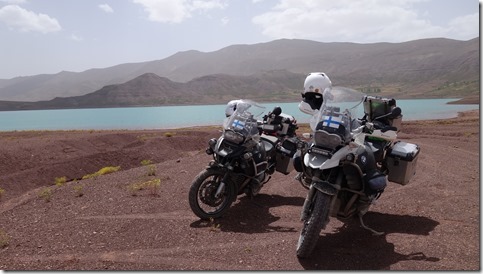 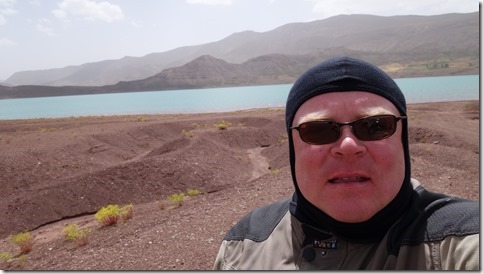 Second one was the one I passed already two years ago. 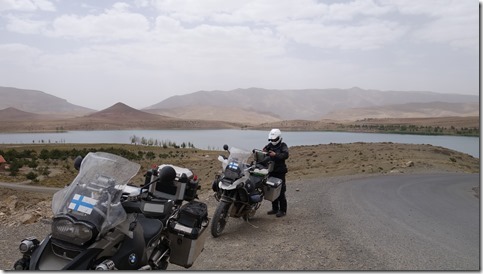 After driving some three hours Janne needed some more water so we needed make an stop in a city. This was a very crowded place, to stop in this place alone would have been quite a nightmare. While Janne was shopping I was watching over the bikes. 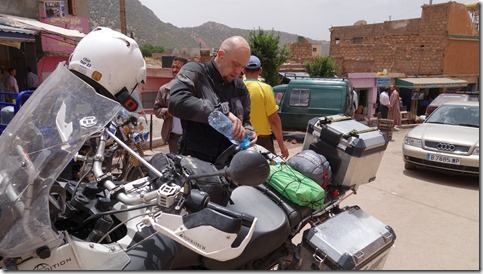 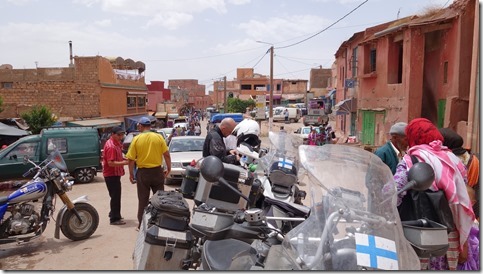 Lucky for him there was one person talking English so he got a bit easily more water.

We had planned some more offroad routes for this day as well, but on the village where we needed to make a decision whether to go after more offroad routes or to take alternative more easier route I stopped and asked from Janne what to do. Answer was quite clear: Let’s take the easier one!

Looked at the map and saw that Meknes was on our original route so I just started heading towards that.

On the way I had a close call on one crossing, some loose sand on the road and I went into ditch with my bike. Lucky for me I did not fall down so with a help from Janne I just drove out from there and we continued forward.

Just before arriving in Meknes we stopped to find a hotel from GPS and immediately both of us spotted the same hotel: Ibis.

We needed not to think twice before heading that way.

And that was not a wrong decision. Once we arrived and confirmed the price (700MD, ¨62EUR) we were sold. Room should have included air conditioning as well, but something was wrong with that so we were left in a quite humid and warm room 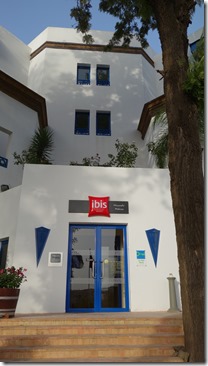 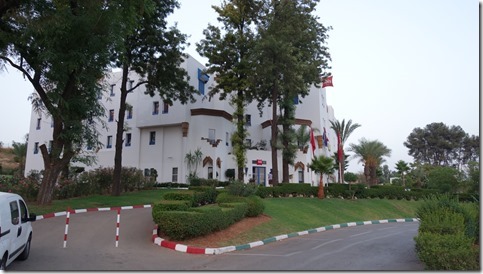 But, we got the reward: Ice cold beer from the bar at the hotel. 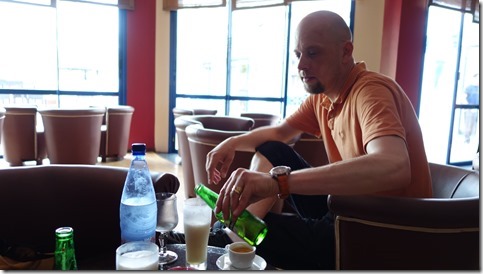 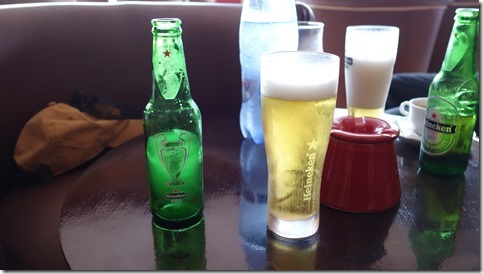 One can only imagine how well that one bottle tasted!

And on top of this, pizza in Pizza Hut. We were the only customers in this place due to Ramadan. At first we were not even sure if the place was open or not, but it was. 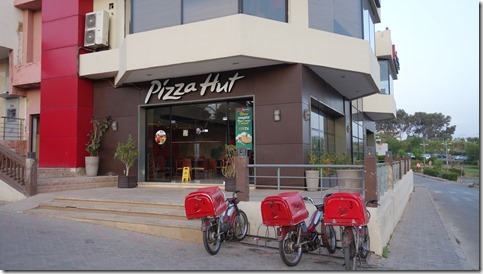 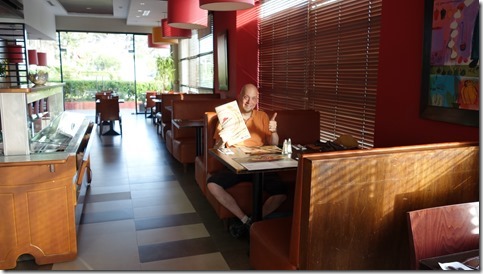 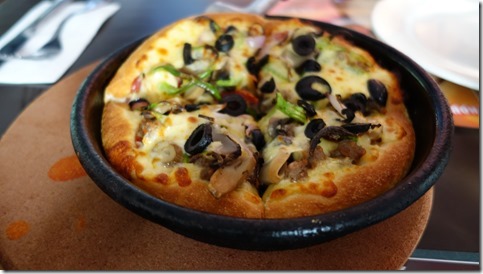 And Janne just needed to get some dessert from nearby MacDonald's: 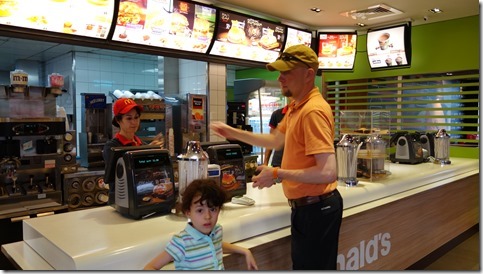 After this day was done. This days driving was 344 km in 7 hours: 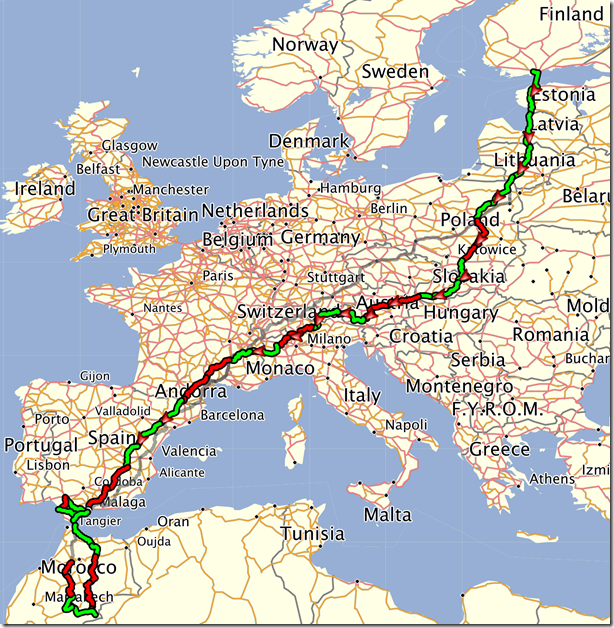