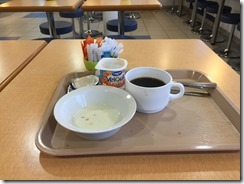 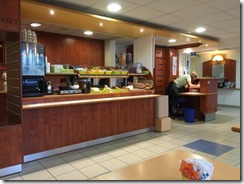 By 08:00 I was on the road again, for this day planned route was simple: fastest route to destination.

Just before entering Germany my bike started showing that it is time to get more fuel. I saw one potential fuel station on the route, but managed to miss that. End result from this was that I ran out of fuel – 100m before next fuel station! 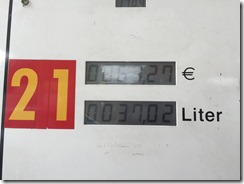 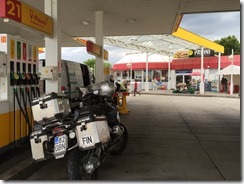 For 20km or so I had already been in fuel saving mode and just drove behind one truck, but still ran out of it.

This was the only stop on the way and after 632km/7 hours later I was in my destination for next two nights.

On the way it rained quite a lot around Stuttgart, but stopped soon.

I was still having lots of issues with my Continental TKC70 tires, could barely keep in the pace of other cars on the German Autobahn. Still 120km/h top speed on these tires. Not good. 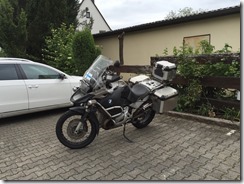 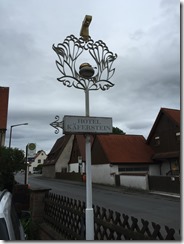 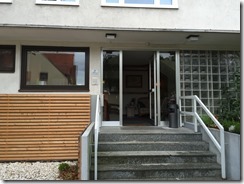 Radio and alarm clock in the room as well, not functional: 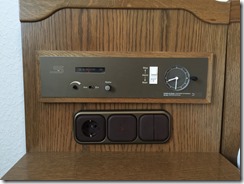 Hotel is small village hotel few kilometers out from next bigger city where I have a meeting scheduled for tomorrow.

After a while it started raining in here as well, but I was already indoors.

Dinner was going to be in the village’s only restaurant, but as it was closed I took the next best option: Warm water and Elovena porridge. 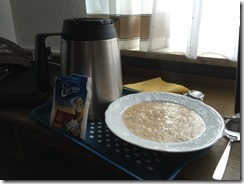 Rest of the evening went by finishing my material for tomorrow. 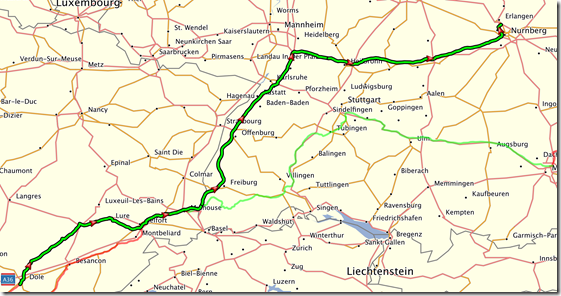 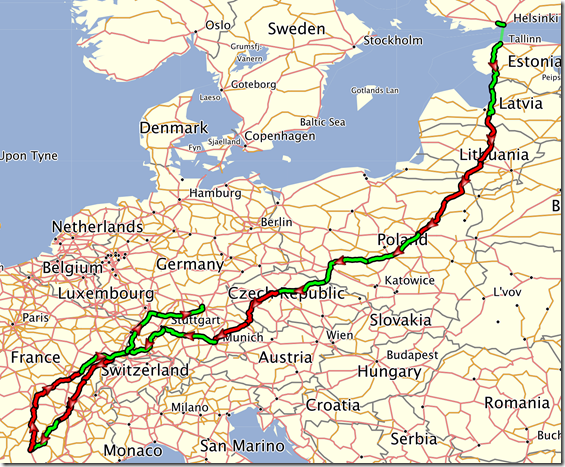