Day started with excellent breakfast, will take through the day easily. 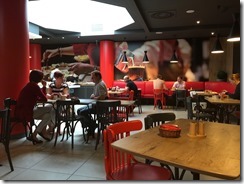 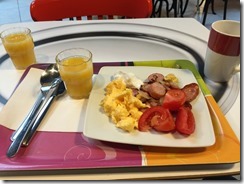 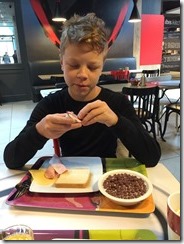 When travelling alone I am usually very early at the breakfast and most of the time I have been there alone. This time breakfast area was quite full as our normal time for breakfast has been 08:00.

We were on the the road again right after 09:00, a bit earlier as we had long way to go and we were also loosing one hour due to time zone change when driving from Poland to Lithuania.

For some reason I chose the route via Białystok, earlier this year I have driven three times via Łomża and this was some sort of mistake. There are lots of road works on the way for tens of kilometers. We lost some 15-20 minutes travel time on this route.

We took first stop in Białystok where I also put on my rain suite as it was looking as it would rain soon. 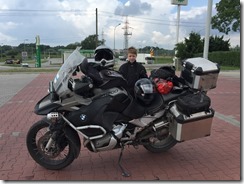 It had rained already some on the way, but just before Kaunas we got into heavy thunderstorm and rain. Could barely see where we were driving!

I was covered with my rain suite, Max had Rukka’s driving outfit which kept him dry except for the gloves.

In Kaunas we made second stop to refuel and as it was raining all the time we decided to continue directly after this.

Few kilometers after Kaunas rain stopped but started soon again. We were stopped for 20 minutes on different road works and it was not much fun sitting there on the bike getting all wet!

In Bauska we made third stop to eat and as it was getting late I called into our next hotel to put the sauna on so that when we get to the hotel we get directly into sauna. Dinner was Mega Burger at local Hesburger, just to get something to eat and fast. 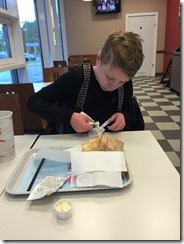 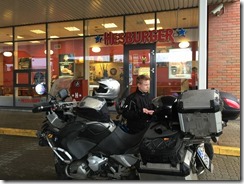 There was also another Finnish biker coming from Hungary, looking for a hotel. 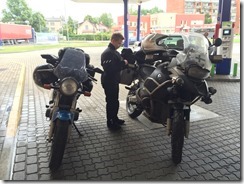 Was telling him that we have a good place with sauna waiting, but he was too tired to drive anywhere anymore and was simply getting a room from Bauska and a hot shower.

We arrived into Hotel Annabella in Riga a bit after 20:00, got into room and went directly into sauna! 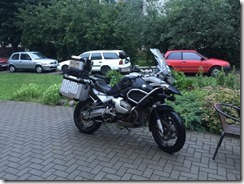 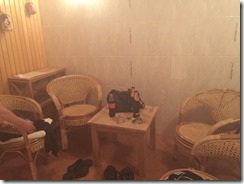 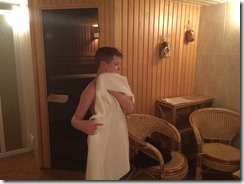 Sauna saved our day. Not the best sauna I have visited. Needed to drink bottle of beer to get a tool to throw water into the stones. There was no equipment in sauna to do that!? Go figure, but problem solved so we got ourselves warmed up again.

Cooling down outside after sauna, rain had still not stopped but it was not raining that heavily anymore. 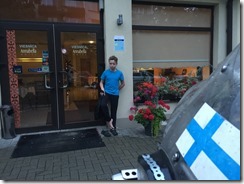 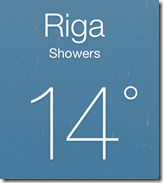 This day was 705 km in 10 hours. Under normal conditions this would have been 9 hours drive… 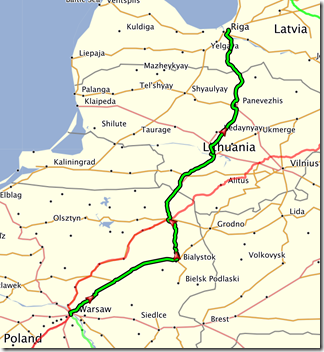 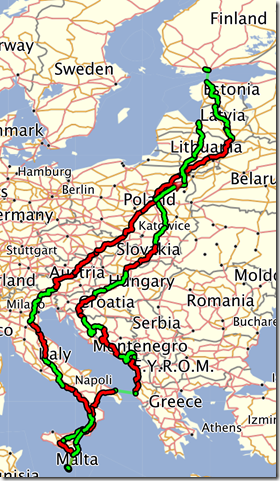 Tomorrow we will still have some 300 km drive to Tallinn and 13:30 ferry to Helsinki!

Day 24: Towards Giugliano in Campania, Naples