I’m attending for the second time for Gold Rush 2010 (Kultaryntäys) event which is organized by IBA Finland ry.

If you calculate plain average speed it gives you little over 100km/h without any breaks! So driving 24h this speed. In real life we will be driving faster than that and fewer hours. Average planned speed is going to be 116km/h and on the BB3000 Gold which I will be taking we are planning to sleep some 4 hours between the days.

We start driving on 1st of May from Stockholm / Sweden where we will also end this after 48 hours later.

This time I will be driving with my BMW R1200GSA to get used to the bike for coming summers adventures. 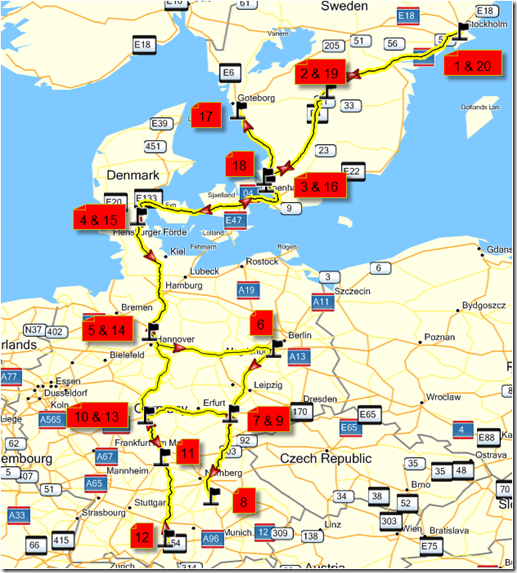 Red squares are numbered along the route and represent our places for refuelling.