From Astana we planned to start going forward with a breakfast at the hotel. In this hotel breakfast started as late as 08:00, so we actually got around 09:00 to the road again.

Plan was to drive as close to Russian border as possible.

Once we got out from the city road changed into pretty bad one, next 70 km was all road work and slowed us down quite a bit.

By accident, we managed to choose a partly different road than M36 which guys had been using before, this was pretty new and in good condition.

Driving was good and everything went well, so by evening we were already on the Russian border crossing at Troitsk.

Border crossing was pretty hassle free, only thing they wondered about was some missing papers which we did not get when entering Kazakhstan from Kyrgyzstan border at Bishkek. But they understood the issue and just let us through. At this time it was already getting quite dark and we were wondering where to get a sleeping place. From one border guy we heard about a possible sleeping place some 15 kilometres from the border, before Troitsk city.

This place turned out to be some truck stop where all truckers were sleeping behind closed gates and there was also one old train where others could sleep.

This was my sleeping place: 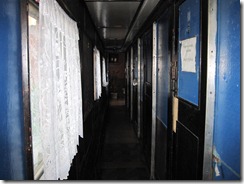 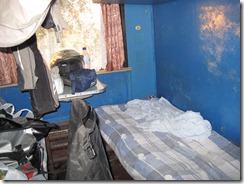 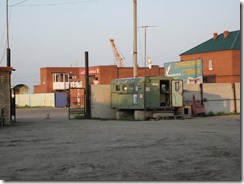 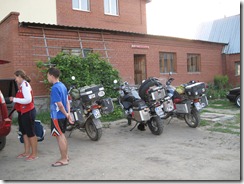 This train was actually inside this building: 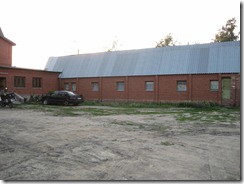 Place was not a fancy one, but it had a toilet and all and for extra cost an shower as well. As we had shower in Astana, no need for that in this place 😉

Managed to get also some shashlik from the nearby cafe so this day was full for us.

Total for this trip is now 13831 kilometres. 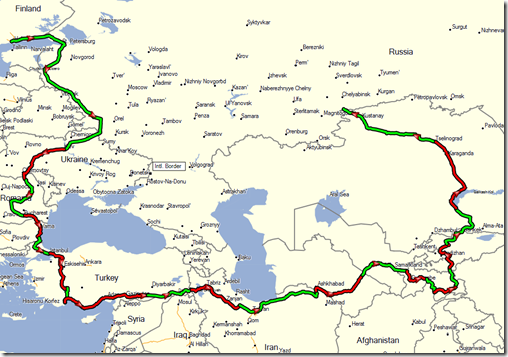 As we are now pretty much on transit back to home, no extra stops on the way. Just driving to get home.