My nice idea was to go around Moldavia and enter Romania from north, but that all ended up in disaster.

First everything looked nice, I was driving and enjoying life! After driving 35 km I took this picture:

Who can put better mileage on BMW R1200GS Adventure? I challenge you!

But then all hell broke loose.

First Zumo guided me into slippery unpaved roads which I first did not believe, but I decided to continue anyhow and it turned worse and worse. At the end there was one van coming same road opposite direction and it was stuck in a big hole. I just gave it a try and got passed that spot and to the bigger road again.

And then it hit. Thunderstorm. I had seen that coming and had already switched my gore-tex inner liner, but still I was not expecting this.

Road was blocked by water coming down from mountains bringing trees, mud and other material it could. And I was stuck in between two of these! No turning back, not getting forward either. 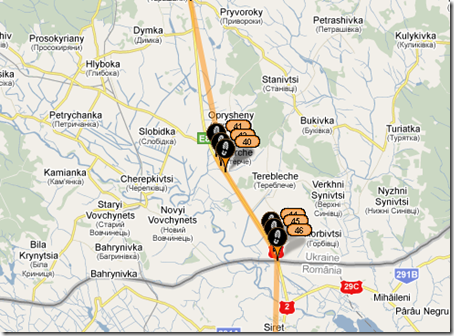 So between those two spots I was trying to get through. After waiting quite a while I finally gave up and walked the worst area through twice. There was water to my knee (Lea, must make an complaint, boots are still not holding water outside…), tree parts, rocks, mud etc. etc.

Thinking a bit more I just started the bike and started slowly driving through. Even big truck were not trying to cross this river… I got half way until this flood was so big that it almost took me with it, but I somehow managed to hold my bike up standing and did not even hit anything. Lucky me.

There was just enough room for me to drive through, cars could not at this point as there were big trees on both sides which blocked anything bigger than motorcycle driving through.

But I managed to get through.

To Ukrainian customs, no big issues, almost driving through. They were a bit laughing when I walked in all wet… On Romanian side I took the diplomatic line, some there was quite a big queue, I guess people were able to come from some other route in there as well. Managed to show my passport and they just waved and said to go forward.j

So now I’m in a hotel in Suceava / Romania, all wet.

Here is the route that I took from Kiev / Ukraine: 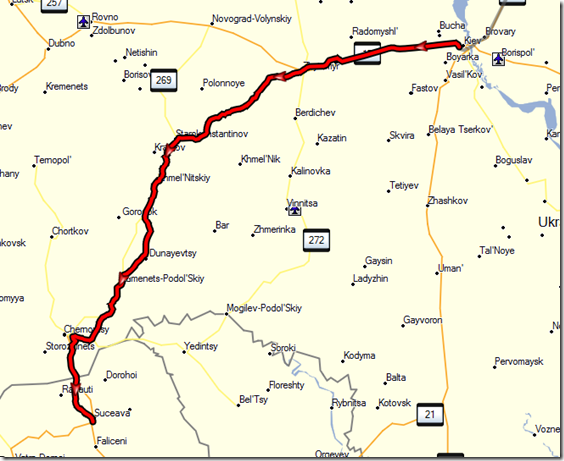 Total drive kilometers up to now 2524. 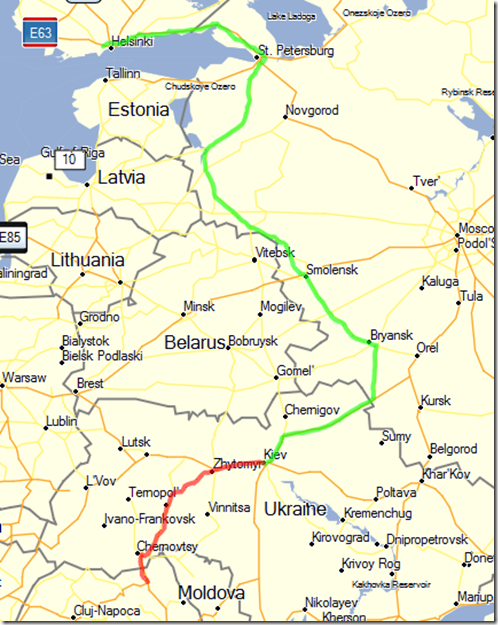