This day started with alarm ringing at 6:00. Yesterday evening I was way too tired so started writing yesterday blog post in the morning…

At 7:00 everything was packed and I was about to do checkout from the hotel. Had to wake up the receptionist, he was coming for the payment in his panties… I believe I was the only guest in the hotel… I guess no breakfast for this morning as cook was not there…

Got paid and started packing the bike when it started raining. While I took the rain gear out and was about the receptionist came as well and started dragging me straight to the kitchen. He offered me tea with lots of honey and break also served together with honey! Ok, got breakfast after all… While eating all this, rain had stopped so packed rain gear in again and left the hotel.

When driving out from Akhalkalaki I looked at gas station that they had Visa and MasterCard logos on them. Drove into one of them and started asking how about getting tank full with Visa, but answer was not with my Visa! It needed to be some local banks Visa to work… So instead of that I just spent my last Georgian laris – all 10 of hose – and got 4.44L of gas.

And started driving towards Yerevan.

After I had driven few kilometers, it hit me: while packing and rain and tea distracted me, I forgot to tie down right side top case! Reached to it and it was not there anymore! So quick turn around and after one kilometer I saw it on the side of the road, what a luck! Nobody had even driven over it…

Note to me: always tie down everything outside of aluminum panniers. I had tied down my shoes, they smelled really bad to be put inside anything anymore, but forgot the other case…

So, towards Armenia again.

On Georgian side of the border I stood few minutes in queue of few cars until border police came and said to me to get into front and into the border zone. Lucky me.

Quick check of the passport and bike papers and I was out from Georgia.

On Armenia side again queue for few cards, again I was waved to the front of the queue. After looking into my passport without Armenian Visa border guy was asking for it, I was simply saying I’m Finnish citizen and should be getting the Visa from the border, he showed me to the Visa guys.

Filled in paper for Visa with my details and that was that. Charge was 3000 local, which I did not have and ATM by the border was not working they pointed me 100 meters towards village with exchange for money. Quick run for it and exchanged some 40 USD and got 14680 local. Back to Visa guys and I got back the passport with Visa in it.

Next stop was again the passport check, no issues on that anymore.

After passport check there was again this weird health examination. They took my passport, wrote something from it and asked where I’m going to stay. Answered Hotel Yerevan and that was that.

I was in Armenia! 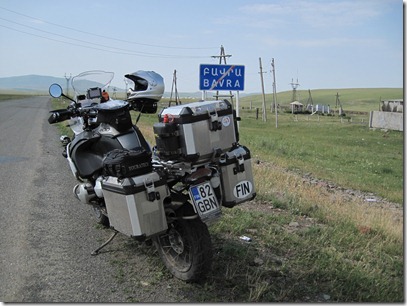 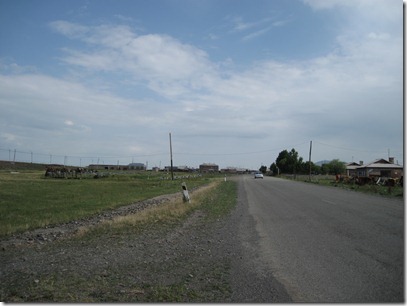 My plan was to drive directly to Yerevan and then see how far I would be at that point. In Leninakan I was somehow reading Zumo weirdly and took almost wrong road to Yerevan. Not the one I was planned, but after asking from dozen of people during the next 25 kilometers “Yerevan and pointed forward” and when all of them just said “Da” I thought I was still on the correct route!

It turned out to be road to Yerevan, but took a bit longer but probably better road as the planned alternative. Suited me well.

Once in Yerevan, quick stop for money. 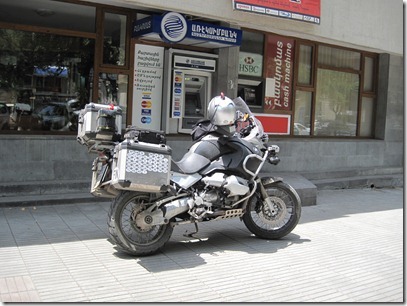 And refuel just in case.

As things started looking good and I found quickly my self out from Yerevan and into correct road (two lane highway towards Sevan) I started doing calculations. Around Lake Sevan was ~300 kilometers and as I had time, why not go around it as well?

This was perfect choice, road was in good or excellent condition all the way except for few kilometers with really bad parts, but I was well on schedule. 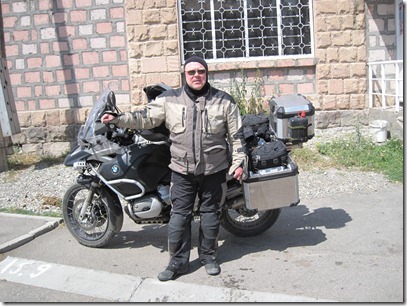 Right after water I noticed that SPOT was no longer blinking. So time for battery change. Wonder how long it was out? 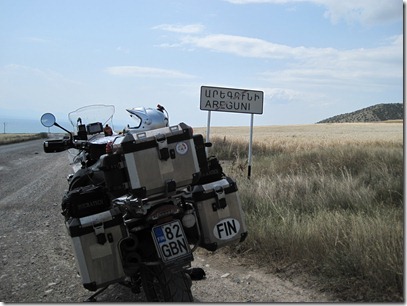 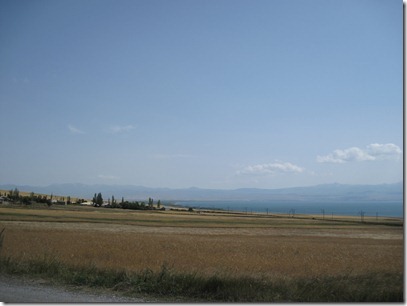 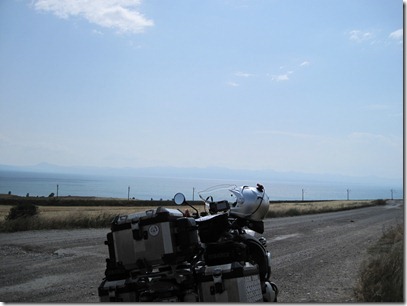 I reached my target town Dilizhan ~18:00 and once I was on the town center asking for directions to hotel, there was a man running towards me and asking in good English if I need an good B&B hotel? Of course I needed and as it was just one km away and equipped with garage, all was set. 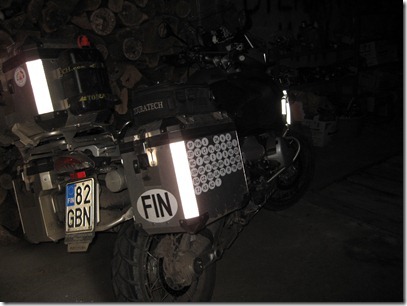 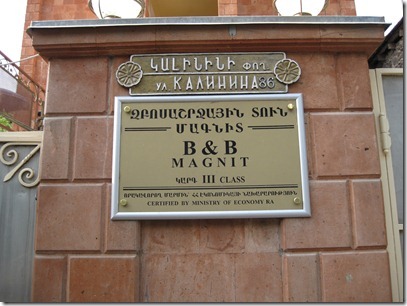 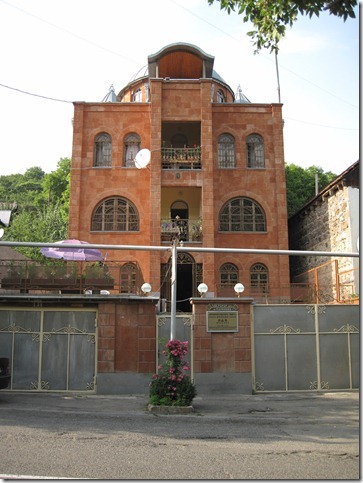 This hotel turned out to be listed in Lonely Planed book as well, Magnit B&B. Room with dinner & breakfast was 16000 local which is ~30EUR. Not cheap, but close enough for my budget.

Roads are in pretty good shape, expect for areas around villages. It seems as if somebody else is taking care of the roads between villages. Road signs to villages are almost missing or is they are, they are not there when you would need them. Best would be to prepare yourself with a good updated map (our map is with Harri… so I’m going with Zumo only…).

When driving around lake Sevan, I could mostly keep 100 km/h, local drivers not so I did not need to check if somebody is passing by me! Road is just excellent for GSA which is THE bike for this type of area. 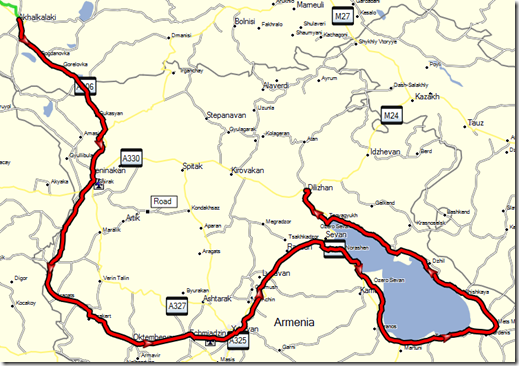 Total for trip is now 6582 kilometers. 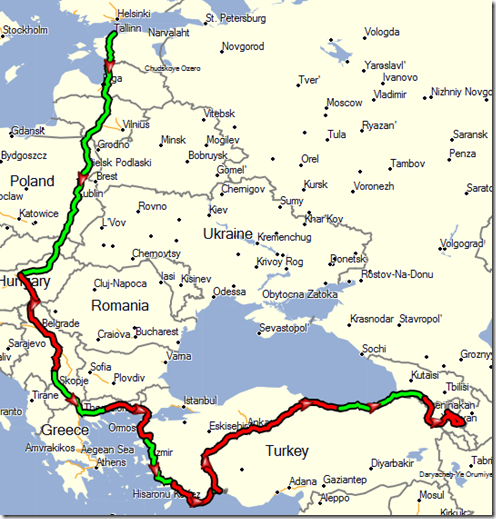 Now just need to plan for next couple of days, I’m now ahead of original plan for two days.