At Ayni we started day early. Now we were me, Kari and Anders driving together which was actually very good since the roads started getting worse and worse.

At first we were driving excellent roads, new asphalt on the road and everything looked good. Then we missed one turn that would have taken us on the scenic route across mountain, and this got us to the Anzob tunnel.

From Wikipedia, the free encyclopedia:

The Anzab Tunnel is a five kilometer long tunnel located 80 km northwest of Tajikistan’s capital Dushanbe. It connects the Tajik capital to its second largest city, Khujand. It is also a transit route between Dushanbe and Uzbekistan’s capital Tashkent.

The tunnel is part of a planned road which would run from Iran through Herat in western Afghanistan, Mazar-i-Sharif and Sherkhan Bandar in northern Afghanistan to Tajikistan and from there up to China. The route has been named the new Silk Road.

Anzob Tunnel was recently completed with the help of Iran. It is a symbol of brotherhood between the people of Iran and Tajikistan, who share a common history language and culture.

Previously, especially during the cold seasons, a lack of a direct link between northern and southern Tajikistan led to disruptions of commerce.

This tunnel was very interesting, full of holes, one lane closed, other lane open, no lights, water dropping from the sealing, building machines parked without any warning signs and since we did know how long this tunnel was going to be, entered into it with sunglasses on… I could barely see where I was driving even when I had two Xenon lights on… but, eventually we made it through to the other side.

Before and after road was very scenic, excellent experience.

When getting closer to Dushanbe, it started looking more and more like summer house type of buildings by the river, newly built nice looking places.

Dushanbe we managed to get through without any bigger issues, stopped for money exchange since I had no local currency.

Once out on the country side again, we made stop to buy some local fruits and then stopped to get something to eat. 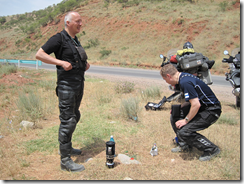 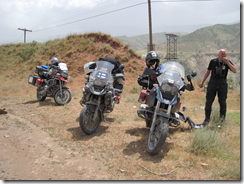 Weather was not that good looking, but no rain so we just continued driving forward and not put any rain gears on. 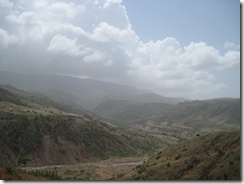 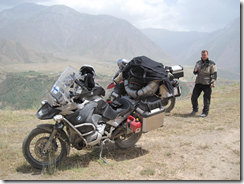 At this point road was still quite good, but it started getting worse very soon after this. 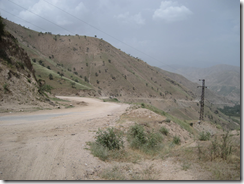 After driving couple of hours on these bad road we hit first bigger water crossing, I went in first as it did not look that bad, got to the other side but had too little speed so made my first fall from very high river bank. Should have been driving faster, but I was trying to be too careful. 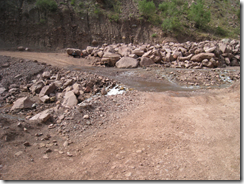 No real damages happened so after a while we continued. This day was going to be very long…

On the way we heard in one police control point in Khumdon that was some issues with the road, something had happened and from what we understood was that we could still get through so we decided to continue.

On this very same spot I also had my first loss on he bike, this odd rear fender what every GS has was loose, it had one part broken so decided to take away so that no further damage for the bike from it.

This was the one that fell off: 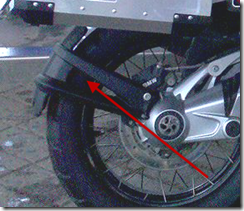 After this spot we drove further and came across one couple with bicycles who told us that there was a broken bridge a head, some Chinese truck drivers had broken it with their oversized trucks, but according to them too we should be able to cross it. Keeping our fingers crossed!

Once we got to the bridge, this was what we saw: 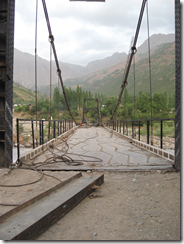 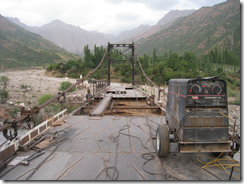 There was now way we could cross from here! After looking into this and negotiating with the workers for an hour or so, we started seeing some movement towards making us something that we could use to cross the bridge. If we could not cross it from here, it would have meant two days driving for us to get to the same spot as from here…

So we all started moving this one big steel piece across the hole to get us over: 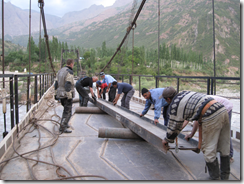 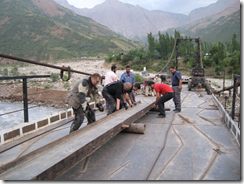 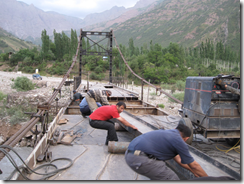 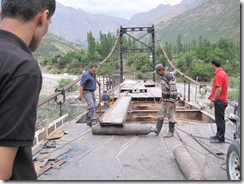 Would you drive your big heavy Adventure bike over this: 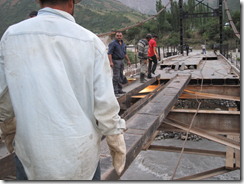 It was already getting dark before we finally made it! 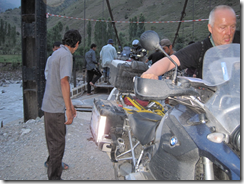 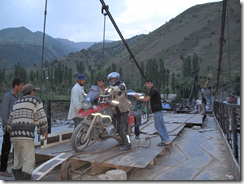 Now we just needed to find a place to stay for a night. From the couple with bicycle we had heard that there was some muddy road ahead so we decided to drive to some higher ground, but as darkness was already there we did not really had good changes of finding the spot for a night. After riding some 20 km we finally found it. Some farmers open place, just by the road and one mud river! Place was some 2200 meters high up on the mountain. 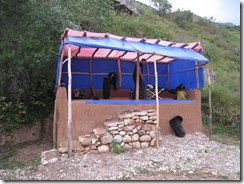 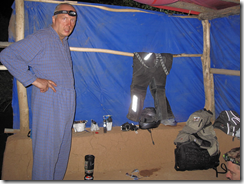 Made some quick food and started sleeping. Once we got to this phase, it started raining.

After this day total kilometres are now 9886. 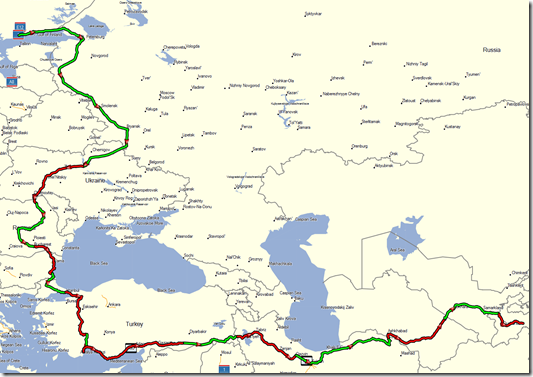