After a day off from driving it was time to move forward again. We decided to split with Janne and continue on our own again as we had a bit different kind of routes planned.

After breakfast quick packing and at 08:30 I was ready to drive. Janne was left behind. 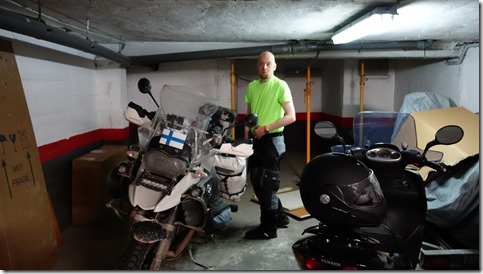 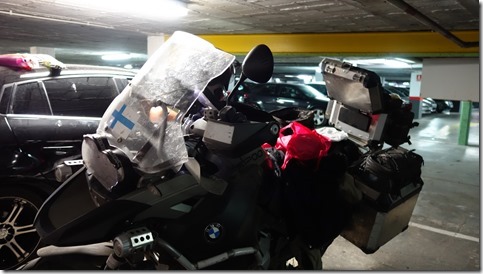 While packing the bike it turned out that the garage had turned into sleeping place for a group of people. A lot cheaper than getting a room at the hotel, but still… 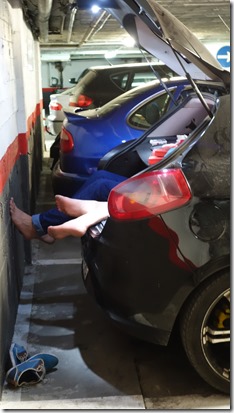 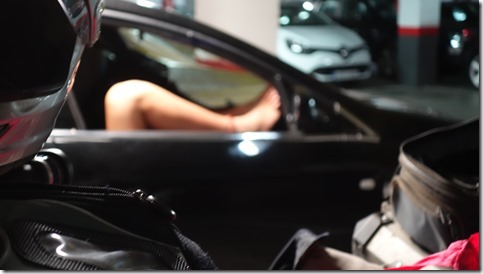 For the beginning I had taken a route through smaller roads after Malaga towards Sierra Nevada. This was again excellent choice, roads were really enjoyable to ride.

While getting closer to Sierra Nevada I was a bit exited that is is possible to drive over the mountain or not. Just last night I found some information that this mountain cannot be driven through from its highest point.

Road to the top was really nice big road and on the top I found out that road indeed was closed. 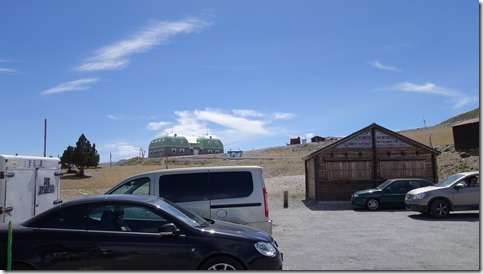 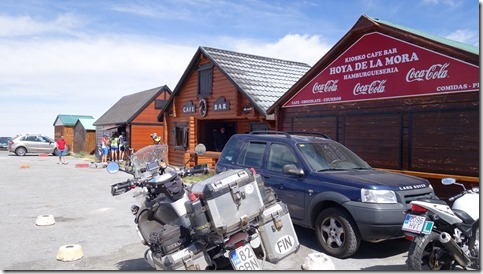 Good thing on this part was that there is more than one road and I took some alternative road back down.

On the way down I saw Janne driving towards me, he had taken bigger roads but ended in same place.

After getting down I decided to ride around the mountain and then over one pass that was open. 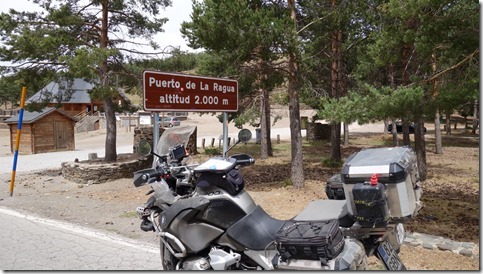 Road around the area was just excellent, very curvy small roads that was just a bit slow to ride. 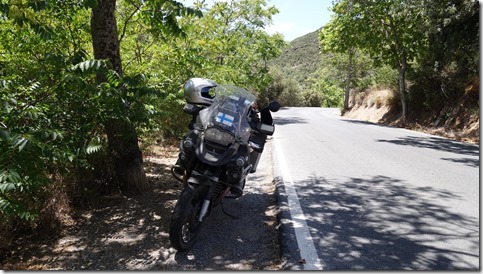 After Sierra Nevada I had another park on the road: Sierra de Baza. Start of the route was a bit boring, but on the northern side there were some really nice roads.

For rest of the driving day it was just to refuel bike and drive to next hotel I had reserved. 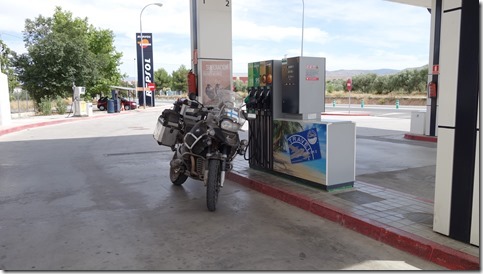 Hotel Malena was a small roadside hotel and restaurant, very nice new place and excellent Wi-Fi connection all the time. Will for sure visit this hotel again. 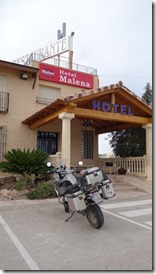 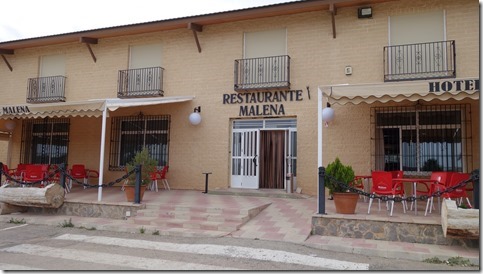 For the evening all I had left was to eat and plan for next day. 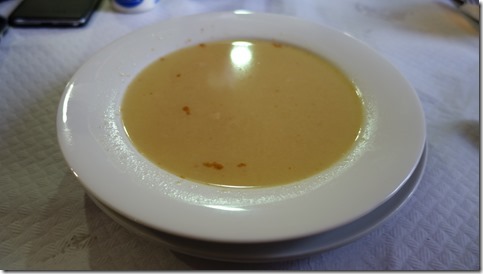 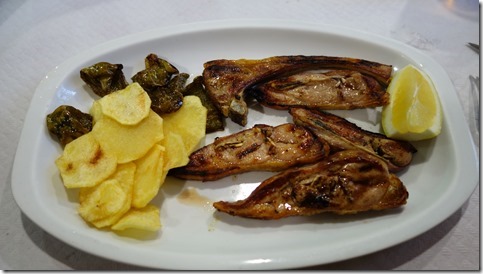 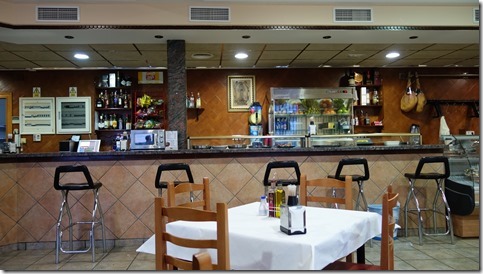 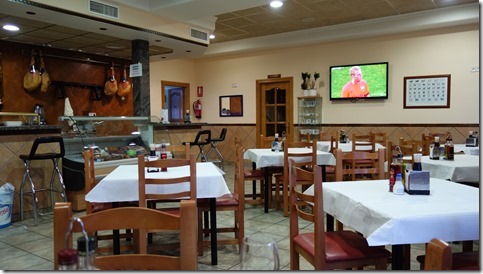 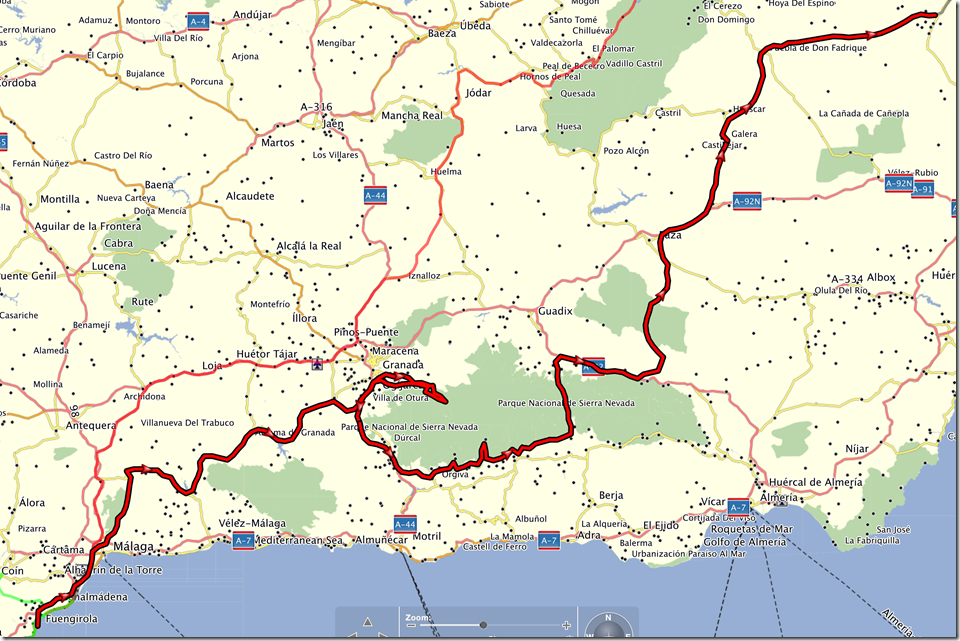 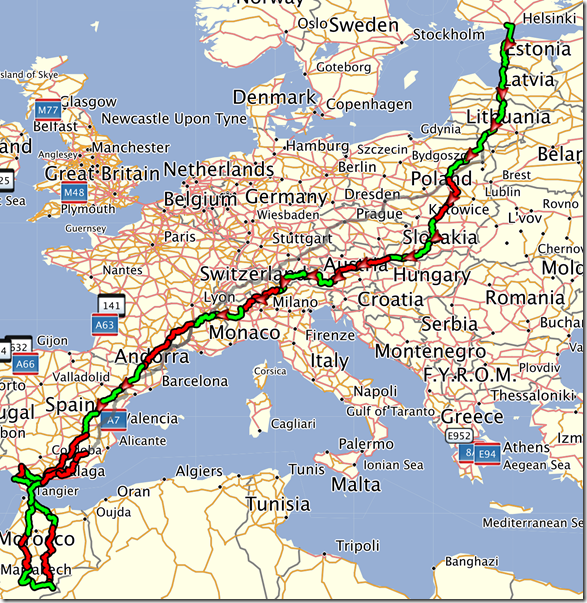