As I was eating my breakfast in the morning in Suceava hotel, I was just thinking all my wet and smelly clothes and same time sky was looking like it is going to have same thunderstorms again I decided that I will head straight to south away from these rains and to the warmer areas.

Originally I had planned that I drive through The Transfăgărăşan or DN7C road, I missed this last year because of too tight schedule and now it looked like I would miss it again.

As I was leaving from the hotel, there were couple local guys coming and talking and trying to get me to drive to my original route down to Black Sea, but was not that interested on that for now. BTW One of these guys was going to come to Finland on September and to the Nordkapp, was asking a bit of road info on how that is up there in the north…

So I packed and started the ride towards south. My target was Bucharest where I had booked a hotel. Just a short 6-7 hour drive which can be done in the rain as well…

After riding some 150km sky started looking better and better, temperature was around 24 Celsius and my head started doing calculations. What if I still run through the DN7C road, how much longer would that take?

Did not take that long until I took a look into my GPS and put in new end location through this road. Looked like I was anyhow going to be at the hotel before mid night, so nothing new on this trip anyhow…

And how lucky I was! No rain, just pure sun and even up there just over 2000 meters in the mountains some 14 degrees! Road was excellent, if I had some issues with my neck and arms, they are now totally gone. There was quite amount of excellent road and rest of that was also doable. Views were totally awesome, was really good that I decided to ride through that route!

Now I’m back in the mood again! 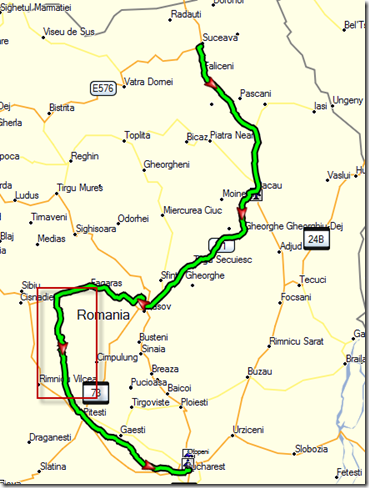 Highlighted is the road why I chose this route.

710 km in 12 hours, not so bad considering what kind of roads these were.

Total legs are now these: 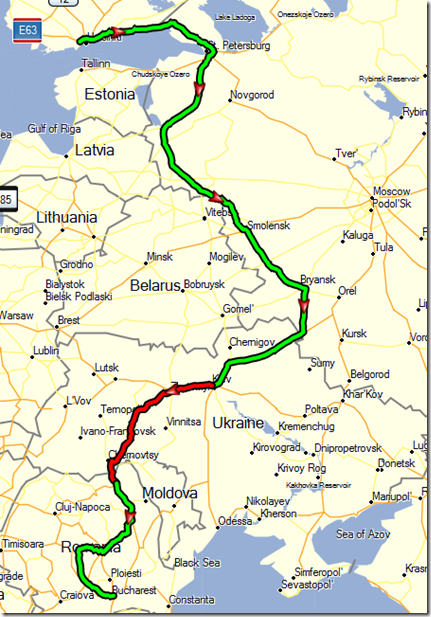