We had agreed to have breakfast at 07:00 and once we walked down there was like half done. Hot water and juice ready, marmalade and butter on table but no bread. 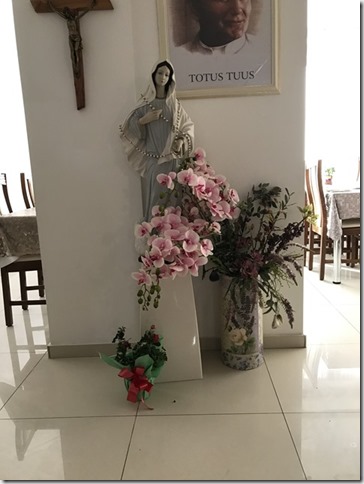 But after a while lady came and handed over to us the bread as well and some cheese & sausage as well. Good to go. 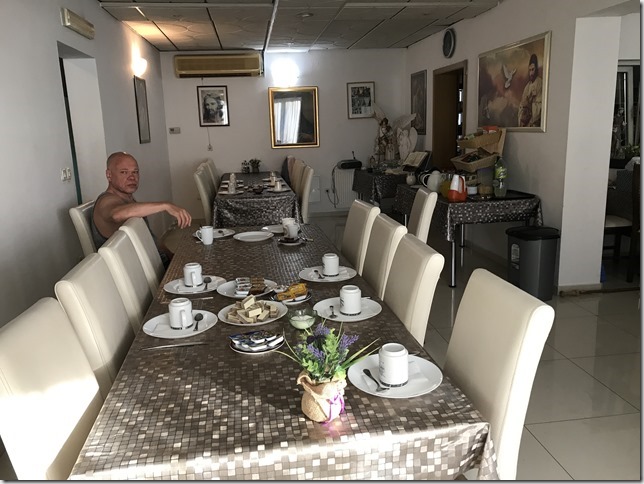 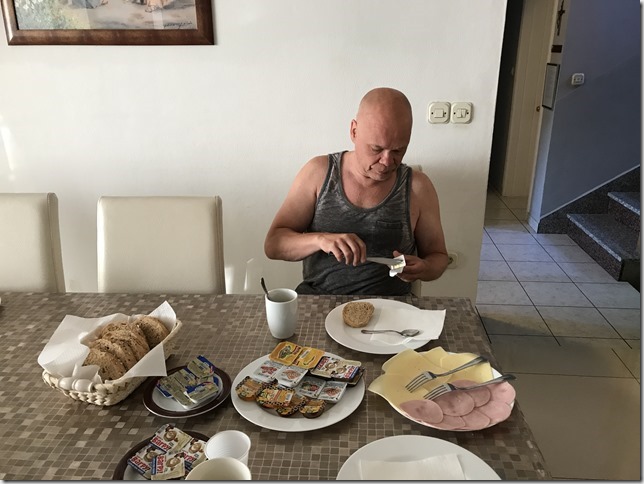 After breakfast was done we paid the room and as a gift from the hotel we both got these: 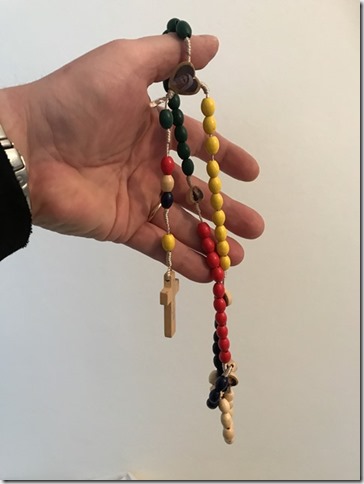 By 08:20 everything packed and ready to ride again. This time I was not going as solo, but Jukka joined me as a hang around so we would now ride together. Nice to have somebody with to ride for a change!

Plan was to drive some 500 km and we booked a really cheap hotel on the way (13€/room), if we would not make it no harm done if we loose the money for that. Roads were a bit surprise on the way, no way of knowing how fast or slow they would be. 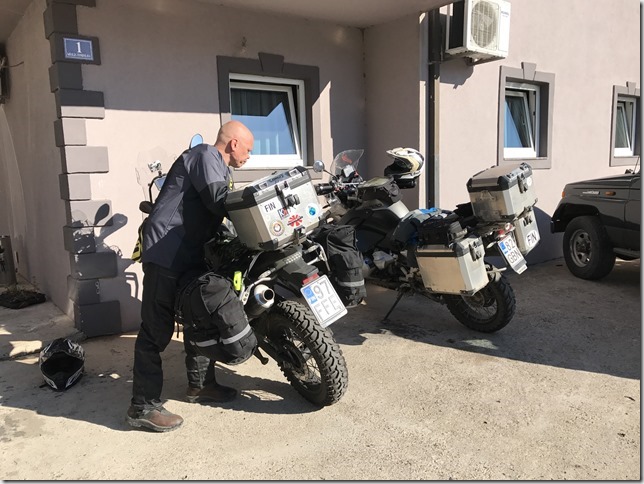 Managed to find all sorts of smaller and bigger roads like these: 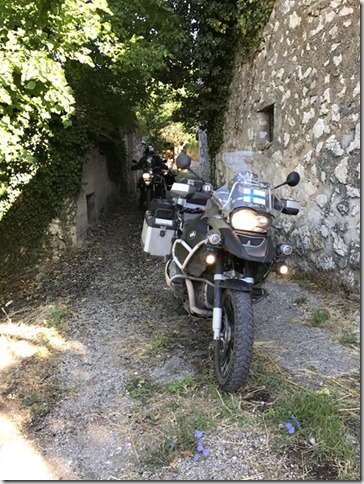 Really nice mountain roads on the way as well. A bit cold, lowest was probably 15 degrees and rest of the day was barely above 20. Nice riding weather. 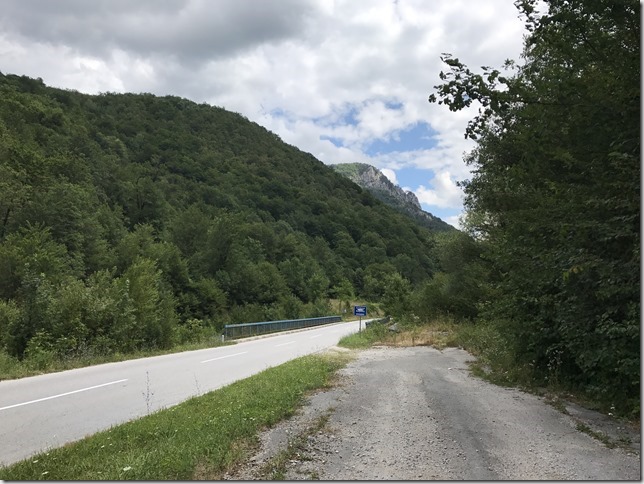 Took one stop for fuel after we got most of the mountain roads done and also ate chicken sandwich with coffee. It took us a bit more than three hours to ride first 170 km! 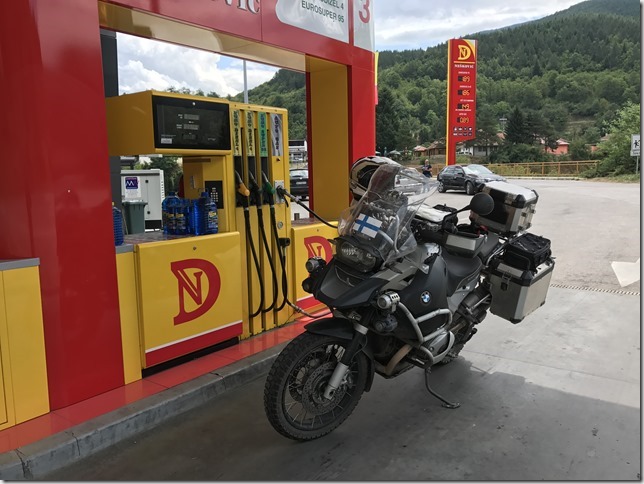 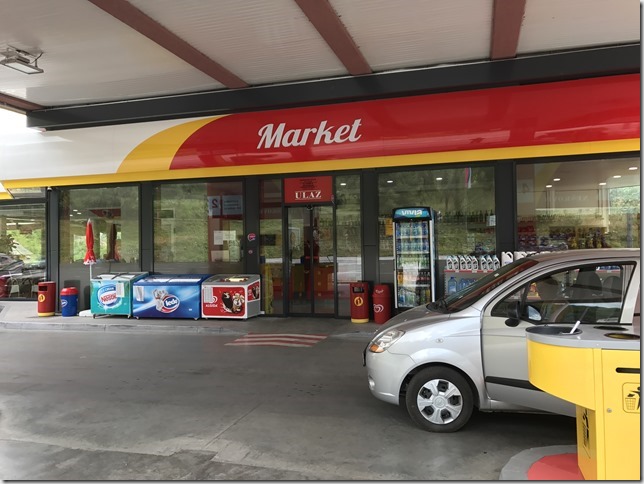 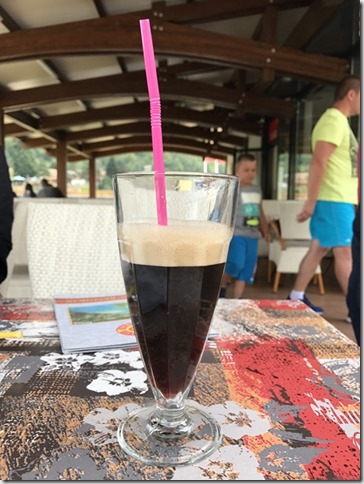 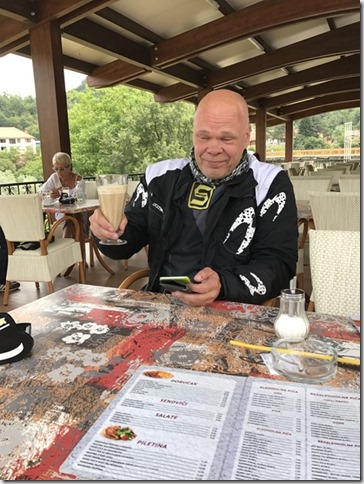 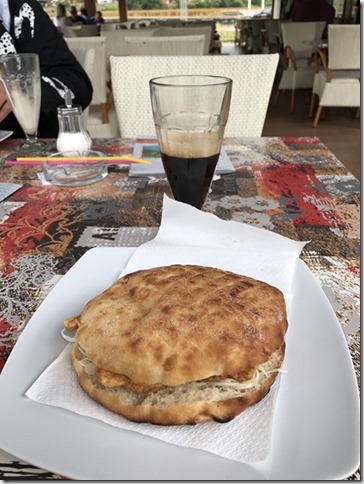 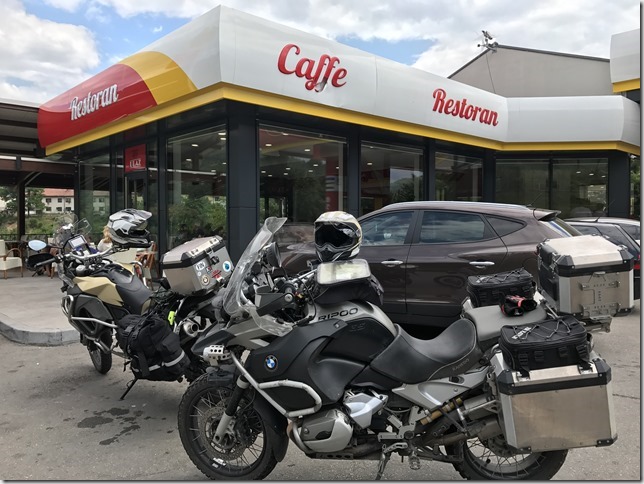 Border between Bosnia and Herzegovina and Serbia was an easy & fast – for us. Quite a long queue especially from Serbia to Bosnia but we of course just went first to the queue as usually is done with a motorbike.

One more break some 100 km before the destination. 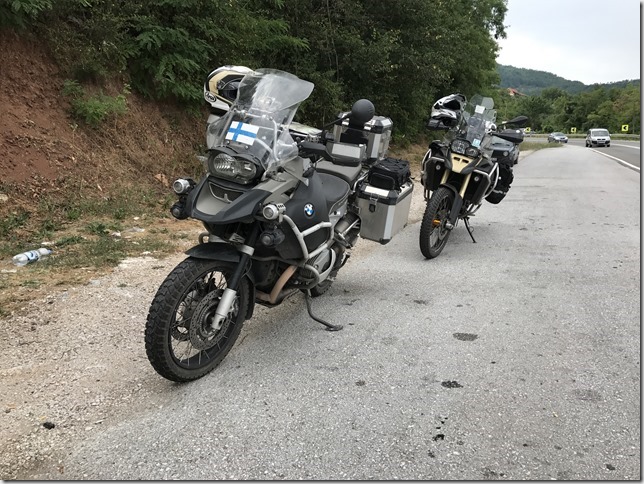 We had booked already Restoran sa prenoćištem Zlatnik 1970 in Smederevo so just drove there and found a nice place behind to park the bikes away from everyone’s eyes. 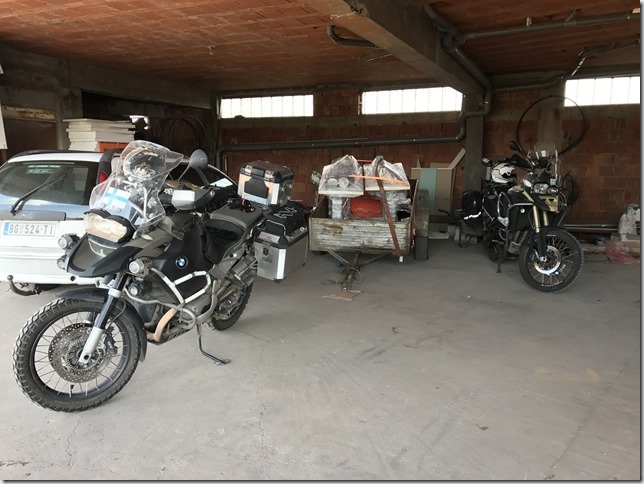 Room is quite basic, but has A/C, bed, toilet, shower and a table so everything I would need for a one night sleep. 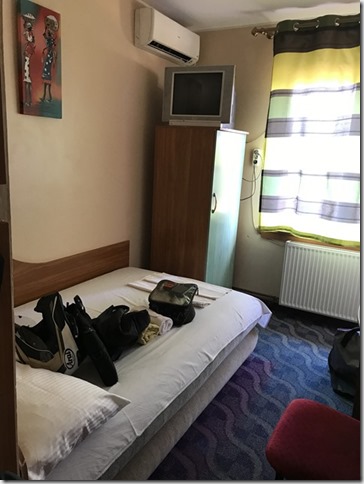 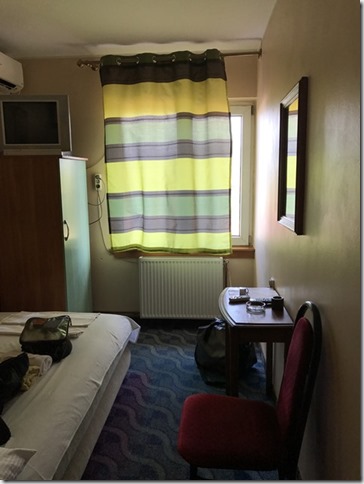 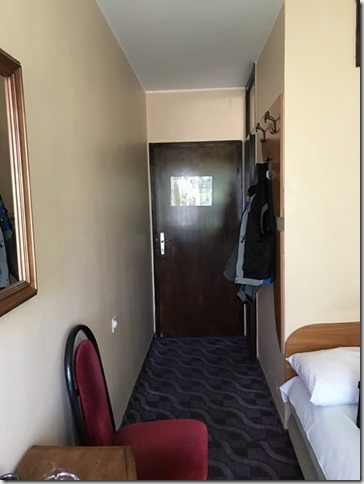 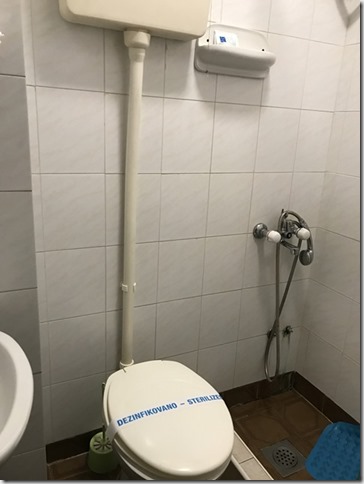 Decided to eat as well in this place, other option would be to go a bit further away as this place was a bit far a way from everything. 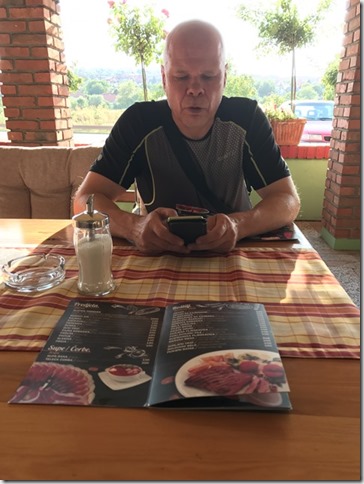 Took some salad and Karadjordje steak. This turned out to be a perfect one! 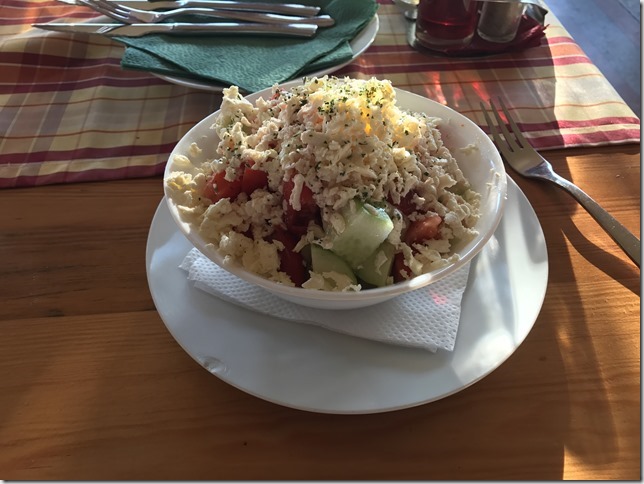 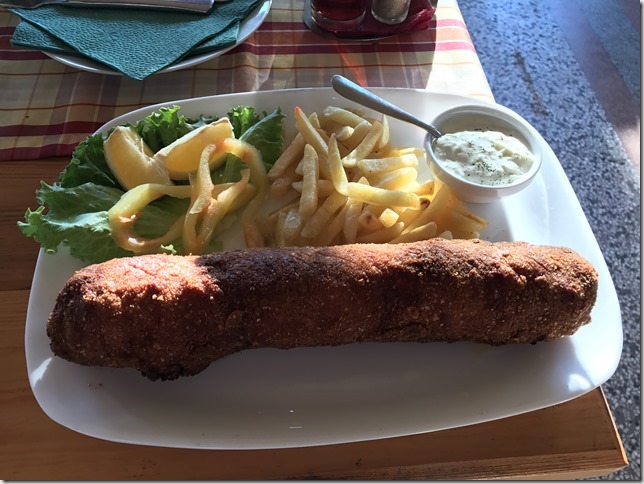 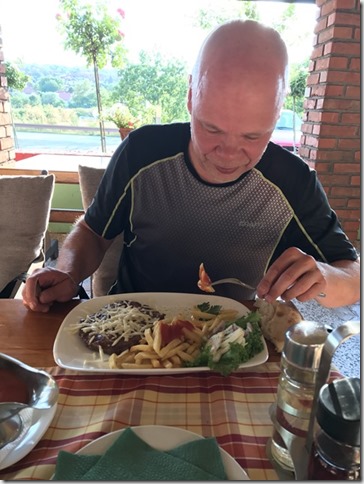 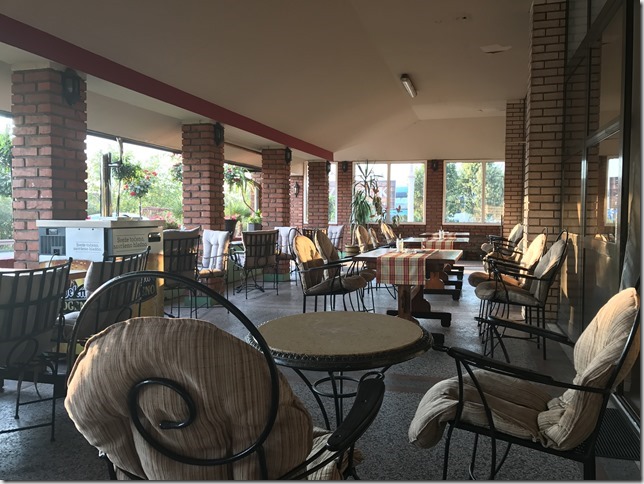 After dinner was the time to do next day’s plan and that formulated to be 914 km route, no hotel reserved so we would just drive as long as it feels good and then find a place to stay. Again, a bit unknown roads so hard to estimate how far we would be able to ride. 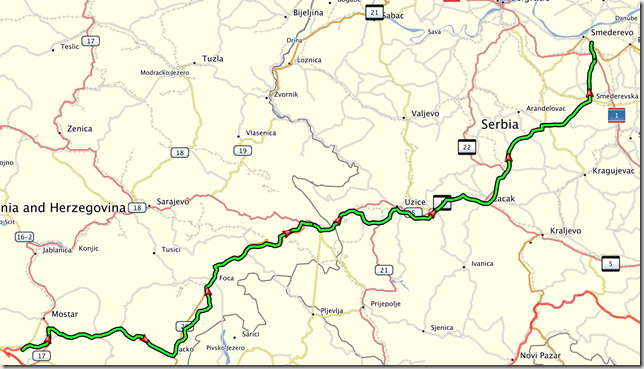