On this day my idea was to drive across border of Iran and Turkmenistan, but things happen…

This day continued directly from Day 22, I was just driving through the night to get to the border.

Passed Tehran on very early in the morning, no traffic at all. Managed to get lost a bit since some roads were closed due to some road work, but found the planned route towards Turkmenistan.

My route was taking me through some very nice mountains, but this was my mistake as well. This road was full of small trucks which blocked me from moving fast enough… so I started running behind the schedule very soon. 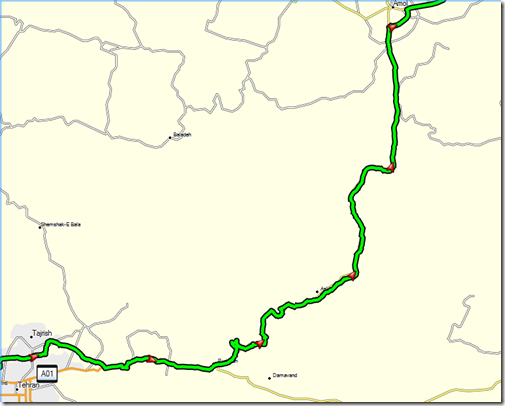 I climbed very soon after leaving Tehran to 2100 meters and it was very cold as well in that hour.

Again, after coming down from the mountains road took me through some cities and I was totally lost! No signs what so ever! After few trials and errors I managed to get through these and continue. Some cities had these ring roads which took around them, but most of them just ran through.

No issues with gasoline, same continue that I got it either free some someone or had to pay just few dollars to get my tank full. Very nice.

Everywhere I stopped there was very soon many people asking questions that I did not understand at all, young boys with motorcycles or mopeds were following and in general people were very interested on what I was doing in there.

As of these things that forced me to drive slower than planned I started approaching Turkmenistan border crossing at Bajgiran at the afternoon.

Before the border crossing there looked to be new road being built, but for some reason this road was closed from the last 15 km or so and the old road was in very bad shape. Not a problem for me though.

When getting to the border just before 6:00 pm, border officer told me that border was already closed for the day! When asking for a hotel (was not really keen on setting up my tent after riding 36 hrs…) he offered a place in their warehouse and also told me about possible hotel down in the village.

I chose to see the hotel first. It was not really nice experience, did not cost that much and it did had a shower in the room so I was quite happy. There was no towel or toilet paper either in the room, but lucky for me I had those with me… room was very dirty and whole hotel surrounding was still under construction. 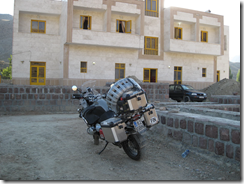 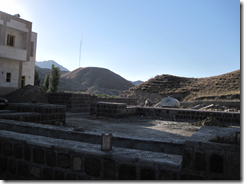 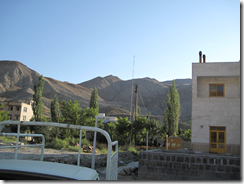 Very soon after getting to the hotel after shower my lights went out! 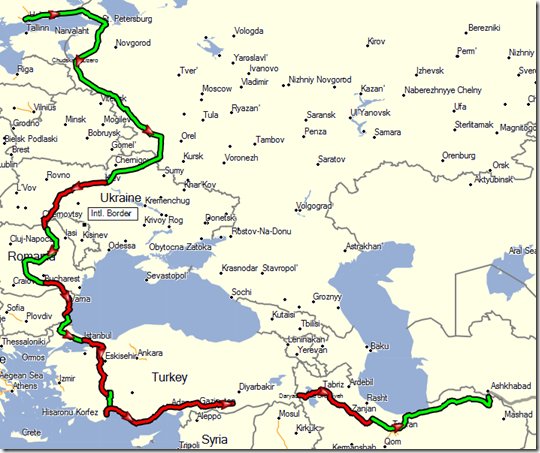