This time day started without any breakfast and quite early.

We had some issues finding hotel stuff on this early hour in morning, but eventually we got them and they came to open the backdoor for us to get bikes out on the road.

Right after we left from Toktogul we started climbing up towards mountains. We had two passes over 3000 meters high on the way. 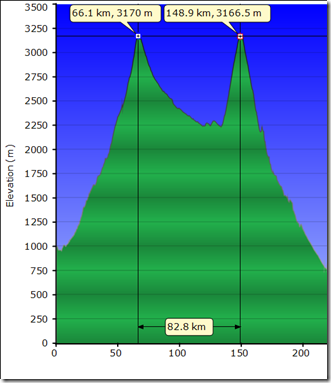 First pass was just slowly driving upwards through very green areas, magnificent views! Highest point was Ala-Bel Pass ~3170m. Road was in excellent condition so we were also driving on normal cruising speed all the way. 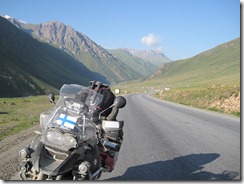 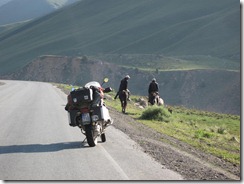 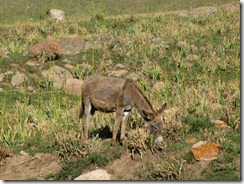 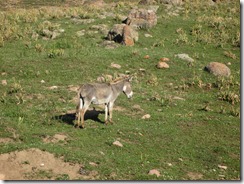 Second one was in Ala-Too Teo-Ashuu Pass was going up very fast, on top of the mountain some three kilometre long tunnel and we were on the opposite side of the mountain. Then it was going down as fast as we got up.

Once we got down from the mountain there was a checkpoint just before city of Kara-Balta. In here they wanted to see the red paper that we paid 5$ on previous day when entering this road.

After Kara-Balta it was time again for some road side lunch. 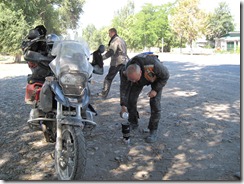 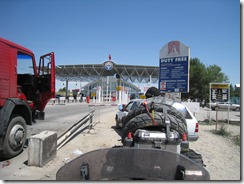 Korday border crossing was the most fastest border we entered this far. Even with some queuing before we managed to get to the border posts it took only some ½ hour to pass Kyrgyzstan and Kazakhstan border controls. On Kazakhstan side we did not have to fill any customs forms, only one small paper with name, date, passport number and signature.

Got our tanks full of fuel just after the border and we started driving through very boring roads, nothing to see. After driving M39 towards Almaty some 110 kilometres we turned into smaller road which eventually got us to M36. This smaller road was partly on pretty bad shape, but according to Kari and Anders this was still way much better than the alternative one that they came. 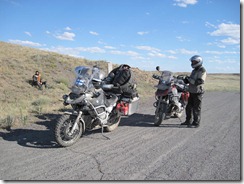 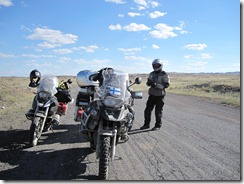 This day was quite long for us, but just before the night and darkness came we managed to find a place to sleep. Nothing fancy, just bed without shower. 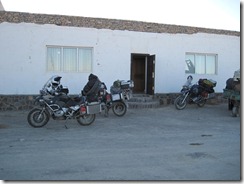 We did mange to get our bikes behind locked doors so those were safe again. Had quick dinner and it was again sleeping time to get ready for next day’s trip.

This day was 710 kilometres driving in almost 14 hours. 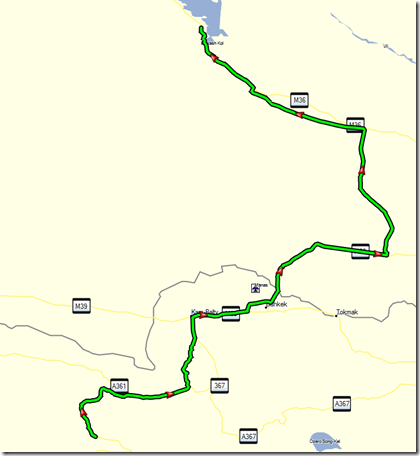 Total after this day was now 12042 kilometres. 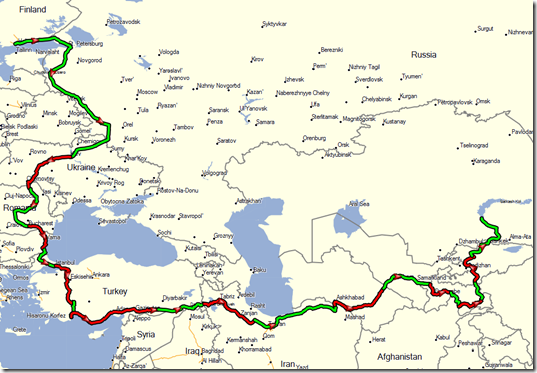 After this we have only two more border crossings (Kazakhstan-Russian and Russian-Finland) so we could really start the transit phase back to Finland!