At 07:00 we started packing our bikes again, long way to go for this day.

When driving along Lake Balkhash we had very heavy side wind which slowed us down a lot. Road was in pretty good condition except one part: At first we saw one car which had rolled over couple of times, but people looked like they were ok, getting their stuff out from the car. This was pretty soon after turning from Balkhash city. Shortly after this all of us drove into oil that was spilled on the road. It was just pure luck that none of us fell on this, it took some hundred to two hundred meters before the oil was out from tyres! And when adding the heavy side wind to this it was really dangerous situation.

After this we took a break and had something to eat. 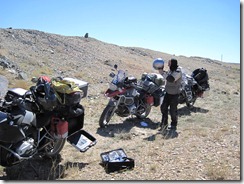 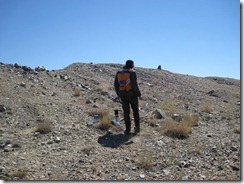 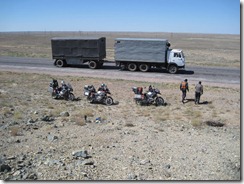 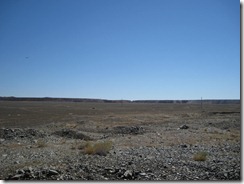 On the way to Astana we also saw couple of camel herds and lots of police men chasing cars. We were again taking it easy and had no issues with police.

End of the day we got to the hotel Altyn Adam (N51 10.216 E71 25.020) which was same where Team 2 had already been. Hotel was recommended at Lonely Planet book. It also featured free wireless internet connection.

Finally after getting to the hotel and through shower (first really good one in a week or so…) we managed to get something to eat and fell asleep. For next day we had agreed to keep a tourist and service day, so everybody was going to get some rest.

This days driving was 866 kilometres in 13 hours. Longs day again. 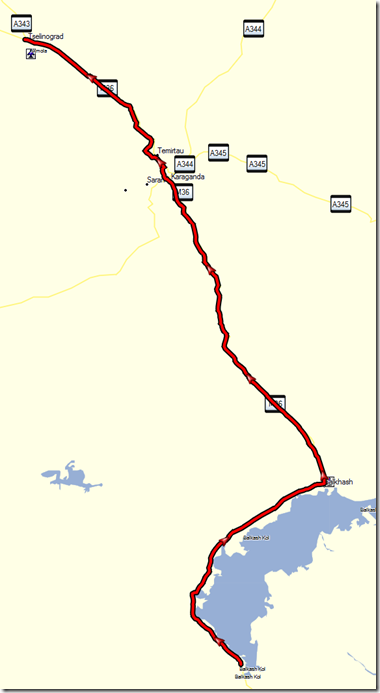 Note, Tselinograd that is seen on the map is city of Astana, it is one of its former names.

Good mileage for this day, but still loads of it ahead. Total is now 12909 after this day. 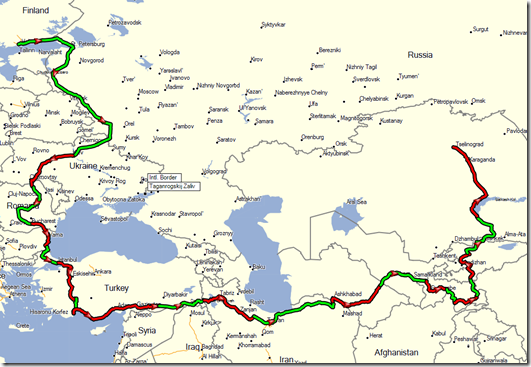 Circle is starting to build up.