Again normal start for the day, went downstairs to get breakfast right after 07:00 and got everything I needed for the day: some bread, coffee and even some locally made yoghurt. 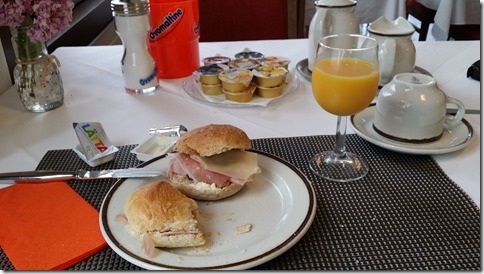 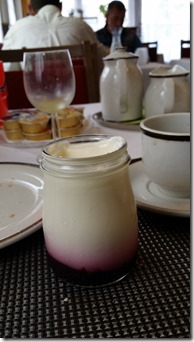 After having breakfast and packed everything I was again ready to ride right after 08:00 and it wasn’t raining anymore although temperature could have been a bit higher. 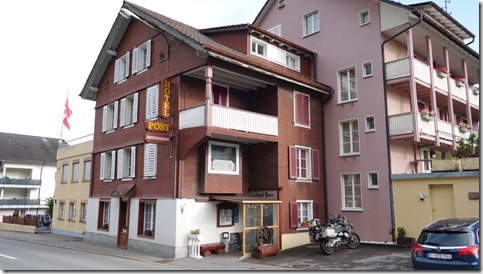 For today’s route had some really nice mountain roads, but mainly bigger country side roads. 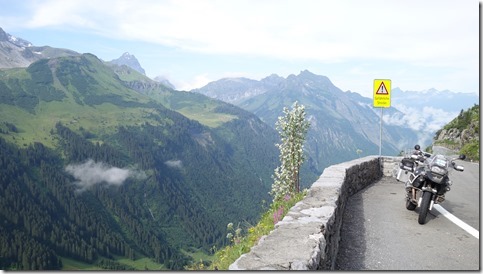 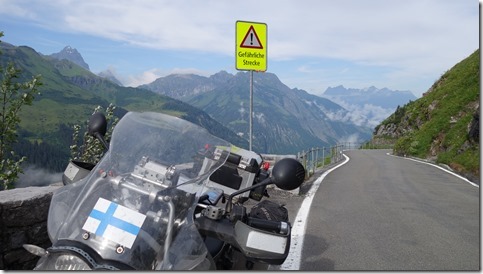 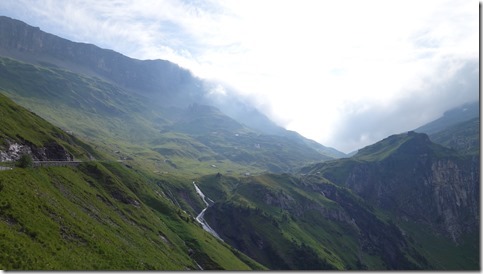 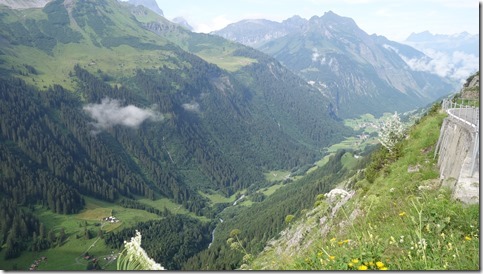 I also had one detour that I just *had* to take: 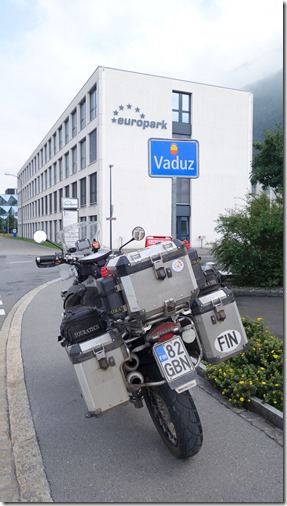 In Liechtenstein I called Janne as I knew he had stayed nearby last night but he had left the hotel just before I called. We agreed to meet near Munich and continue together then towards Prague.

I was again driving through some smaller roads and once I got to the meeting point Janne had been waiting for me quite some time as he took the autobahn. 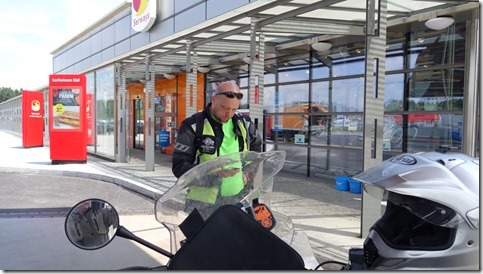 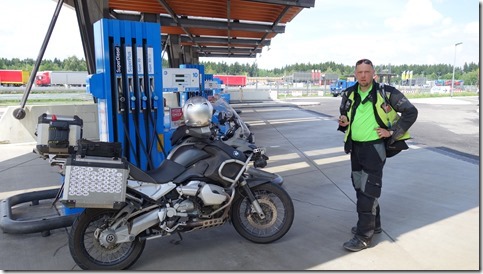 After revising the plans we headed to the hotel in Prague I had already reserved hoping that we can switch the single room to double instead.

When we were getting closer to Czech border rain almost caught us again. We stopped shortly in one junction to put some rain gear on but there was actually no need for that. In this same junction there was also some German policemen stopping trucks and they were polite and came to talk to us and see if we had some issues. Later on noticed that we were in some police only stopping place, but they seemed not to bother with that.

Border area between Germany and Czech Republic was again very nice national park, Nationalpark Bayerischer Wald. Need to get there again some day.

We reached Hotel Vladař in good time and there was no problem on changing the room into double one. Hotel was really nice small one, excellent Wi-Fi and service as well. Not wondering at all why it had got so good reviews from other guests. 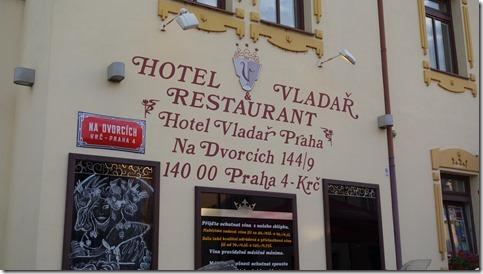 Bikes we parked just in front of the hotel, there would have been garage option as well, but as it was quite full of other stuff we did not bother with that. 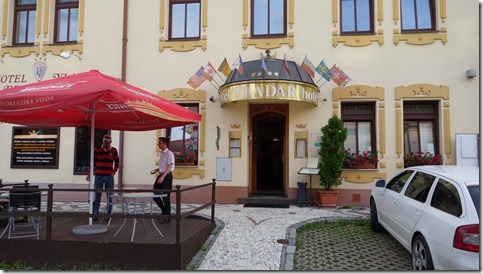 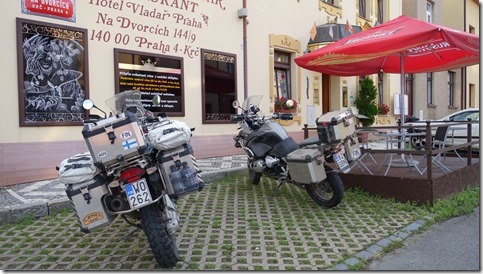 For dinner we asked recommendation from reception and got few options and when we walked outside there was one local man living next door to the hotel and who had worked for some Finnish company (what a small world) he gave us one more. We checked this last option but it did not really work for us as they did not speak any English so we moved to next option.

In this place there was a waitress speaking very good English and he recommended to us a portion which turned out to be a piece of meat. Excellent piece of meat. 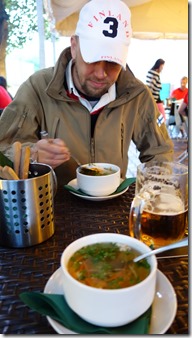 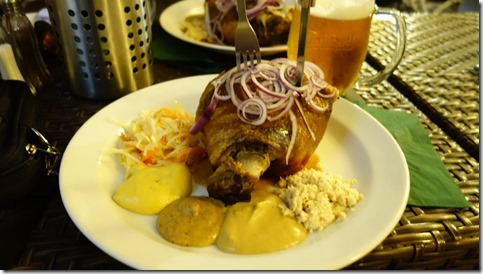 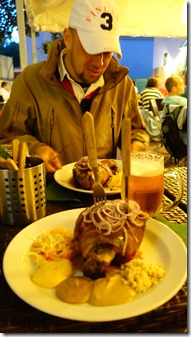 After having this day was done again and all what was left was to make a plan for next day. 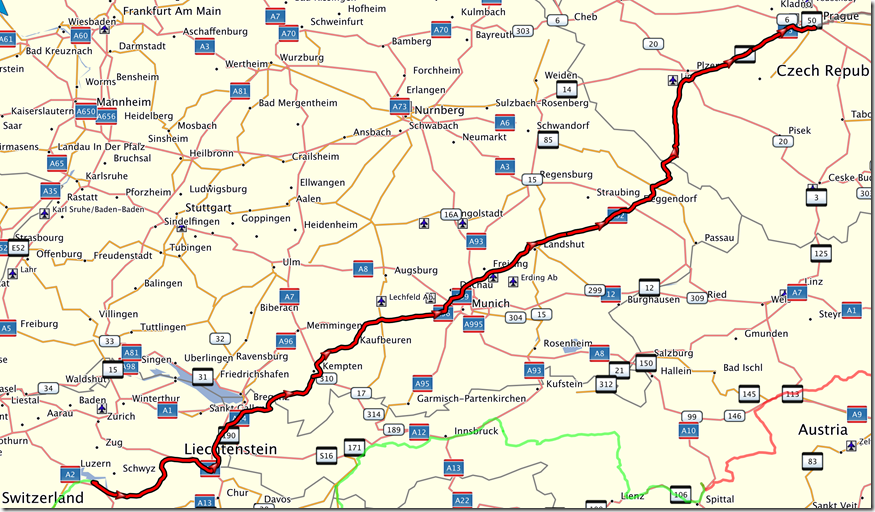 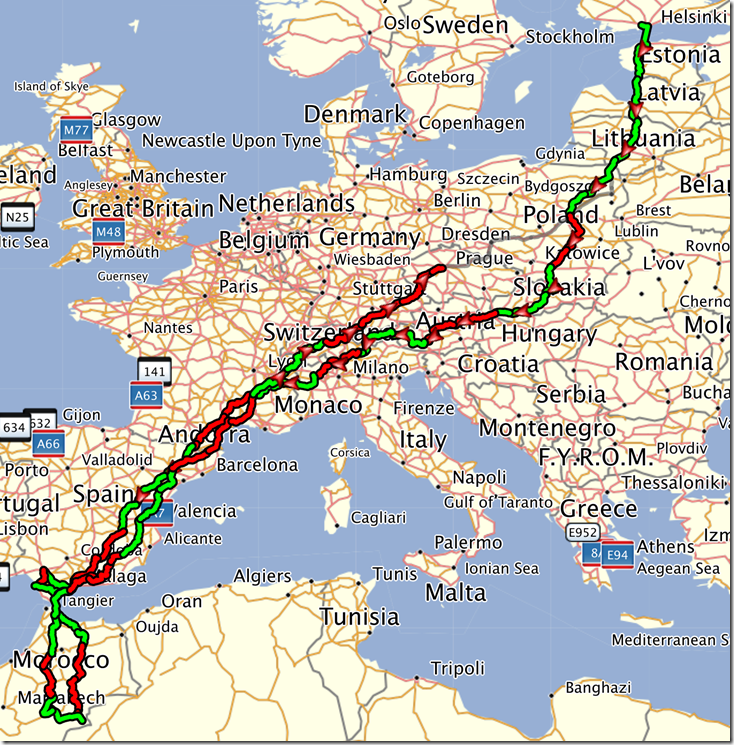