Alarm went of at 05:30 on my phone and I started cooking some coffee water to get make up and running. 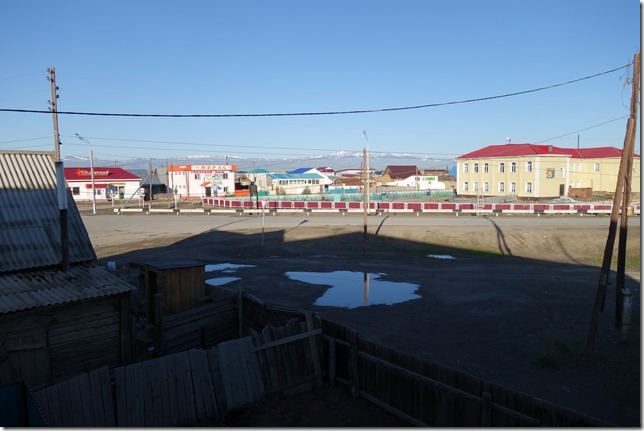 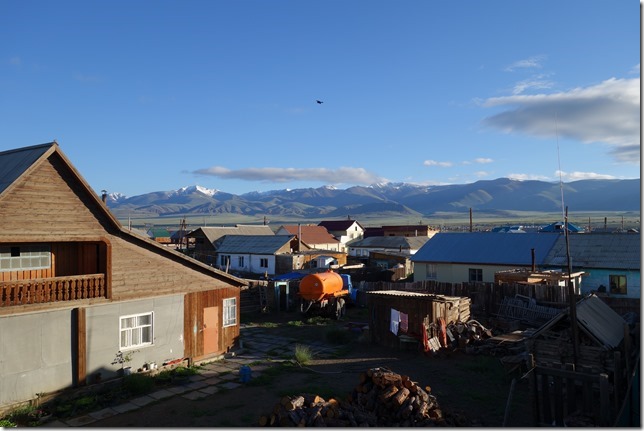 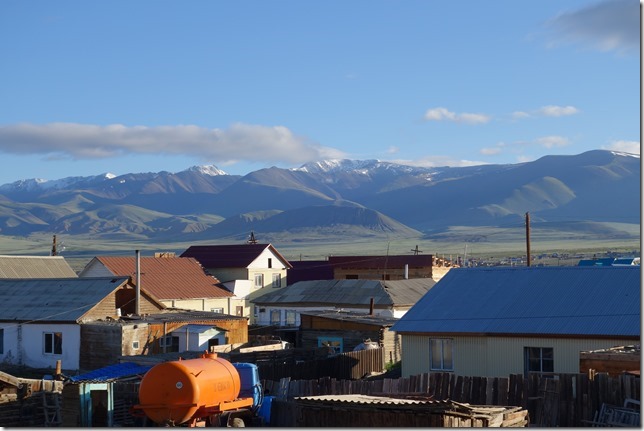 By 06:30 I was ready to ride to Mongolian border to see if it is open or not. From Kosh-Agach border is some 50 km away, but this city is the only one which has some rooms with shower. Tashanta has some rooms as well, but those are just rooms, nothing else. 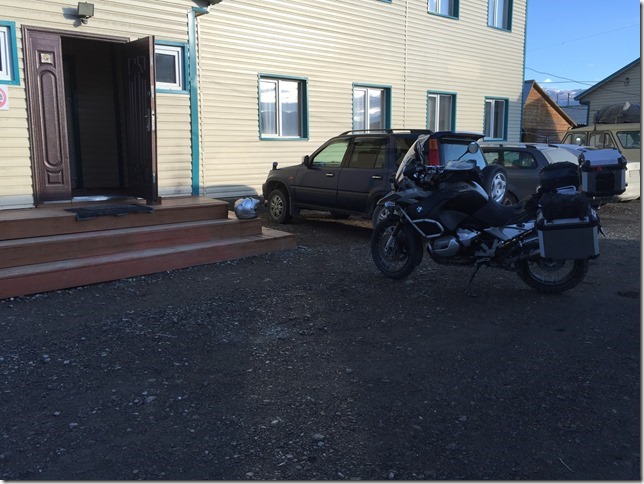 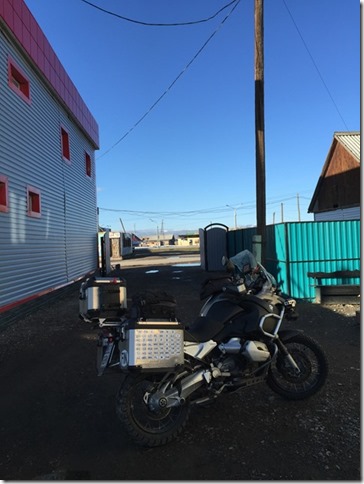 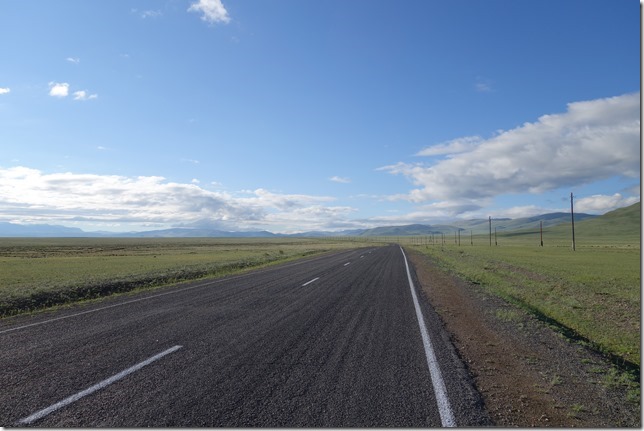 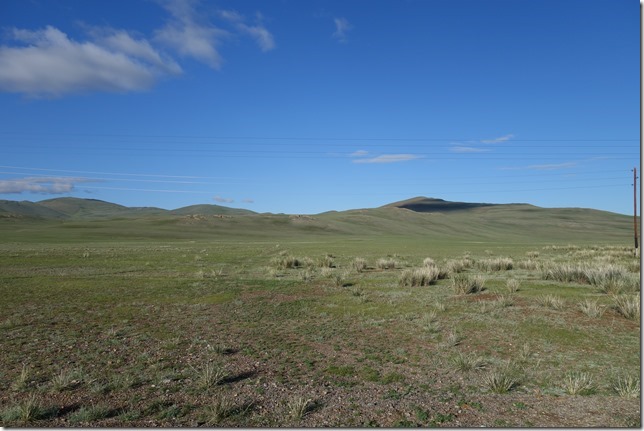 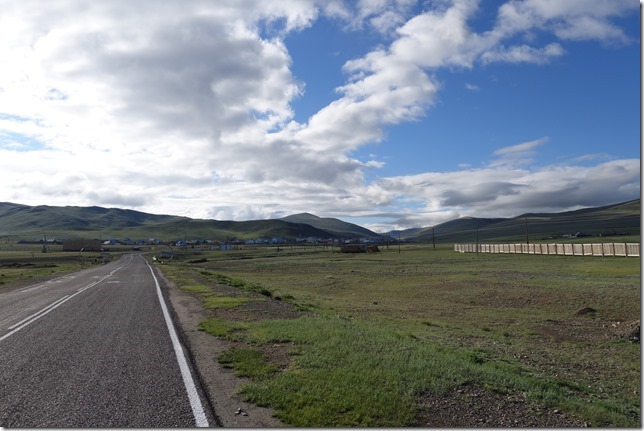 Got to the border, nobody else was in the queue and gates were closed. 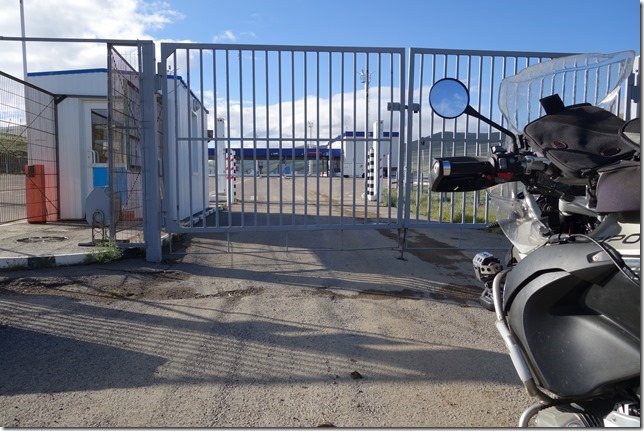 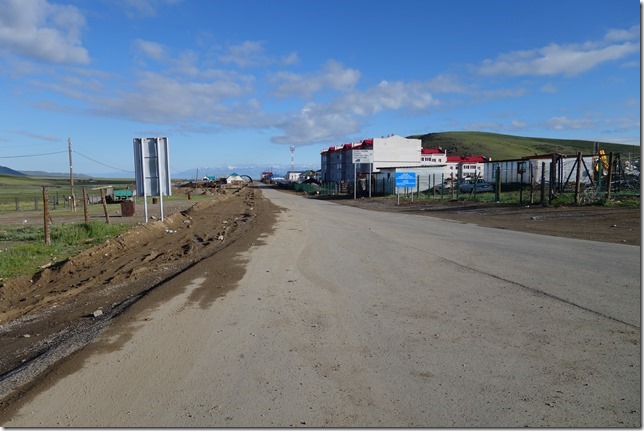 I took off some clothes and was preparing for an almost two hour waiting until border crossing should open, but just after 15 minutes there came a man through gates asking am I trying to enter Mongolia? He spoke perfect English, was really polite and was telling me that this border crossing is not open on Sundays and all other days from 09:00 until 18:00.

I had been looking at this web site http://www.rosgranitsa.ru/ru/node/8046 and it does not specify any dates when this is open, just time. He instructed to look at site http://www.fsb.ru, but as I got all necessary information from I did not really bother anymore.

So back to the motel and retry tomorrow. 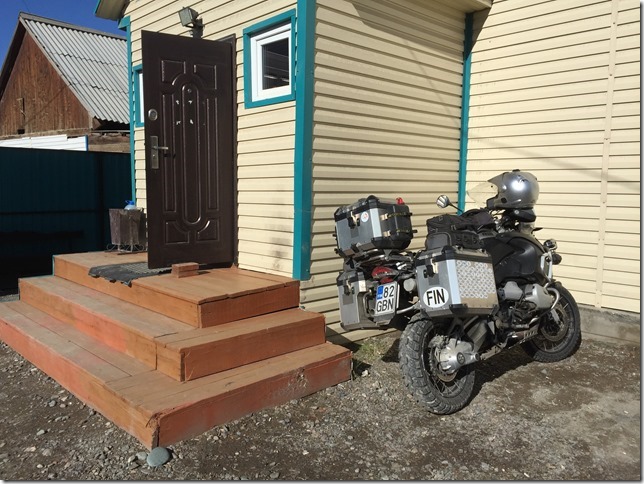 Got my old room, morning coffee and good again. Took a small nap just to recover from an early start and prepared some more thoughts for routes in Mongolia. 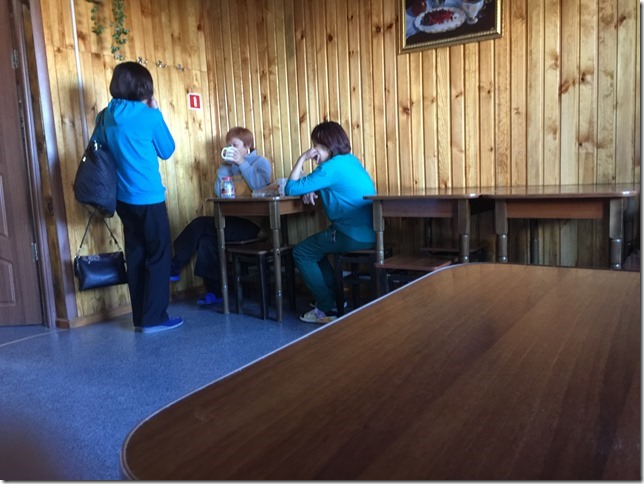 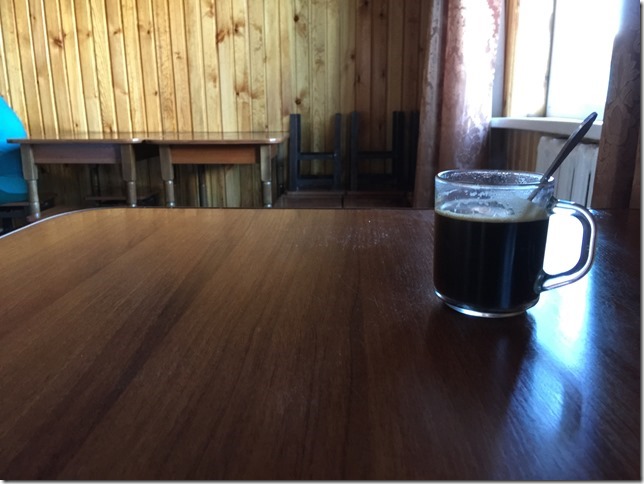 Then I decided to go for a ride again and see little what else is around here. 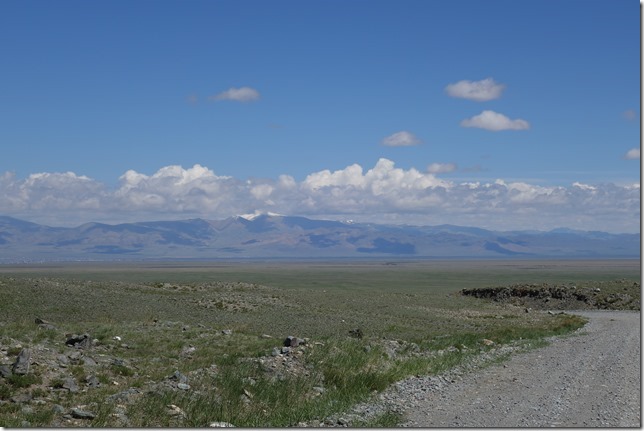 Did some trial with lower pressures on tires as well as these Heidenau K60 Scout ones are new to me, have not used them before.

And I needed also to take out my tools as my right side mirror got loose. Today was good time for that as I was not in a hurry anywhere. 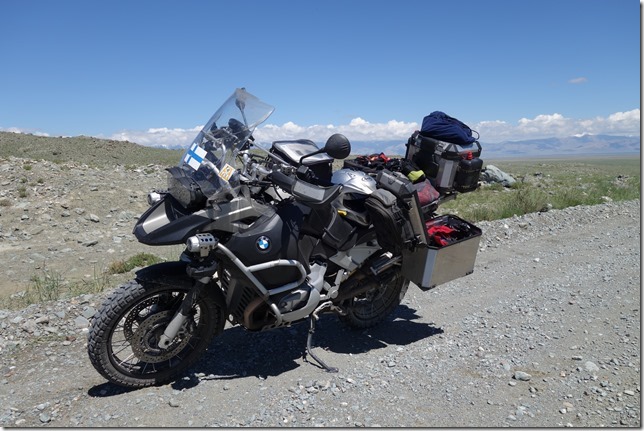 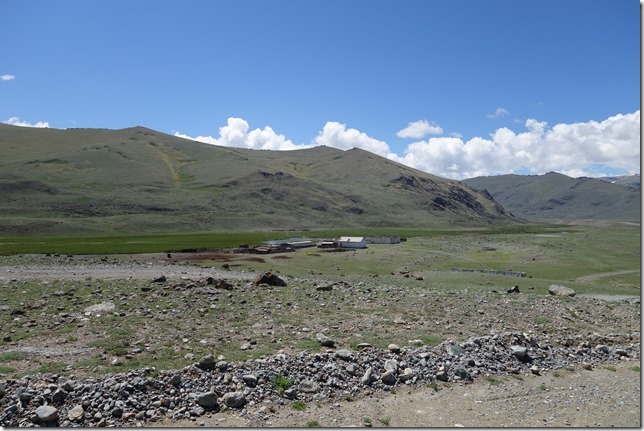 At some point I needed to turn back as it looked like there was some sort of border control point ahead and I was not really planning to go to China or Mongolia that route. 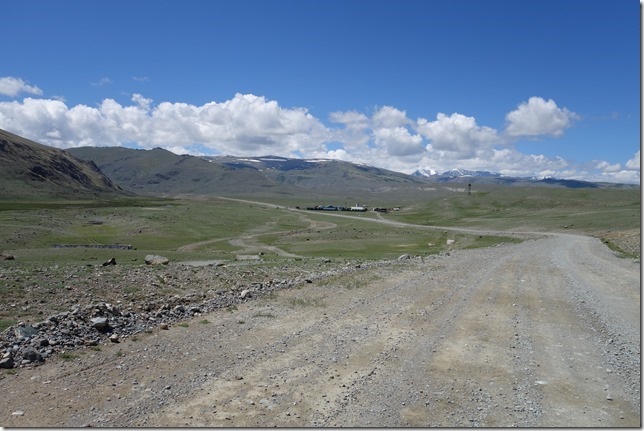 So back to the motel via some offroad tracks just to see what kind of speed I could hold there. My average is probably somewhere around 50 km/h so I can plan my coming days schedules based on that.

Morning was still quite chilly so for another walk in the city I put on some more clothes but really I should have not as sun was shining and warming up the place. 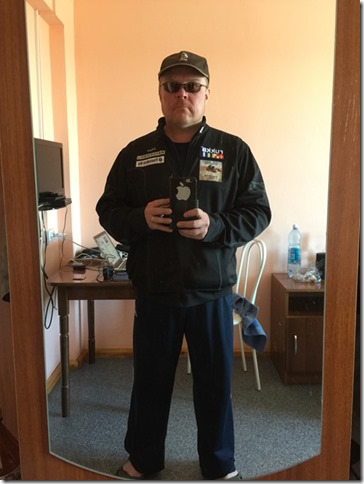 Lots of these odd houses with flat gravel roof around here. 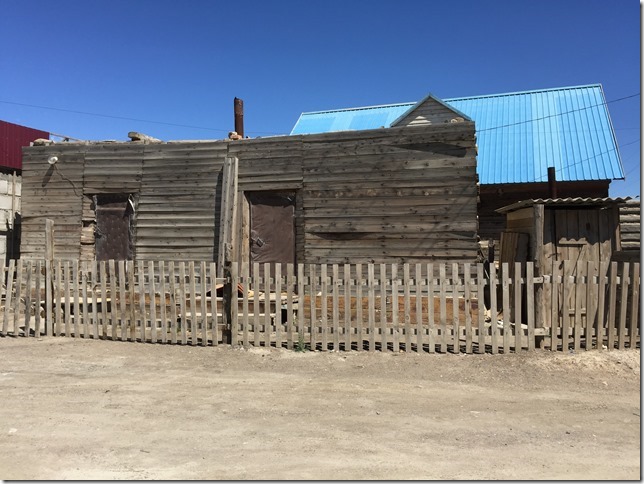 This is the main *shopping* street. 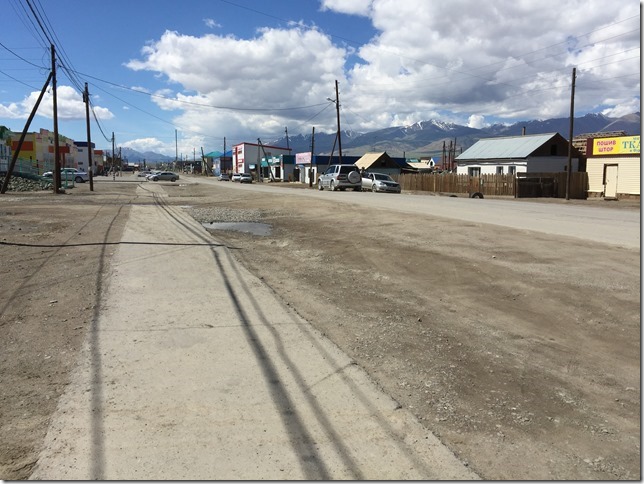 And some war memories. 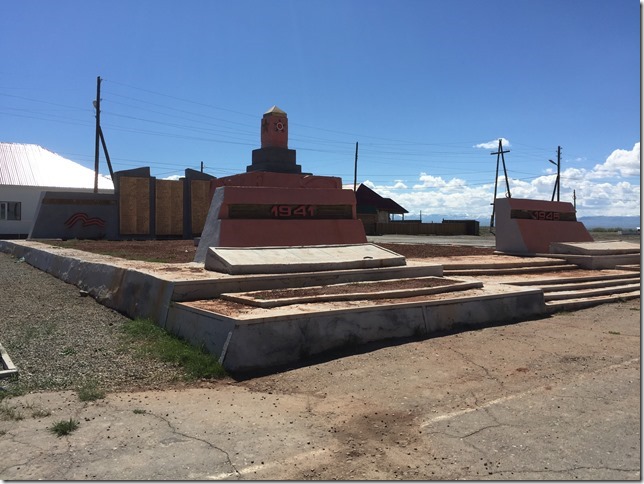 For a combined lunch & dinner I went to kafe just around the corner. Not so nice looking place but I got food and it was quite ok. 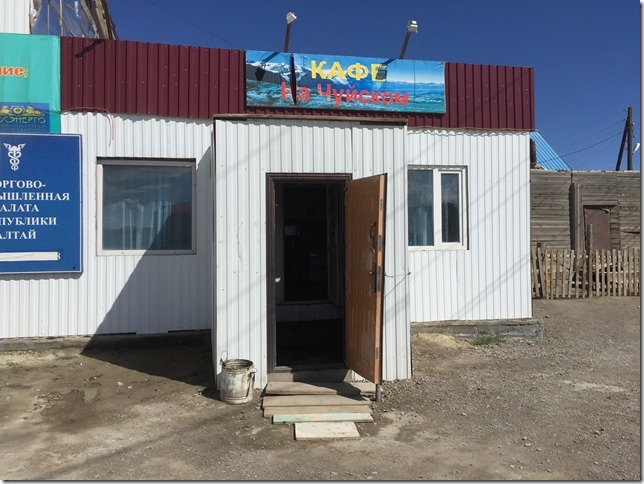 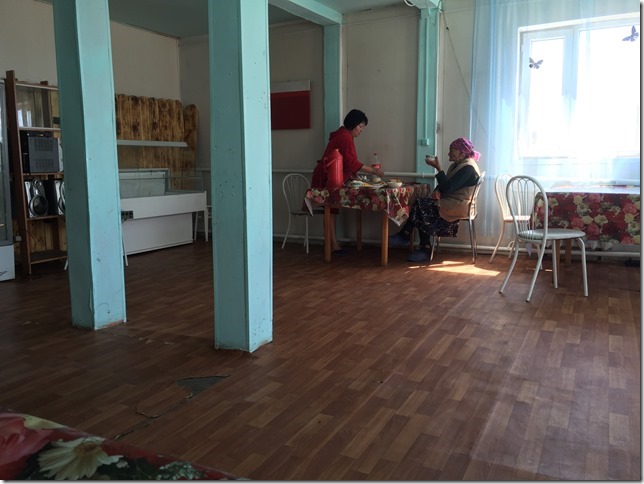 All this for 200 RUB (about 2.6 EUR): bread, meat pie (lihapiirakka), borsch soup, goulash and tea.  Was totally full after eating all of this. 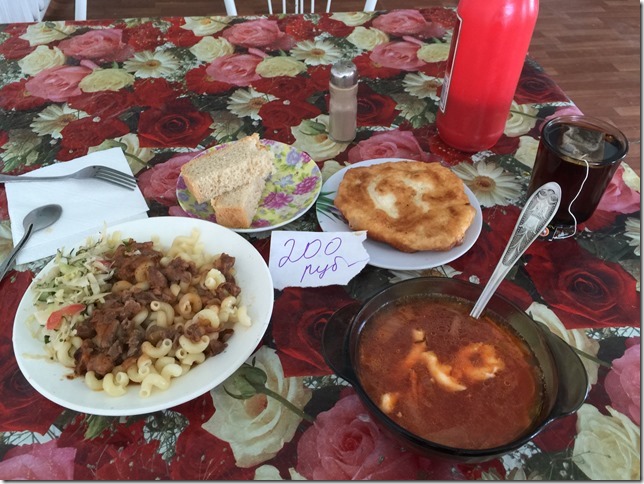 While waiting for food I noticed some weird way to put heating pipes. Of course they cannot be put straight and the pipes are at least 5 cm thick. 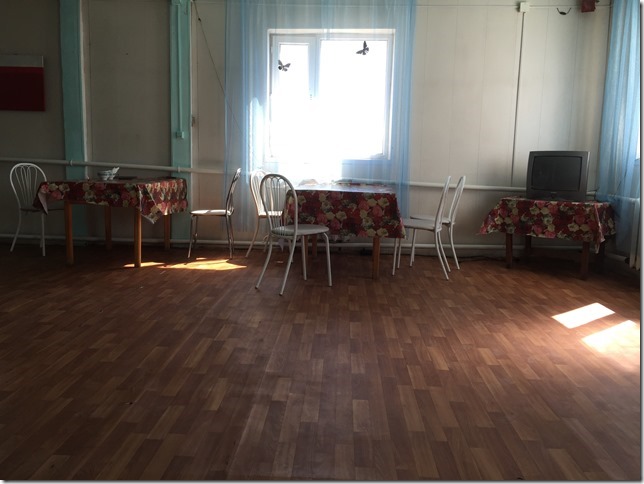 On the motel front yard they were burning all sorts of trashes and there was really terrific smell all over the place. These could very well be handled someway nicer. 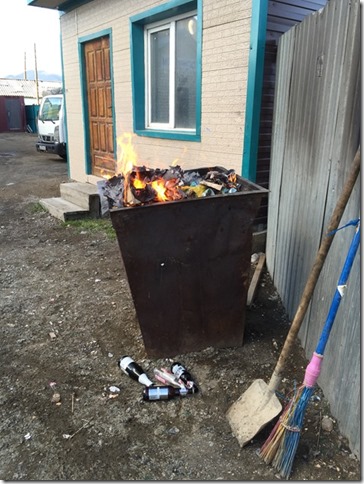 Then I remembered something that I forgot yesterday during all this hassle with the place to sleep: Mongolian gifts.

So one more walk to the shops. All of the shops here that sell food, do not sell much else. Not like in Europe where these big supermarkets sell everything.

After trying all of these I finally managed to peak into second floor on one building and there was a store selling kettles and other household equipment and from there I found these: 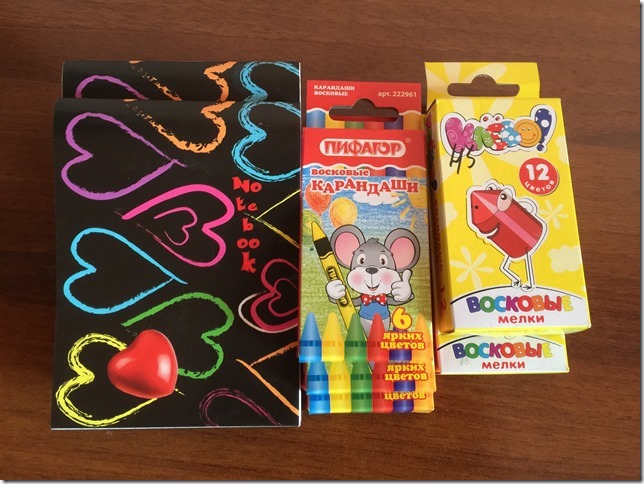 Total damage for 5 packs of pencils and papers: 290 RUB, less than 4 EUR. Will make few kids happy in Mongolia with these.

Evening was already quite late and cows walking back to their sheds everywhere. 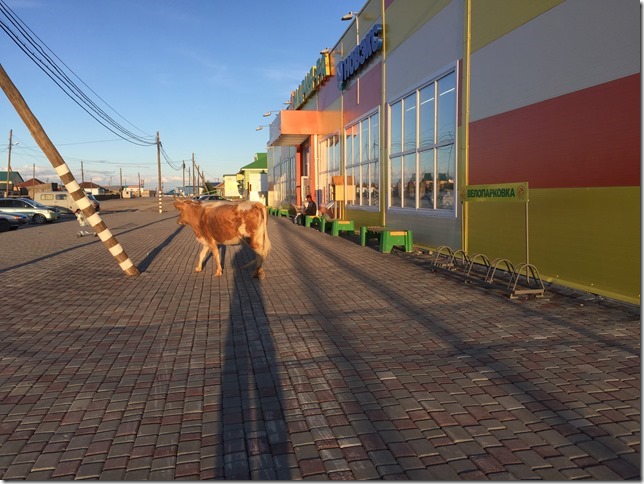 Well trained ones waiting for cars to pass first in pedestrian crossing and only then going over the road. Very well done. 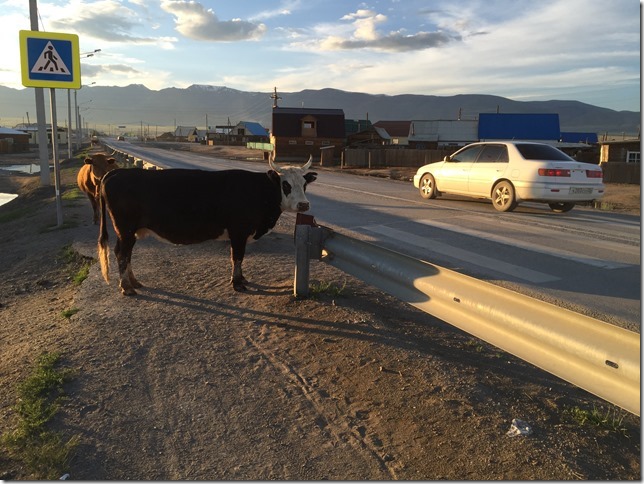 After this day was done, time for a shower and a sleep, tomorrow is early wakeup again. 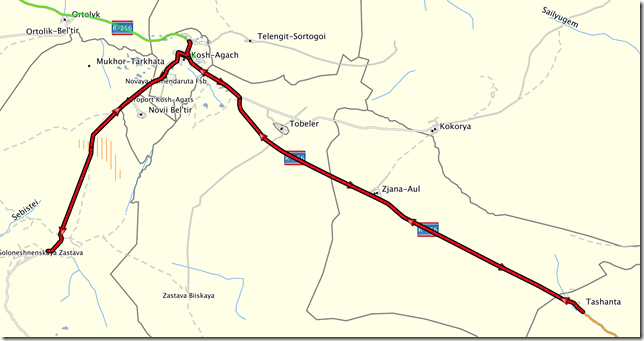 Hopefully tomorrow is time for Mongolia, this day was a big boring waiting day but offered me another well earned day to recover from driving days in the past week.