Woke up very early and was very tired. Music played at least until 04:00 very loudly from downstairs and I did not manage to sleep that well, not even with earplugs on as whole house was vibrating as they played it so loudly.

By 07:00 I was scheduled to leave anyhow as hotel was paid only until that. 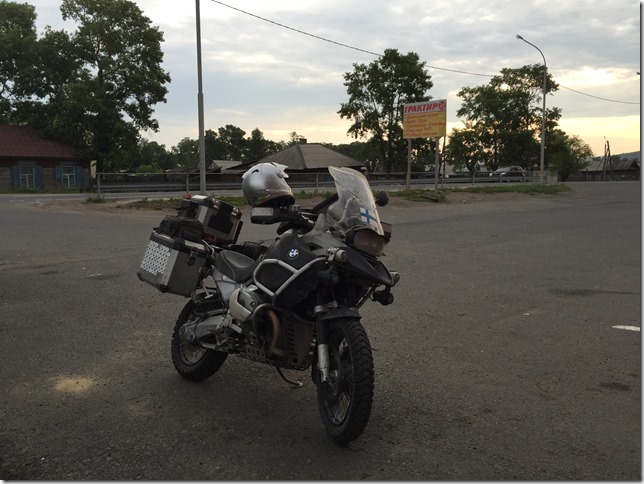 Weather felt little cold so I put inner jacket on again so that I would not freeze on the way.

Took first break for coffee and to take inner jacket off  after driving some 250 km. Temperature had raised to 24 degrees already. 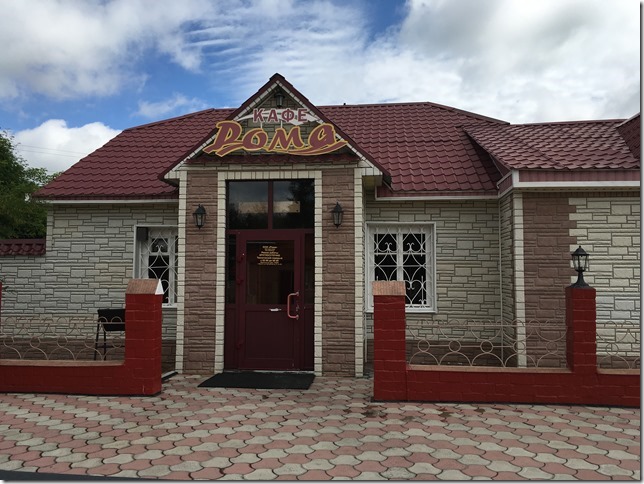 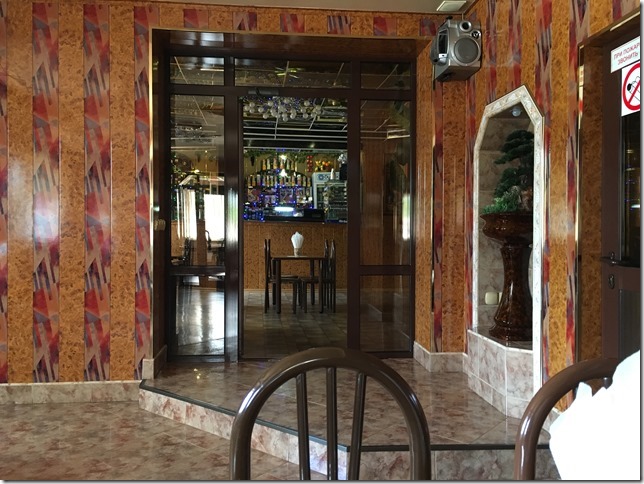 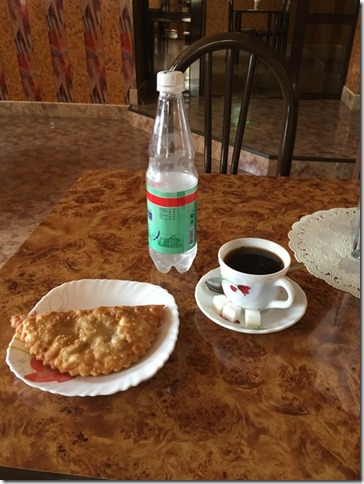 Next stop to get more fuel after some 500 km, not taking breaks that often now as I’m really just in the mode of getting back to Finland. 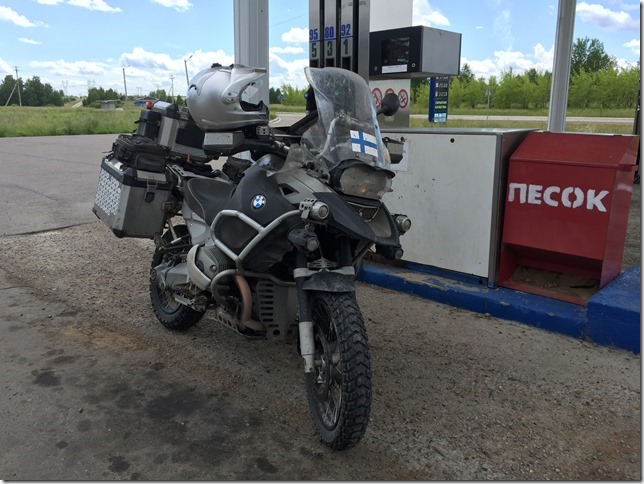 And another one for my new tradition to get an afternoon soap which seems to fit quite nicely to driving now when evening meal is also quite light.

Not as good one as yesterday, but something to fill stomach and also some water. 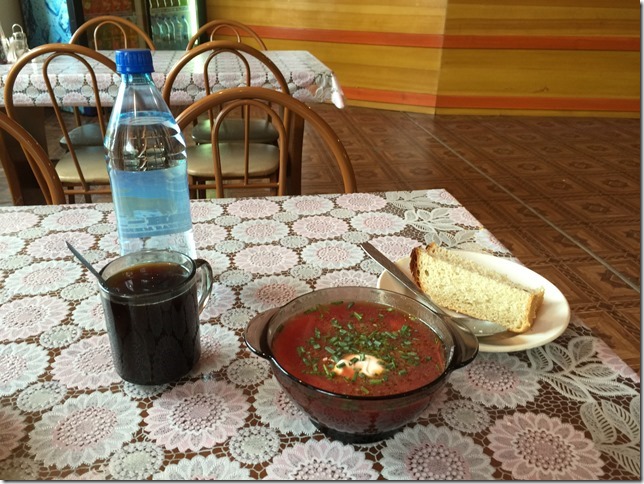 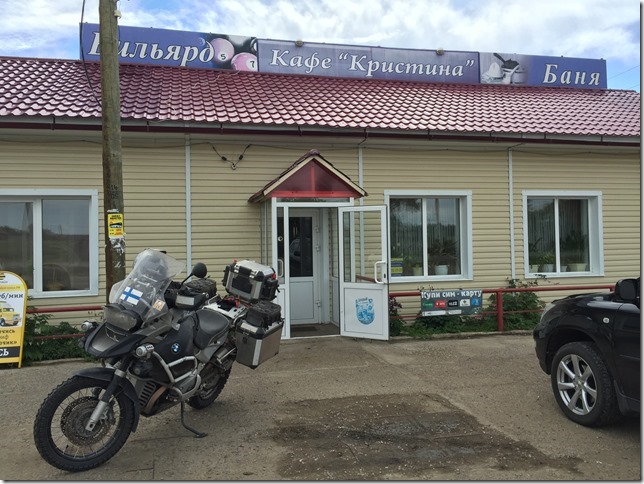 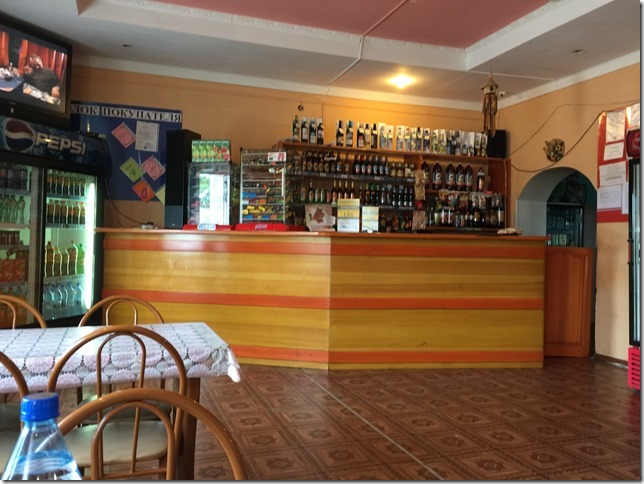 After driving my target of 800km I started looking at place to stay, but those were a bit rare on the way. And those that I found were not looking that nice so I ended up driving over 1000km and finally noticed by the road this place.

It had an single room for me with shower and toilet, a real dungeon as it did not have any windows… but served as a washing and resting place for one night just fine. No Wi-Fi available. 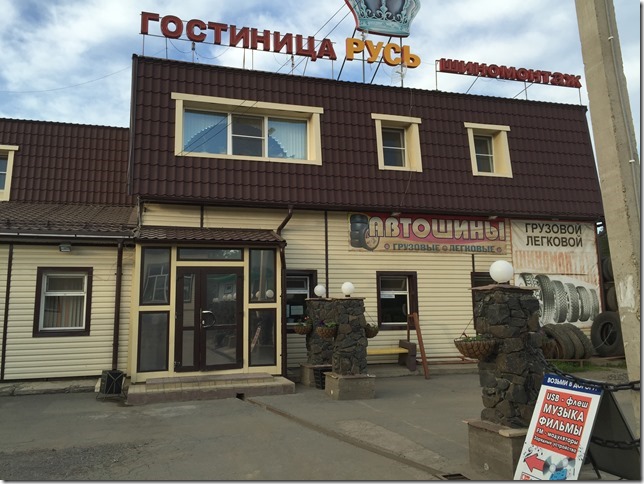 And there was also a café from which I got a small evening snack. 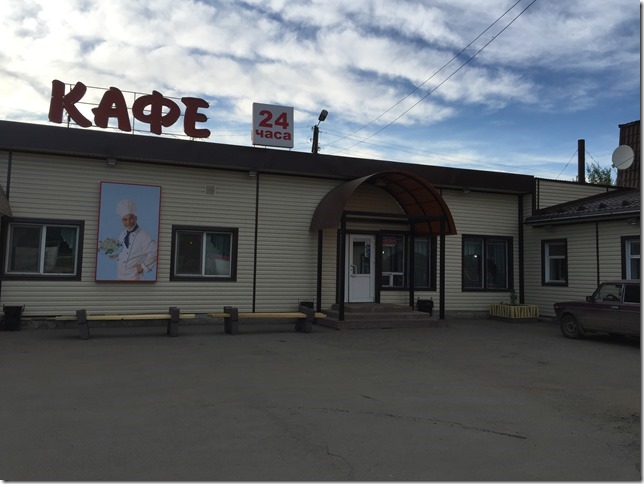 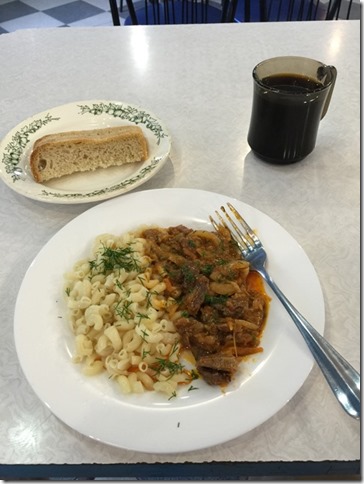 While eating I was struggling with my Russian SIM cards. One of them was blocked for some reason, might be that I did something with it and another one stopped for some other reason. This not blocked SIM I got working after I loaded some more money into it using an automat inside the café. Those work with all the operators, and only in Russian language. I just used my translator on the phone to see what was on the screen and managed to load money into it and then it finally started working.

Once I had eaten, I noticed some more bikers arrived, there were three bikers from Poland that also visited Mongolia, but only on paved roads. We sat for some time in the café for a chat until it was time for a sleep for all of us. 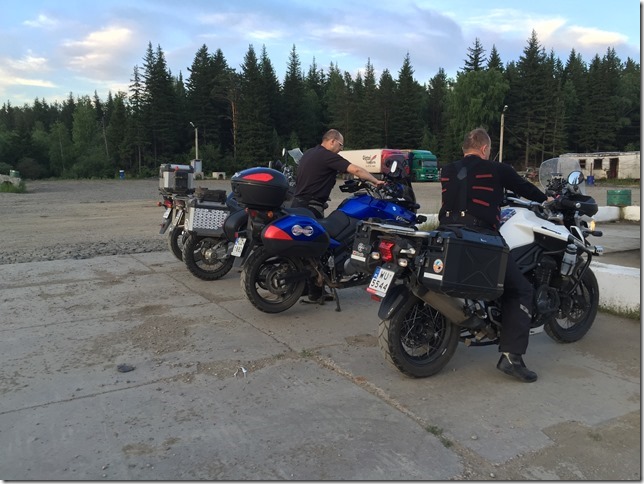 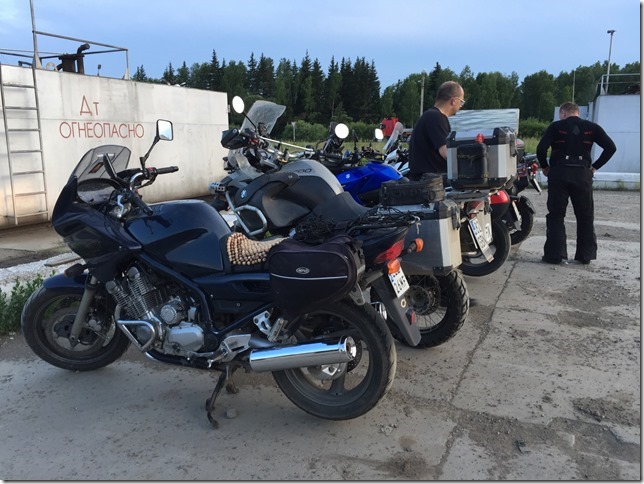 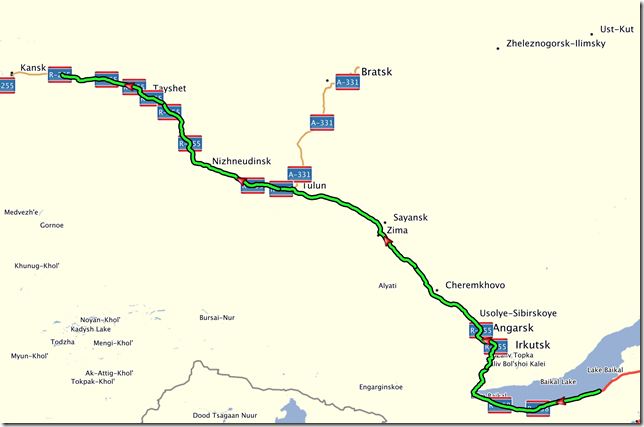 Driving today was extremely good, after driving two days now on paved roads I’m finally recovering from Mongolia. Driving on paved roads is like resting, biggest thing is to mange to keep eyes open and not fall to sleep. So much easier than driving on dirt roads where you really need to drive and not just sit on the bike.

So everything looks good again, making good progress towards home.