Got an early wake up, quick checking the bike and to the breakfast. 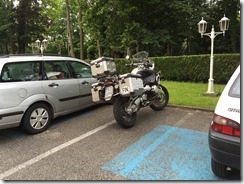 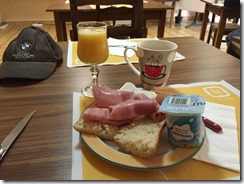 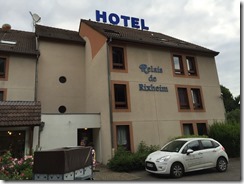 French breakfast is not that fancy, but better than nothing especially when I got no dinner.

Got a bit later start this morning as network connection was so poor last night that I could not use that to book next hotel. In the morning it worked better and I got my plans ready.

Found a nice little hotel in the middle of nowhere in Montfaucon-en-Velay and started driving towards that.

Had to do two stops on the way, one to check tire pressures again. This time I put 2.7 into front and 3.2 in rear, but end result wasn’t any better.

Second stop was just a quick one to refuel the bike.

After 463km and 7 hours later I was in the destination. Last 100 km was really excellent smaller mountain roads, really enjoyed riding those again. I really don’t like to ride on bigger roads, too much traffic and it is really boring.

For the evening part I did a quick walk around this small village which had only few bars, couple of hotels and some small shops. For me, basically nothing except the hotel and one grocery store. 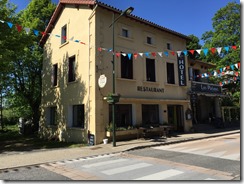 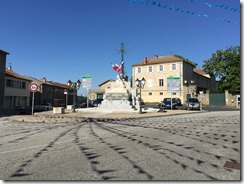 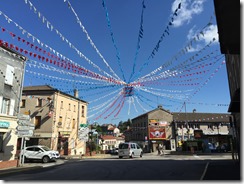 Had a sandwich from the shop to get me going until dinner in the hotel.

Hotel dinner was quite nice, nothing too fancy but plain simple food. 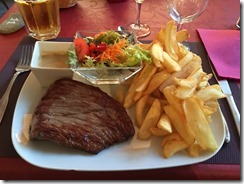 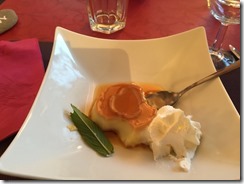 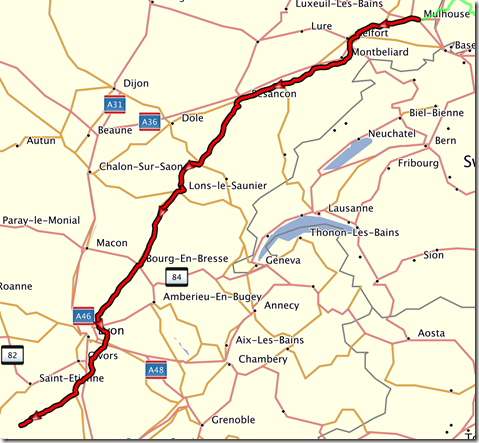 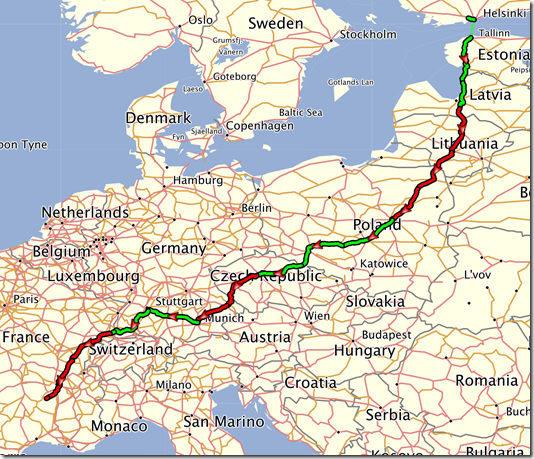