I had agreed yesterday with the receptionist that I would like to have breakfast 07:00 in the morning and once I had packed all my stuff went to see if it was there or not and everything was ready. 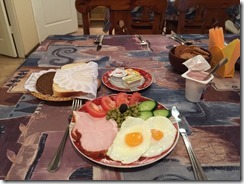 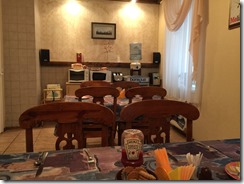 This hotel Leo was quite small and it had only two tables in the breakfast area. But all was very clean and well managed, will definitely go here again if in the area. 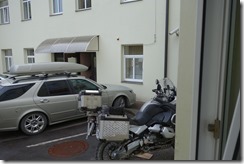 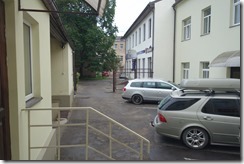 My motorbike was also waiting there just outside of my window with couple other cars.

Once I got back from breakfast, it had started raining. I decided to wait a moment to see if it stops or not as according to weather forecast it should not be raining this day.

Just before 08:00 it stopped and I decided to start driving again.

After getting out from the Daugavpils city I got into really nice Latvian gravel road again for few kilometers until returning to bigger road.

Some railroad crossing on the way as well: 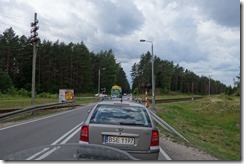 My route took me to quite near Russian border and into Vilna I did not go at all, but took a detour around it which was really nice road to drive – with an GSA. With normal street bike it might not have been as nice road…

I also took a bit more quiet eastern border crossing to Poland which I have been using before as well. This time there was a detour right after border crossing, some road building work ongoing and it looked like it will take a moment or two still.

After this took the first break in the forest area after driving a bit over 300 km. 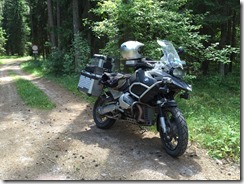 Then it was just driving to the hotel in Warsaw. Stopped second time some 40km before Warsaw to get some more fuel. I was wondering whole day that something has happened to bike fuel consumption as it looks like it is consuming less now after I took the Power Command and AutoTune out from it. Average consumption for this day now only 4,8L/100km.

I was trying out a bit different route to the hotel than before, but all other roads but the main ones are full of road work so failed on that as well and arrived some 20 minutes later.

But after 10 hours and 672km I finally reached my familiar hotel in Warsaw, had a small dinner and day was done again. 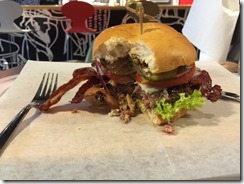 Did some walking, but my leg is still hurting too much so I could not do very long walk. Must get the leg into better shape for walking, good that it does not bother me while driving!

All in all good riding day, end was a bit boring and too hot (+30 degrees) but warm and sun is something that I’m after on this trip. 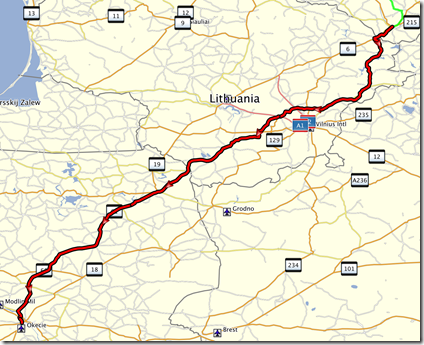 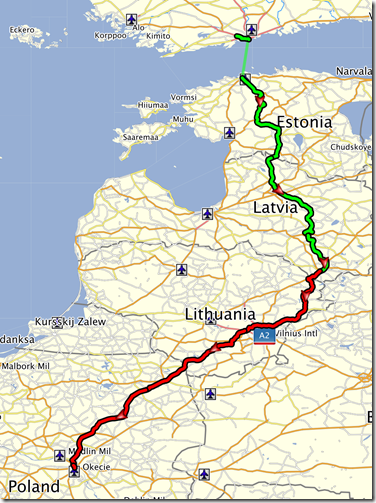