Got small breakfast from the hotel, nothing fancy but enough to get me started for the day. 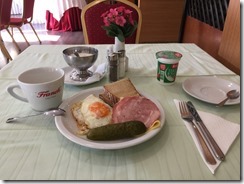 During the morning next route had been drafted and theme – again – would be small and even smaller roads.

By 09:30 I was ready to leave after packing all the stuff. Bike was resting in direct sunlight when I got out, had to move that to a shade to pack the bike.

After getting out from the city I got into smaller roads and rest of the Croatian side was this type of roads: 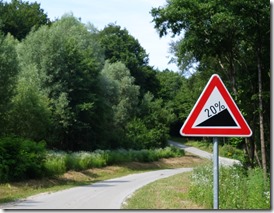 Really nice roads going left and right, up and down!

Soon it was time to move to Slovenia for a while, just to get a peak of what is over there. I have been driving in Slovenia before as well, but mainly on bigger roads and when looking at the map it is always a bit more difficult to see what kind of roads there are when you have not seen how it looks like in real life.

But Slovenia did not disappoint me at all. Really nice small roads going through small hills and villages. 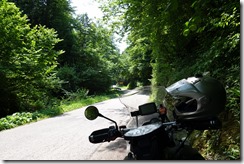 This was a bridge to get drinking water from a small well, there was even a glass to drink. 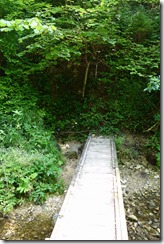 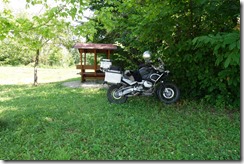 Some river or lake by the road in Croatia: 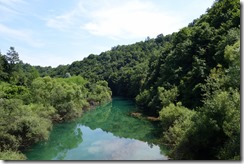 On Croatian side I managed to get into really really small one lane road. There was just one other motorbike coming towards me – an BMW GSA. And I’m not wondering since road was just perfect for GSA, with normal street bike not that enjoyable.

Also on the way there were two car colons parked on the road and on both of these cases there were people pissing by the road and drinking beer. They were all very much dressed up so most likely there was some big party somewhere along the road.

After driving some 6 hours I got into my next hotel in Tourist Center Marko. This is very nice hotel just by the road, there is also option to get room a bit further away from the road but I decided to stay there as restaurant was also just downstairs from the room. 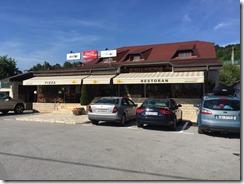 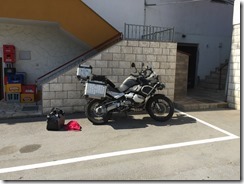 Got my clothes to dry on a balcony: 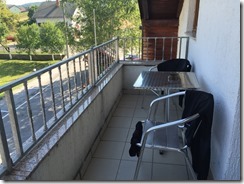 Dinner was some local stew. 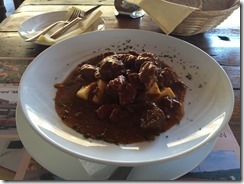 Heat is still there, during the day it was mostly above 30°C and by the end of the day’s driving I started to feel a bit tired and it was affecting my driving as well. Would not be that big issue on bigger roads, but on smaller curvy roads this slowed down my speed quite a lot. I even drank a lot  during the day (3L during the driving + amount from breakfast) but it was not helping much. Hopefully after few more days this will get better as it has been in the past.

This day was planned as 268 km ride, but it turned out to be 290 km as I did some extra small roads just for the fun of it! 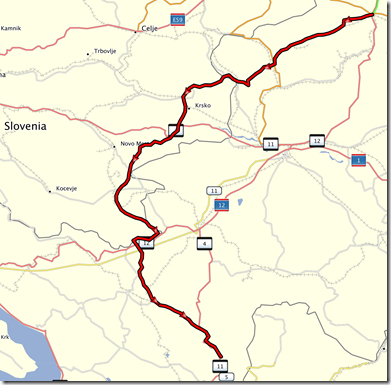 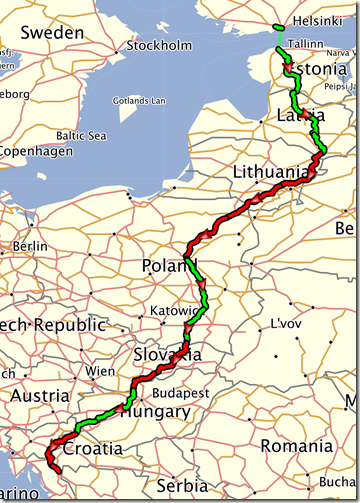