Day started a bit lazy in Petteri’s place, took a morning coffee and some break in good time and by 09:00 I was riding again.

Petteri came out as well to see when I was leaving, bike was there on the parking place just fine. 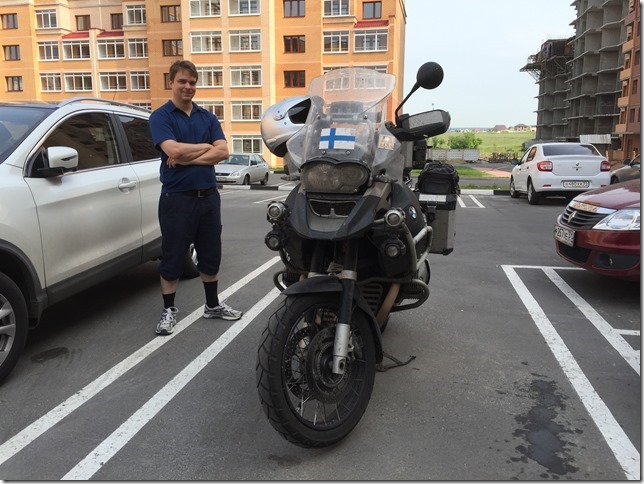 This was now first day I was riding without a booked destination so end of the day I just need to find a place to stay.

Took a first break after riding quite a lot and of course out from nowhere there was some local coming to chat something and looking at the bike. Just managed to get something to drink and leaked extra out from me before he arrived. 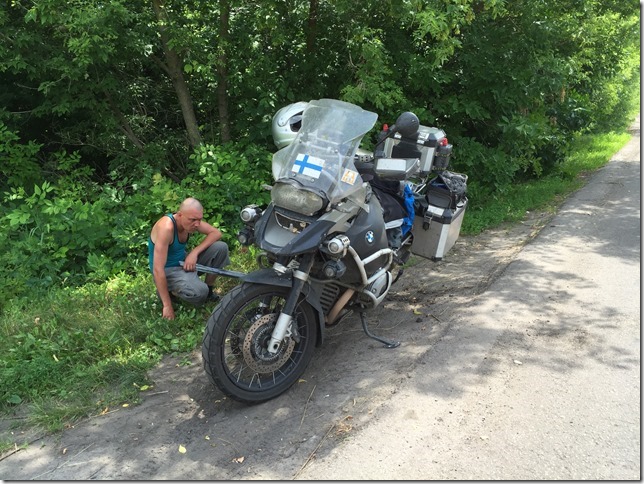 Also found a bird under the tank, could not get it out so will wait until I get back to Finland as I need to remove the tank to get into that place. 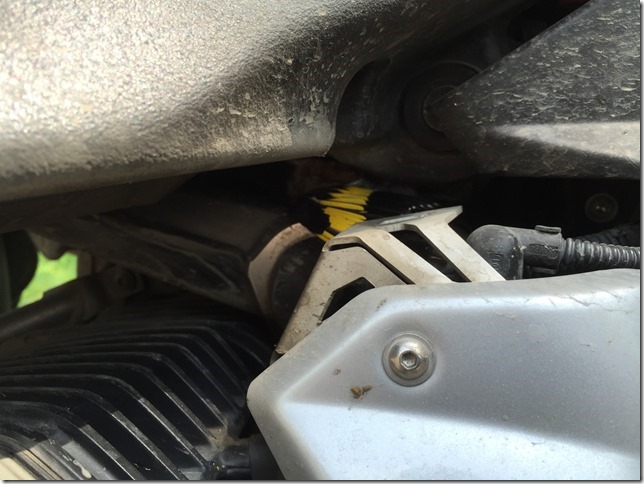 Stopped to get some more fuel and also an ice cream (first one on this trip) as it was really hot, some 32 degrees already. 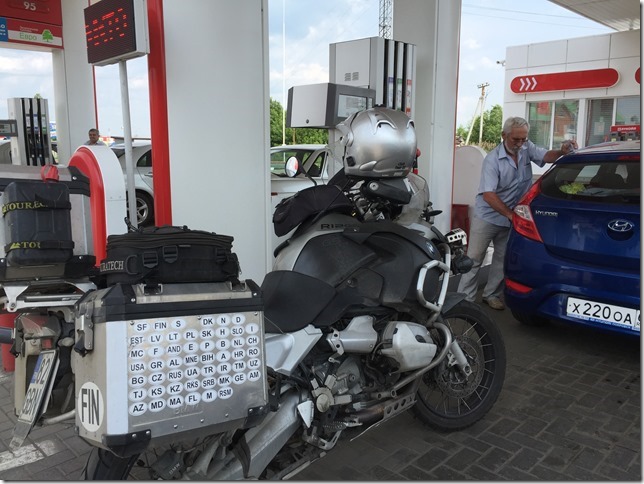 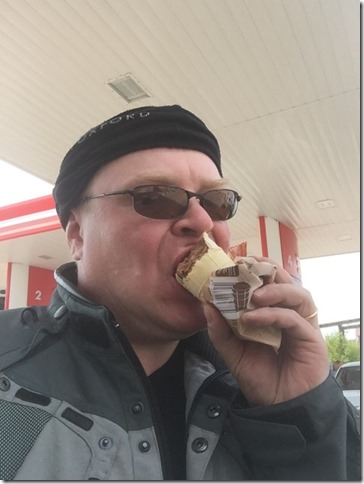 Drove through city of Saratov just to get to the bridge over Volga river. In the middle of river there was a small sandy island with lots of people swimming and taking sun.

After Saratov road got much worse and bike was hitting hard on some places to holes.

I also started noticing that there were no fuel stations, no hotels/motels on the way and started to get a bit worried on this as it was getting quite late.

Just before sun was going down I found a fuel stations and got route to the motel nearby in Ershov. This was actually quite nice place for a motel and only place within tens of kilometers. Lucky me. Would have been perfect place if there had been internet, but cannot get everything. 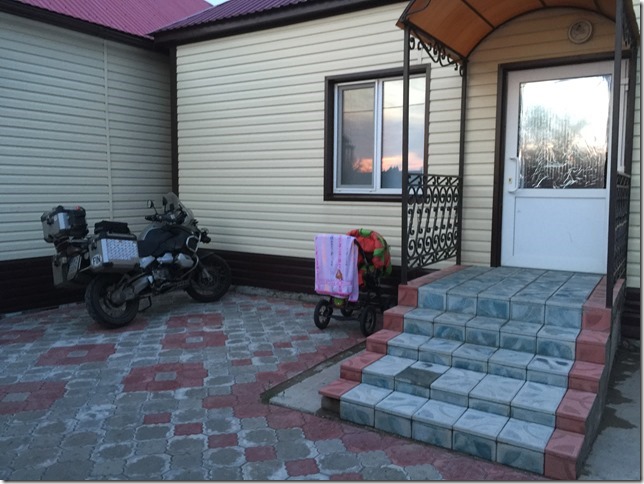 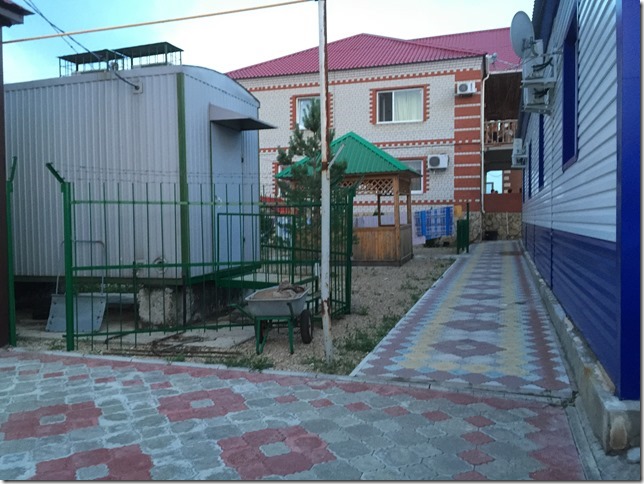 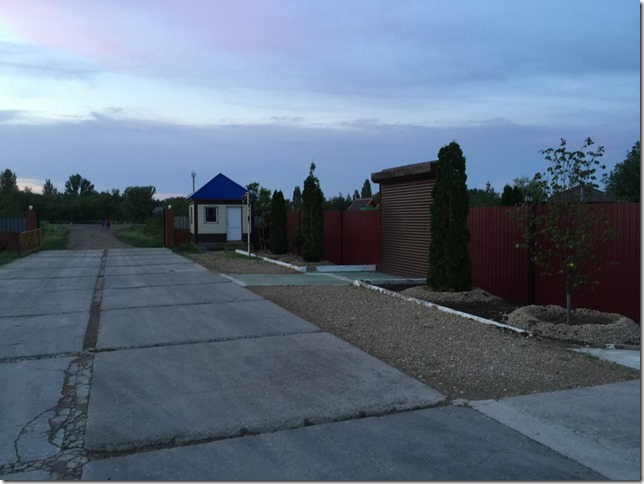 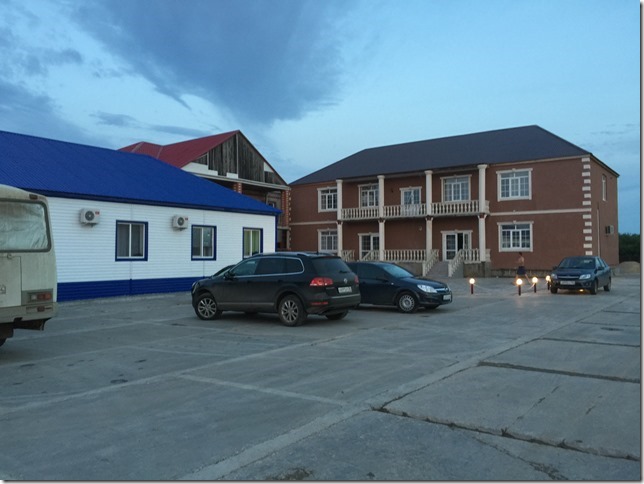 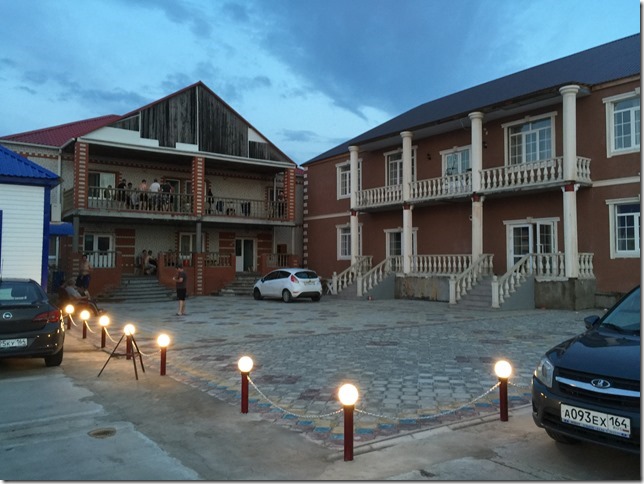 Got some dinner, borsch soap, checked with smashed potations and a coffee for dessert. All good. 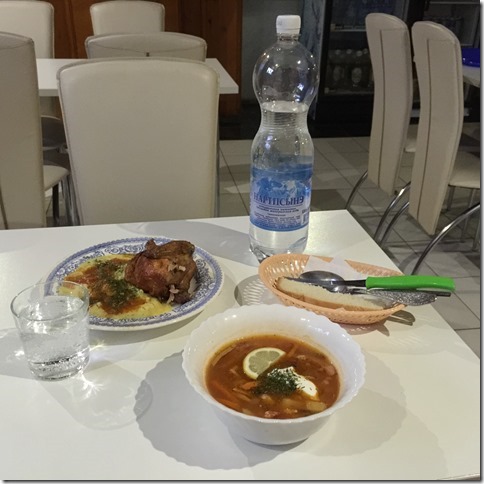 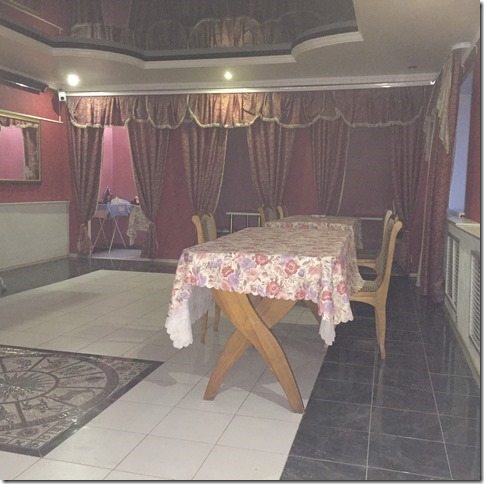 Last thing that was left was washing clothes which I hanged in the middle of the room to the lamp. 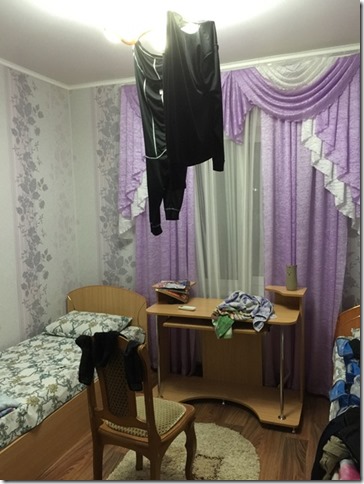 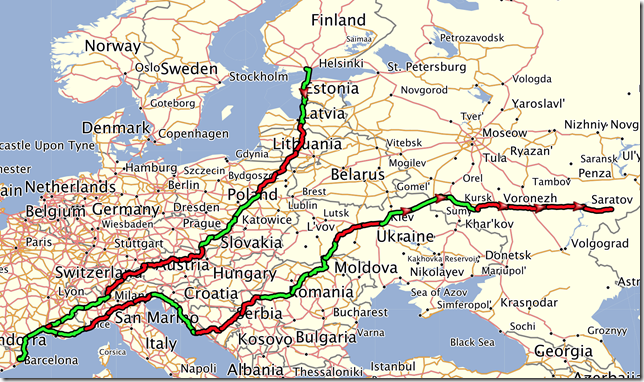