Today I was not in a real hurry anywhere, had small breakfast at the hotel, did some planning for next day etc. 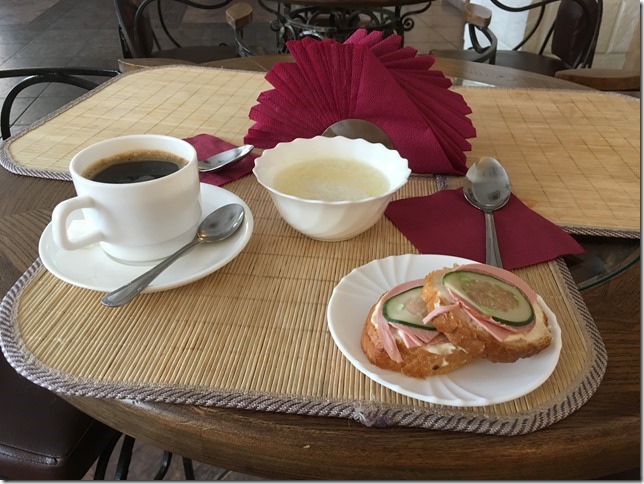 After breakfast I went to local telephone operator store and purchased local prepaid SIM card with unlimited data service and some phone calls as well for a month. I paid some 450RUB for this and seems to work just fine. What a relief finally not being so disconnected all the time. And in many places the internet is not that great either so now I can have my own connection when those fail.

For getting SIM card in Russia all you need is to take your passport with you and they will sell you one after registering it under your name.

By 10:00 I packed tires on the bike and started driving towards place that I learned yesterday to get my bike serviced. 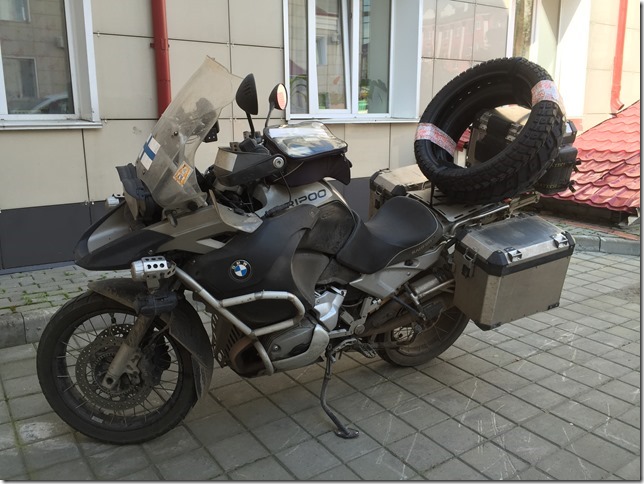 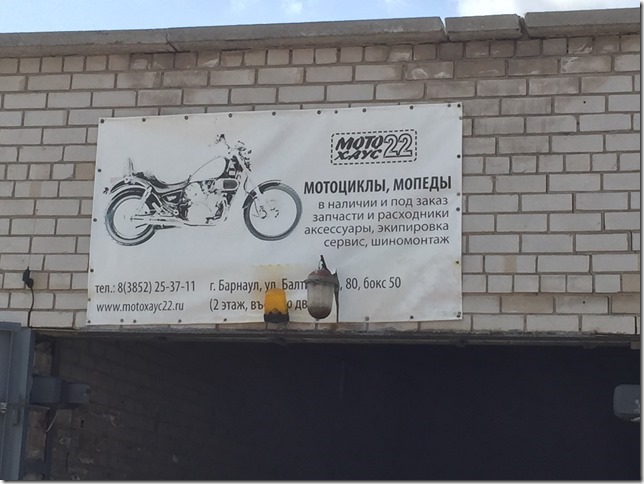 This actually turned out to be two places: One was this Motohaus22 which was selling motorbike oils, filters, tires etc. and then there was the actual service place which I believe was run by a man called ‘Viktor’.

Bough 5L of oil as I had already consumed my spare one on the way here. They did not have 20W-50 full synthetic, but mineral will do just as good. I will probably do a next service a bit earlier somewhere along the way back home. 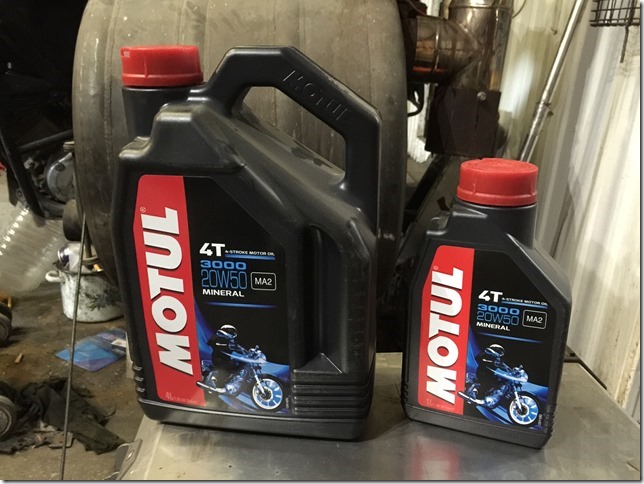 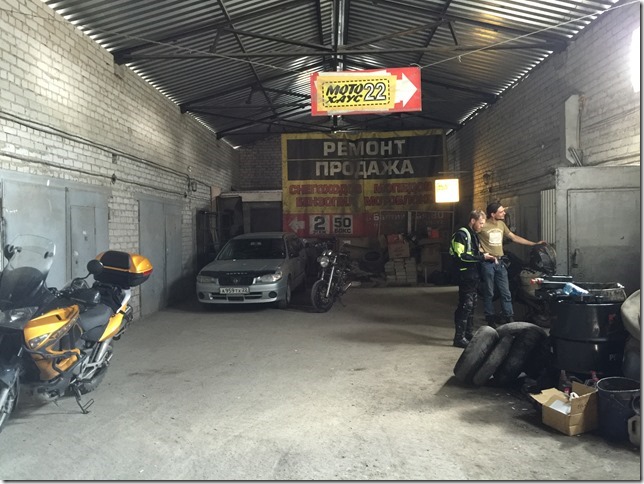 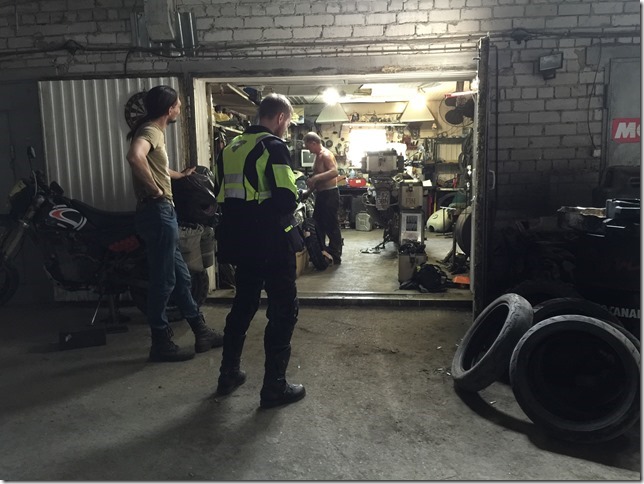 I needed to wait only some 15 minutes before other bikes were cleared from the area and I got my bike in and then started first with tire change. 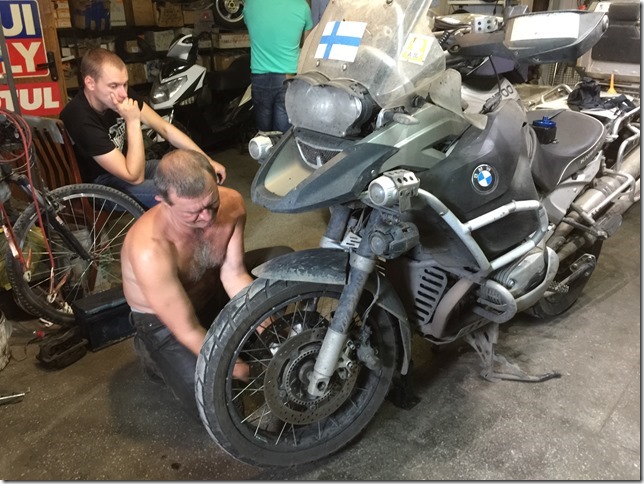 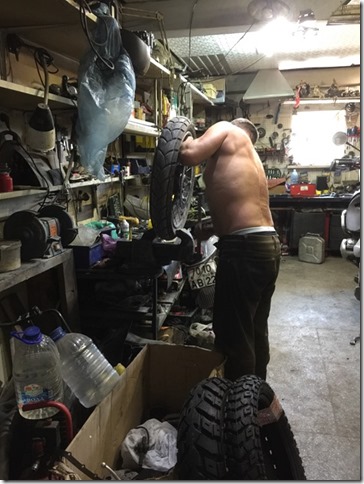 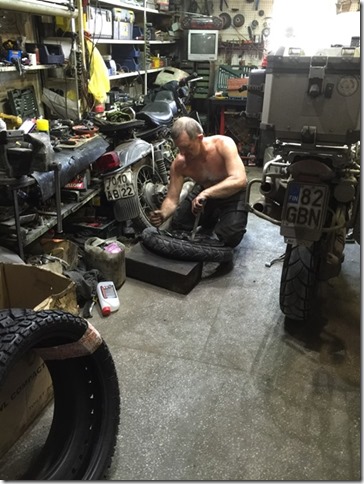 No reason to use any balancing machine when this old method works! I use this sometimes as well. 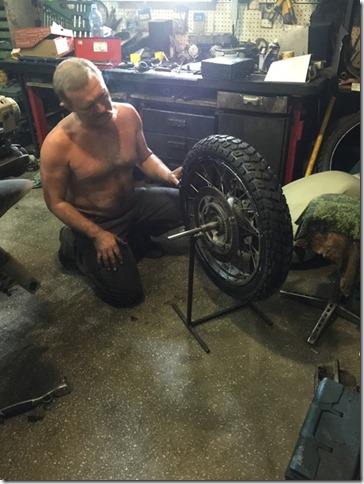 Bike got also new brake pads for rear, old ones had maybe millimeter left or so. 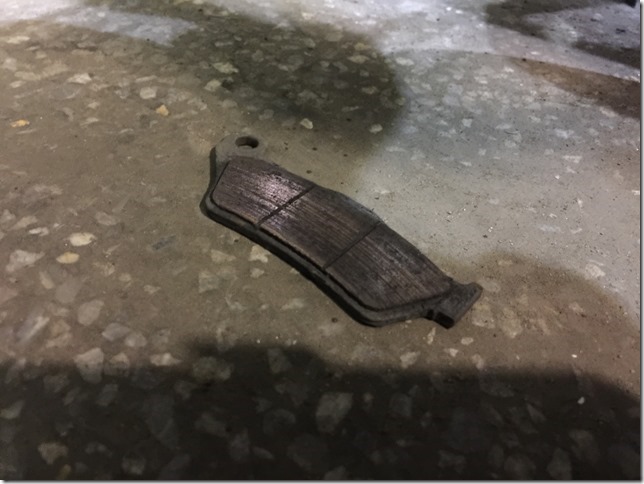 Oil and oil filter change. I had my own filter with and also a tool for that, just in case. 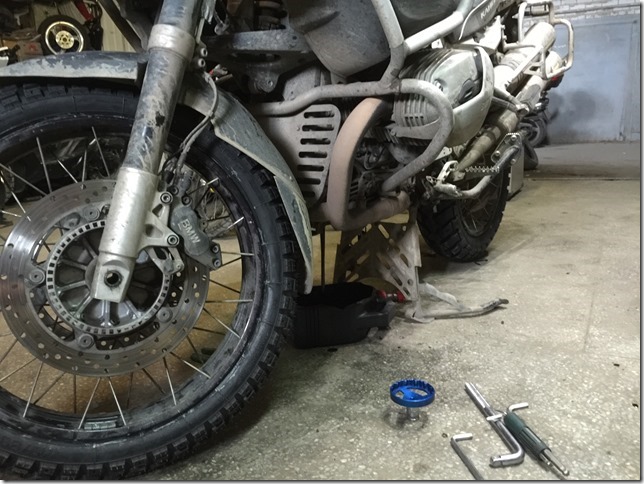 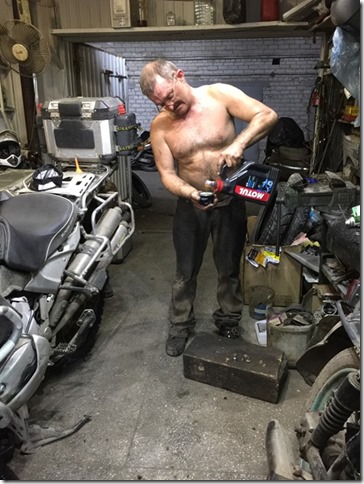 Was planning also that valves are checked, but when discussing with that Viktor took out stethoscope. Reason being that in Russia they do not open machine without a reason and with stethoscope he listened and told me that valves are ok. And I believed him as my own ears were also telling the same after new oil was in. 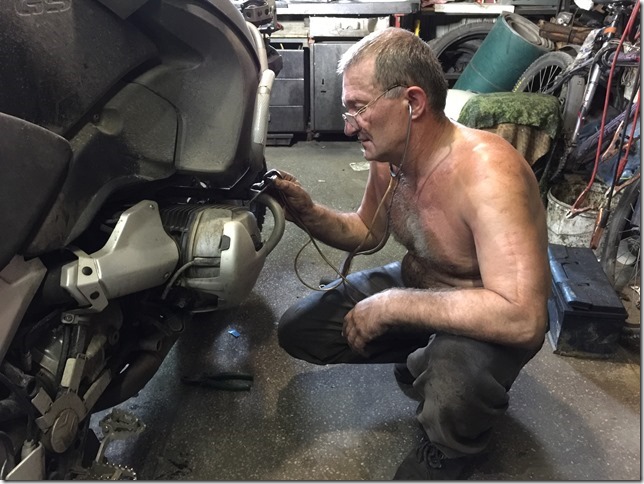 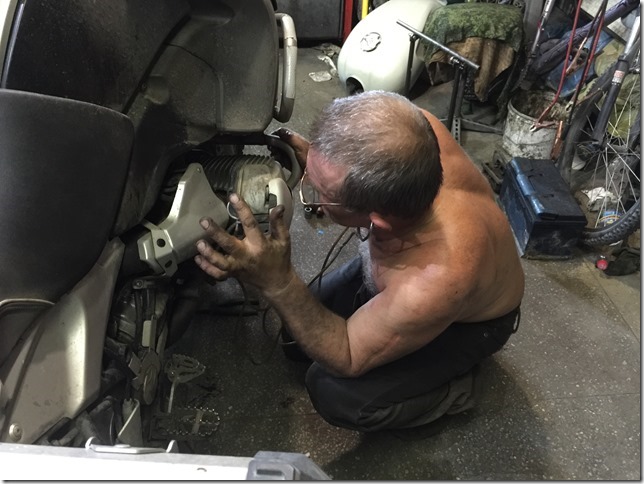 Also new air filter was put in and my left mirror tightened. Hopefully it will now hold better.

All this took some 3 hours or so, paid Viktor and went to wash my bike. 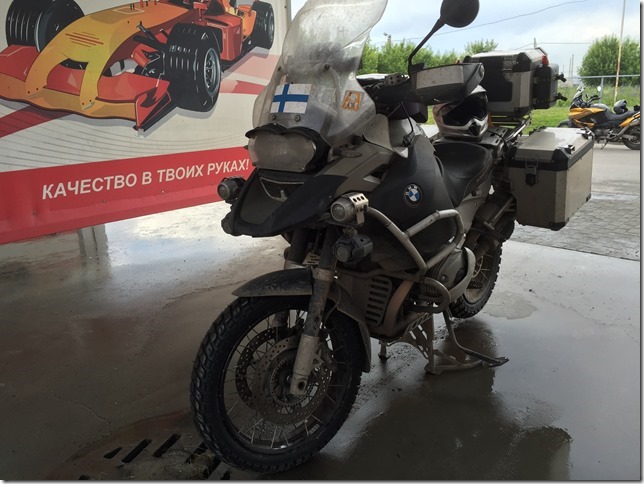 And what a change it was, all so shiny again: 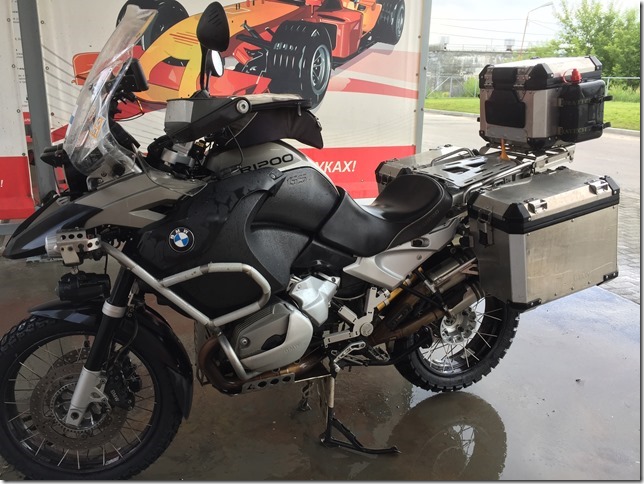 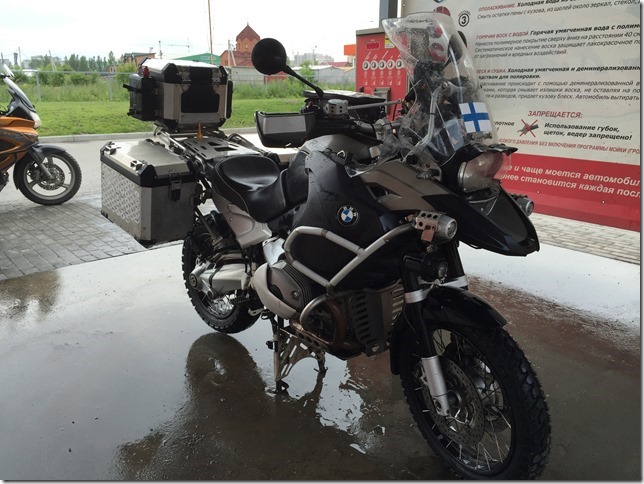 Many thanks for this guy for helping me get my bike washed. 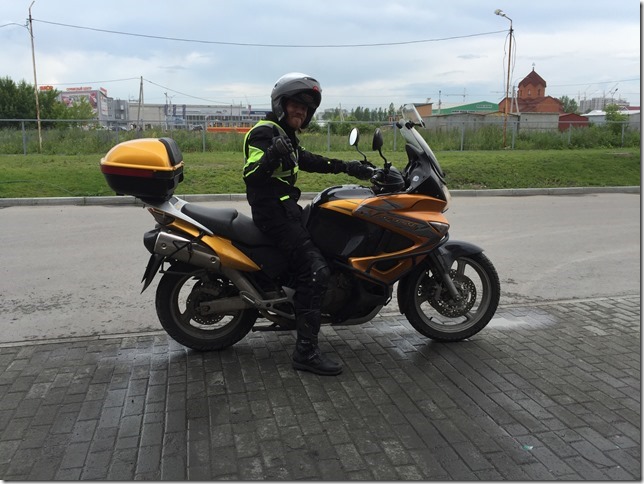 For dinner I had just a small portions in a café near the hotel. 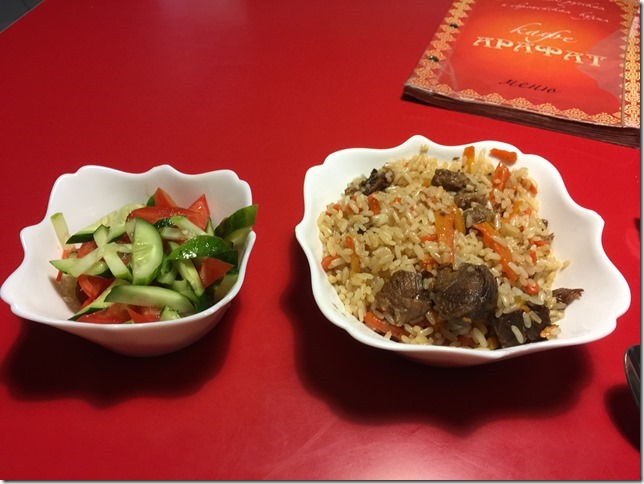 Rest of the day I walked a bit more around the city, made plans for coming days, did some research especially on the Mongolian border opening times. 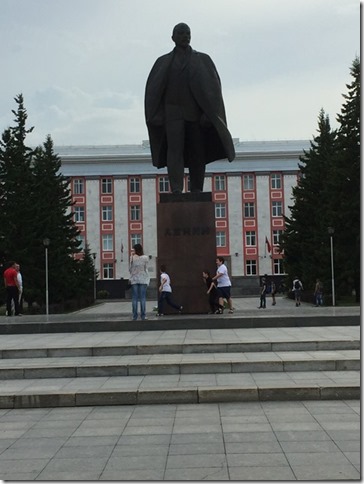 Driving on this day was 22 km.