Had an really good night sleep, first time on this trip I woke when my alarm went on. Or then I was just really tired…

This time I would even get an breakfast from the hotel! On the way there checked the bike and it was just fine. 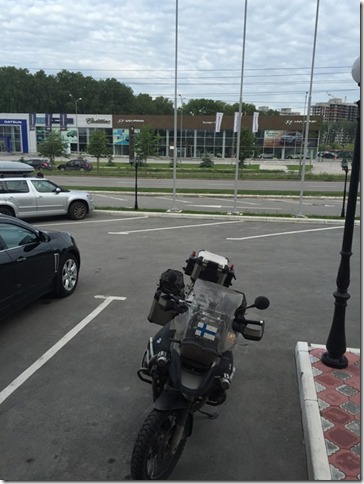 Very nice little breakfast room, I could easily think of being somewhere in western Europe and not far away in Russia. 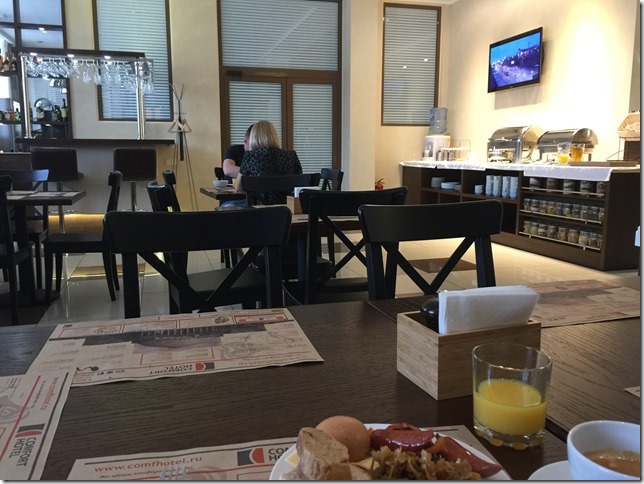 This would keep me going for whole day, no need to stop to eat on the way. 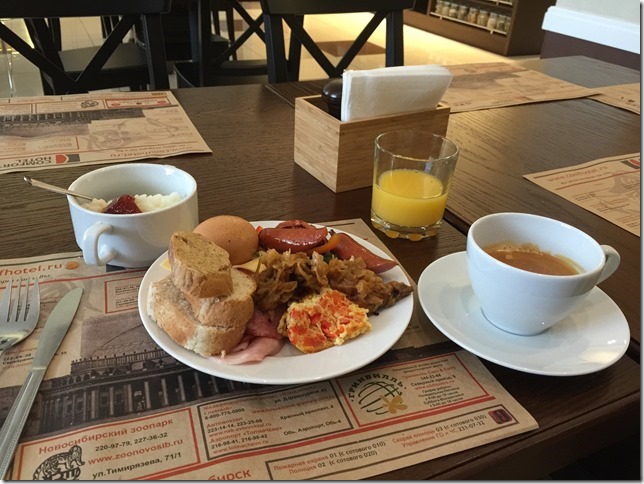 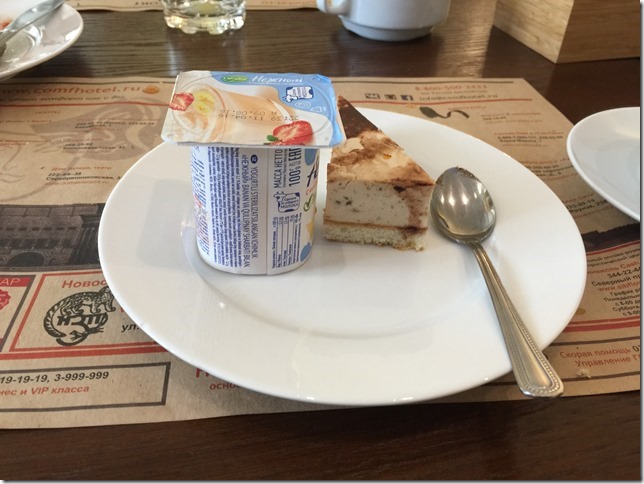 Hotel also did the registration for me, these roadside motels do not do that. At least without asking which I have not done. 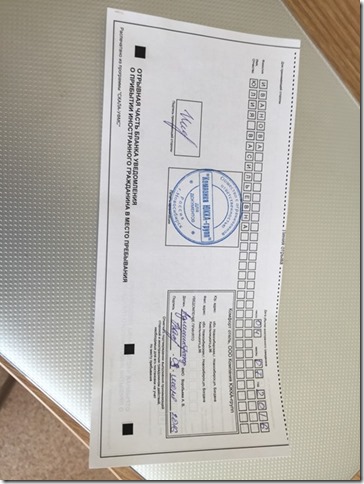 One more task I forgot to do last night. My new BMW Rallye suit is falling apart so some sowing to do. Not very nice, but at least it works until I get it done properly with a machine. 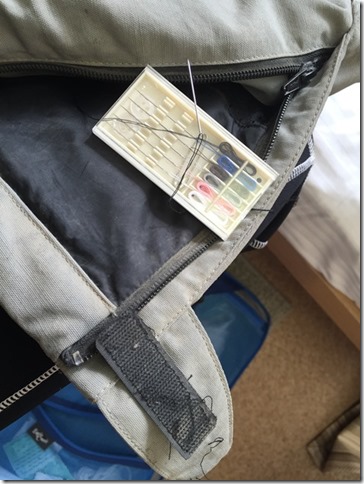 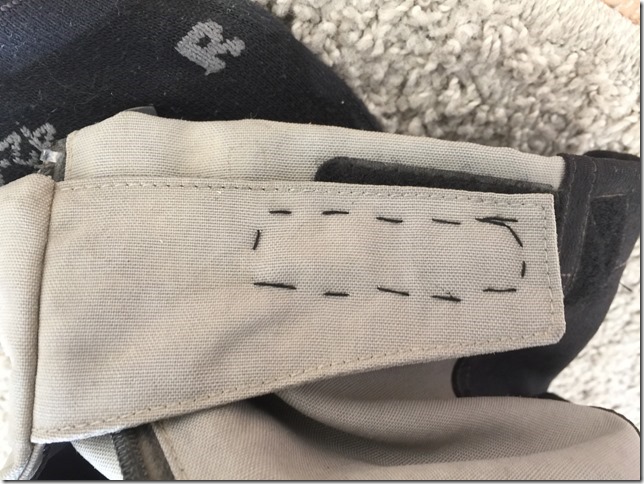 And some more cash on the way. Don’t want to use credit card anymore when getting fuel. 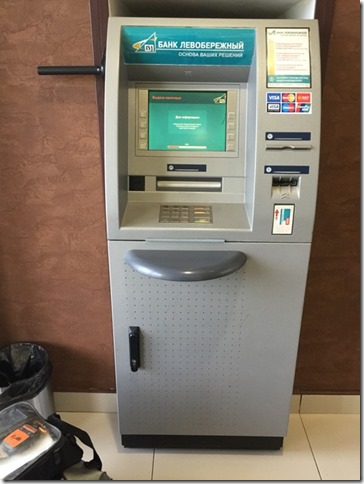 After driving some 100 km I stopped to get more fuel. 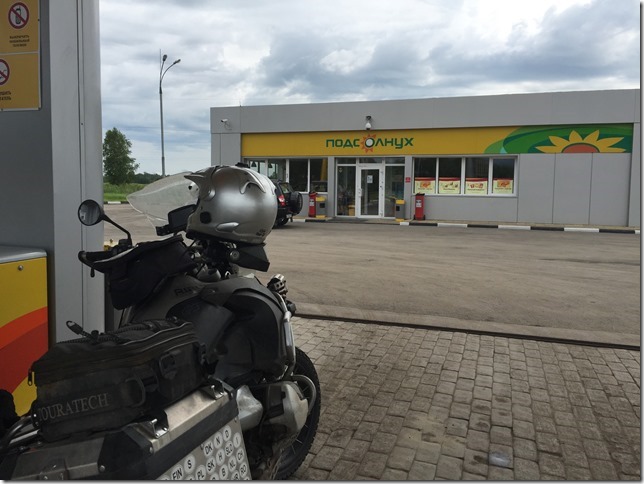 And as in the direction I was heading it looked very dark I put rain suite on. 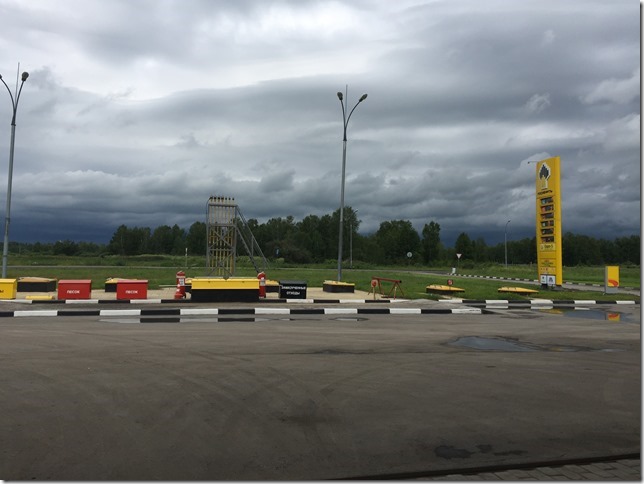 It took only few kilometers and then the rain started. And it rained for the next 500 km, not all the time, but enough to keep me and road wet.

Was struggling a bit with these Heidenau tires as they are not the best on wet. Lucky for me the road was in perfect condition most of the time.

Next stop was for fuel again. As it looked like it was not going to rain anymore, I took rain suite jacket off again and left pants on just in case. 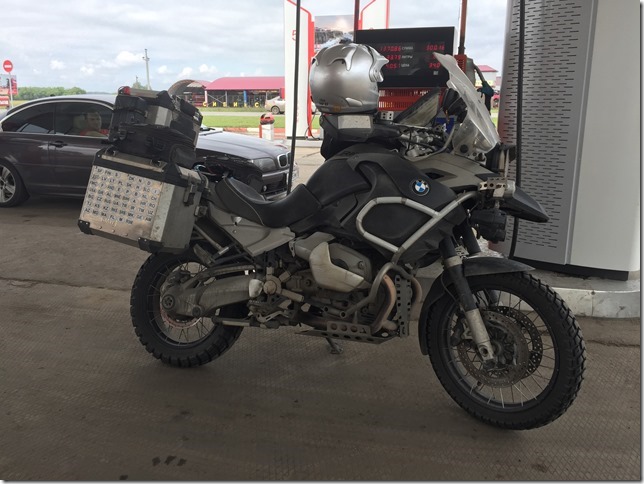 Lots of these extra ‘stops’ as well. There were road works in many places. 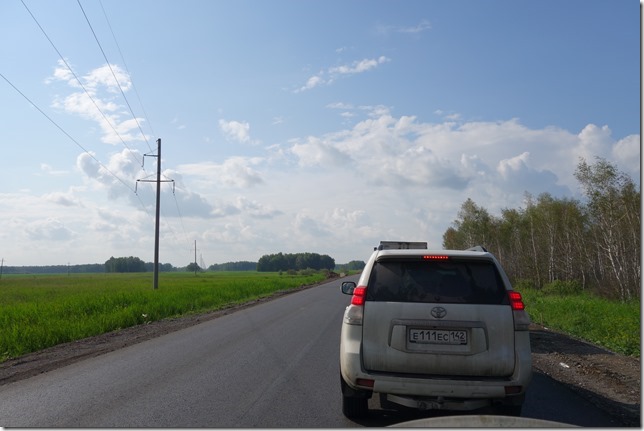 Speed limit on these roads seems to be 120 km/h for most of the cars and I was also adjusting my self into that. Road was going through some swamp and lake area, no villages no nothing in here.

Just some 50km before arriving to my place for the evening there was really nasty looking accident: one car had hit truck and it was a direct one, there were people not in a hurry to get passengers out from this small car… This happened just few minutes before I came there as there was not many cars in the queue trying to pass by this accident place.

Before and after Ishim road was in pretty bad shape and lots of mud on the road as well. This lasted only for few kilometers so I went through fast.

And it was starting to rain again. I had looked one motel by the road and was heading to that, only 20 km left and I did not put the rain jacket anymore on but just drove to the place.

This place is really by the road, road passes this in 10 m or so. 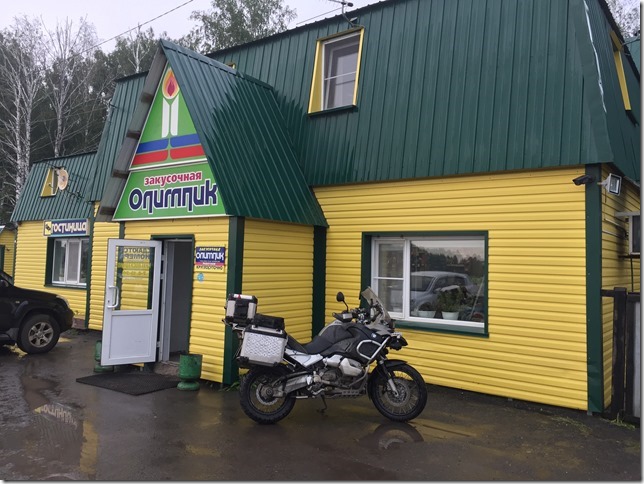 Café downstairs, 5 rooms upstairs. Not very big place but it had food, bed and shower so all I needed for this night. 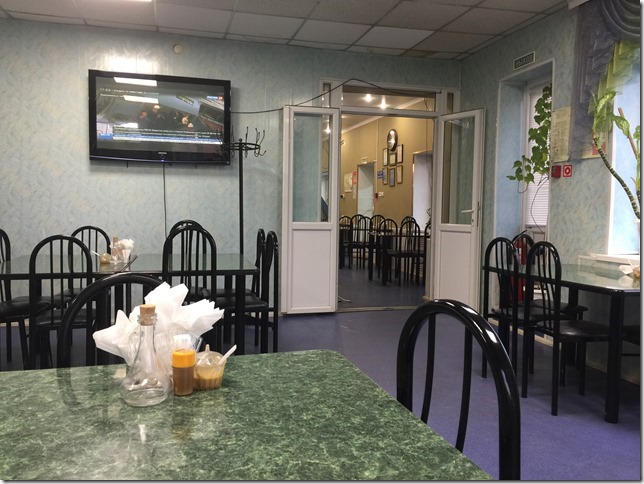 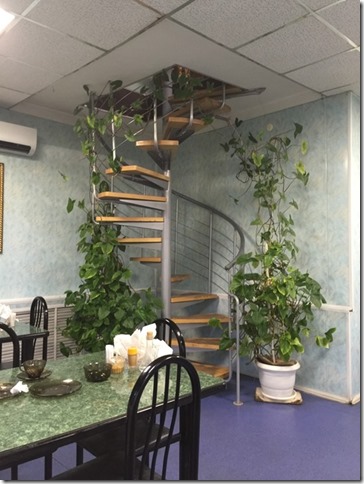 Dinner was not that fancy as yesterday, but cost was only something like 1/3. 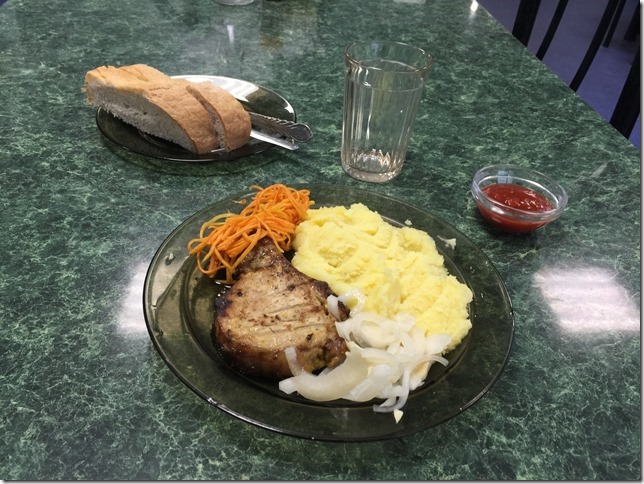 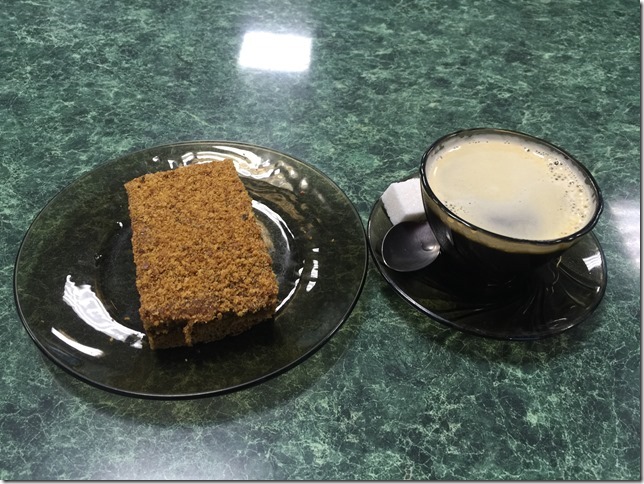 Place had no Wi-Fi and my internet connection though phone was working only on Edge, not much else to do than going to bed very early.

Driving felt extremely good today and I was having only two real stops. Other than those small stops for road works I just drove whole day.