For some reason could not really sleep well, probably because room was to hot so decided to get up and started day early with a coffee. 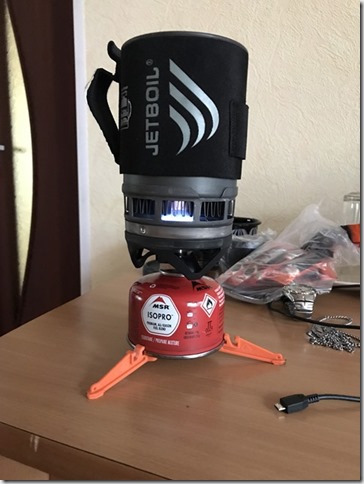 By 7:30 I was already packing the bike again and started riding again. 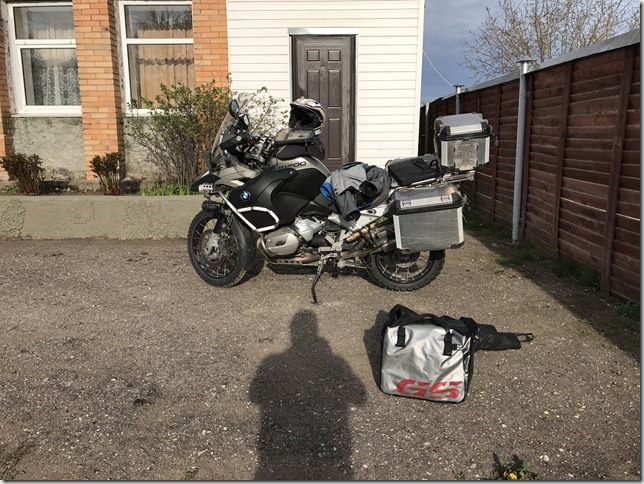 Few stops on the way for fuel and to stretch a bit. Weather was quite fine, still a bit cold but warming up.

After riding few hours I noticed that my ABS warning light was on, obviously I had lost ABS functionality on my bike. On first stop after this also my speedometer was not working right after starting, but after riding few kilometers it worked again.

Looked like my rear speed sensor had failed. Decided to ride a bit longer so I would have more time tomorrow to investigate what was wrong with it. 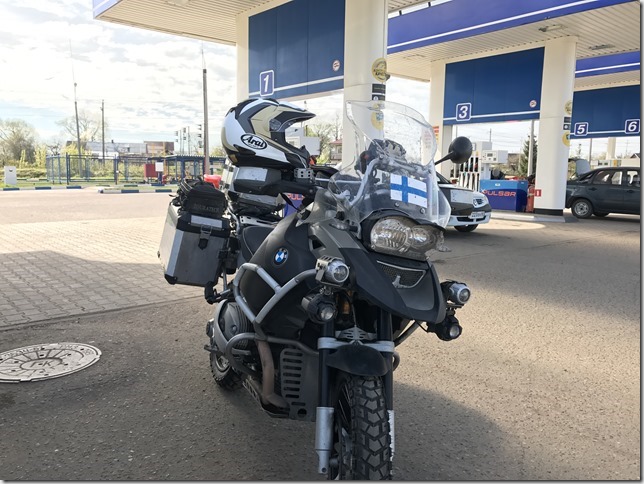 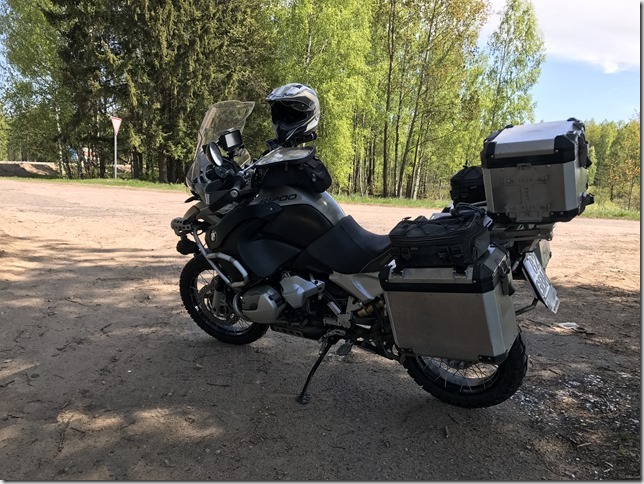 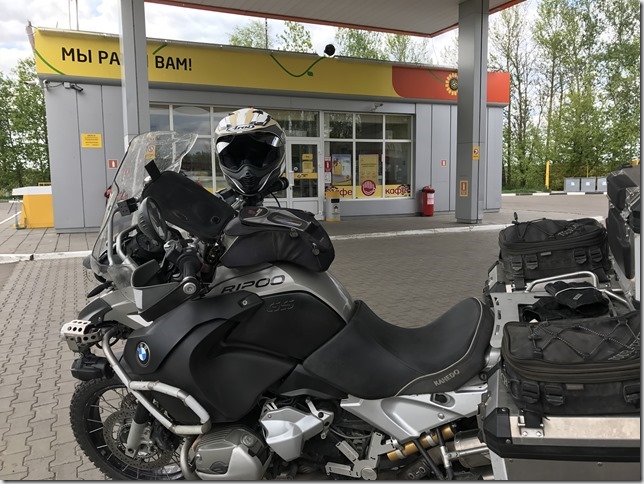 When approaching Bryansk it looked like it was about to rain, but did not. After Bryansk I was also stopped by a police, all they wanted was to check papers and as they were ok I was free to continue again.

I was in the search for a place to stay closer to border, but all those that I found were full or closed. So plan changed, did a quick refill of fuel and decided to head to border and to Ukraine. This would give me also possibility to see local BMW dealer in Kiev if they would have rear speed sensor in their shelf or if something else was needed for the bike. 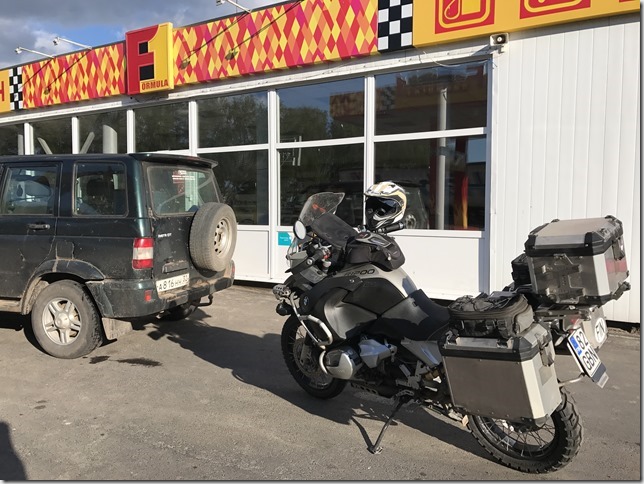 Time was around 18:30 when I got to the border, went directly to the front of the queue and quickly to the passport control. Still it took almost an hour before I was able to move to Ukrainian border. In this border they collected passports and papers from 3-6 cars and took them into office for inspection. And this took time, but finally I managed to move again.

On Ukrainian border things moved a bit quicker, but for some reason they wanted to check all my luggage’s and that was the time consuming part. But all ok and I moved on about 20:00, 311 km to Kiev.

Road from border to Kiev is pretty much two straight lines, boring, very boring road. Managed to ride in about three hours from border to Kiev and last two hours riding pretty much in dark. Not fun, but eventually made it to the hotel Bratislava. I was not planning to go into this one, but I was too tired to find the other one which I did not have in my navigator. I had been 2013 in this hotel and it proved to be nice enough.

Got bike parked in front of the parking guard office and went to sleep.

Booked room for two nights so tomorrow I have full day to see what is wrong with the bike. 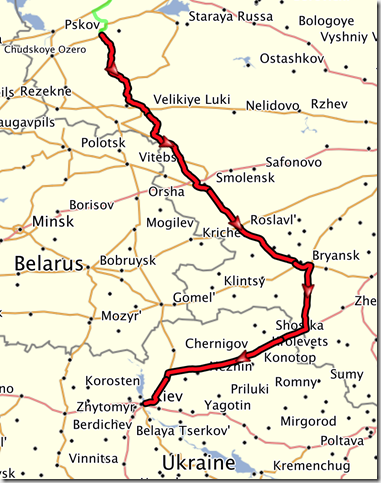 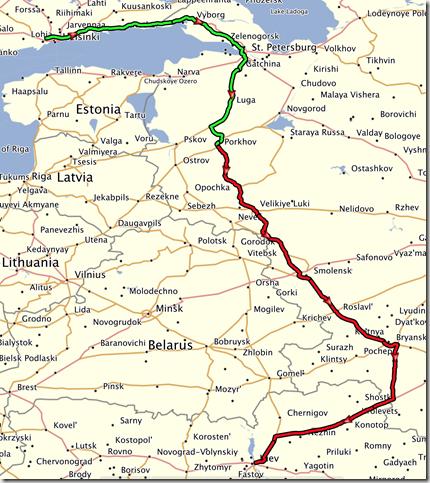